Who is Guru Randhawa? Only the most watched Indian singer on YouTube

The 27-year-old has come up with sweet, fun Punjabi hits, that are devoid of vulgarity.

If you have ever been to a pub, attended a wedding, or generally just lived and breathed in North India, chances are you have listened to ‘Tenu Suit Suit Karda’ from Hindi Medium, ‘Lagdi Hai Thai’ from Simran, or ‘Ban Ja Tu Meri Rani’ from Tumhari Sulu.

However, if you only know the Bollywood version of these songs, you are missing out. The man behind them — Guru Randhawa — has far more music, and magic, to offer. 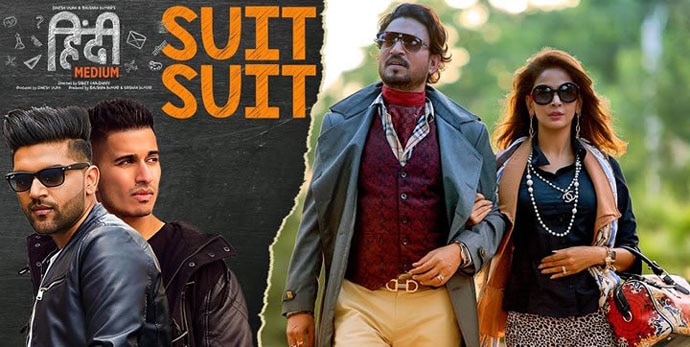 Not for nothing has Randhawa, who turned 27 on August 30, become the most viewed Indian singer on YouTube, crossing three billion views.

If you dip further into the happy, peppy world that is Punjabi music, you will be rewarded with fun numbers such as ‘High-rated Gabru’ and ‘Lahore’, all courtesy Randhawa.

His songs, which he writes and composes, are set to groovy beats, the lyrics simple and sweet. While the songs are fun, they have nothing of the vulgarity and misogyny common in many Punjabi songs.

His own interviews seem to reflect the same simplicity and directness. He developed an interest in music through watching TV, specially Gurdas Maan on New Year’s eve on Doordarshan. He had told The Indian Express: “There is no grand story behind my interest in music. Mujhe bas TV pe aana tha (I just wanted to be on TV).”

He has achieved that dream, and how.

The ‘most viewed singer’ tag on YouTube is not the first laurel he has earned.

His song ‘Lahore’, released last year, got 500 million views on YouTube in just six months, the first Indian single to do so.

In January this year, ‘Lahore’ featured on the 21st position in the Billboard Top 25 on YouTube, along with international artistes such as Ed Sheeran, Luis Fonsi and Bruno Mars. 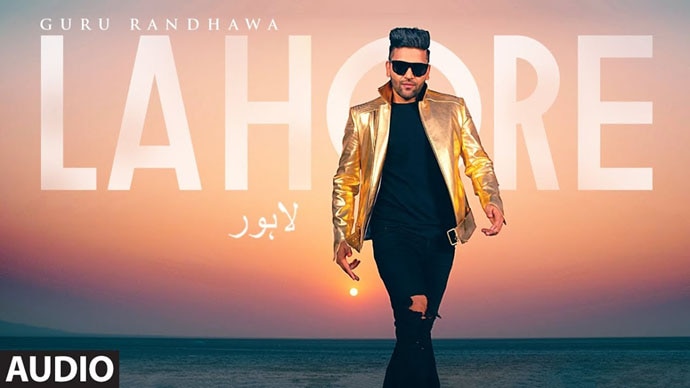 The artist also has over five million followers on Instagram.

Popularity did not come overnight to Randhawa. He started off with small shows in Gurdaspur, then moved to Delhi. He says he would be paid about Rs 500 per show.

Things changed with ‘Patola’, which also featured rapper Bohemia, in 2015. As popularity, and visibility, increased, Randhawa got a break in Bollywood, with his song ‘Suit Suit’ adapted for Hindi Medium. There has been no looking back since.

In 2017, he performed along with Yami Gautam at the opening ceremony of the Indian Premier League (IPL).

This year, he was part of Bollywood's Dabangg Tour 2018 in the US and Canada, along with the likes of Salman Khan and Katrina Kaif. During the show, Katrina shared a video of Maniesh Paul and Randhawa trying to teach her Punjabi, which had gone viral.

Randhawa says live shows are what he enjoys the most.

“When the audience resonates with my music and sings every single word from the song, the high of performing live is unmatched... The thrill, the love, the energy all makes it an unforgettable experience,” he has said.

But despite featuring in most of his videos and blessed with chocolate box good looks, for now, he has no plan of acting. “I have featured in many videos, but that's all I can do. I have got offers from many reputed production houses, but I have declined all offers. I don't think I will be able to act, I am not talented in that area,” he told Times of India.

Randhawa also says that in contrast to his fun-filled, energetic songs, he is ‘moody’ and has few friends. “I might have sung party numbers but I love to party alone. I have a very small list of friends with whom I gel and love to spend my time with,” he told The Indian Express.

He is also clear about staying off vulgar and sexist lyrics, which have catapulted many of his contemporaries to instant popularity. “What’s the point of creating something which cannot be enjoyed by everyone anywhere? I don’t want to embarrass a family which is sitting together and watching videos of my songs,” he says.

We can only add, suit suit karda.

Also read: We don't know why this photo of Alia Bhatt went viral