A new video shows the 24-year-old saying she fears for her life in her father's home.

A 24-year-old student registers herself on a matrimonial website. She meets a man, they like each other, they get married. The woman's family is not happy with the marriage. The bride and the groom are adults, the marriage is perfectly legal.

What should at best have been a domestic dispute requiring relationship counselling for a daughter and her parents has turned into a massive battle, involving two communities, two levels of the judiciary, politicians, references to a terrorist group and the country's elite investigative body.

What the Hadiya case - her conversion, marriage, annulment of marriage and subsequent confinement in her parents' home - seeks to settle is big questions on religious conversions, radicalisation of youth, ISIS sleeper cells and judicial overreach. What is lost in the high-voltage din is the voice of a 24-year-old woman, an adult citizen of a democratic country.

On Thursday, a video featuring Hadiya was released by an activist - who chose to release only parts of it - in which she says she fears for her life and is being assaulted by her father in her home, where she has been under house arrest. Her husband, Shafin Jahan, has requested Kerala chief minister Pinarayi Vijayan to intervene.

In all of this, Hadiya's fate continues to lie out of her own hands. Not once has Hadiya, who was once Akhila, claimed that she is confused about the major life choices she has made. Not once has she sought help or guidance, even as the Kerala High Court, the Supreme Court, the women's commission, various religious bodies and political parties have associated themselves with the case. 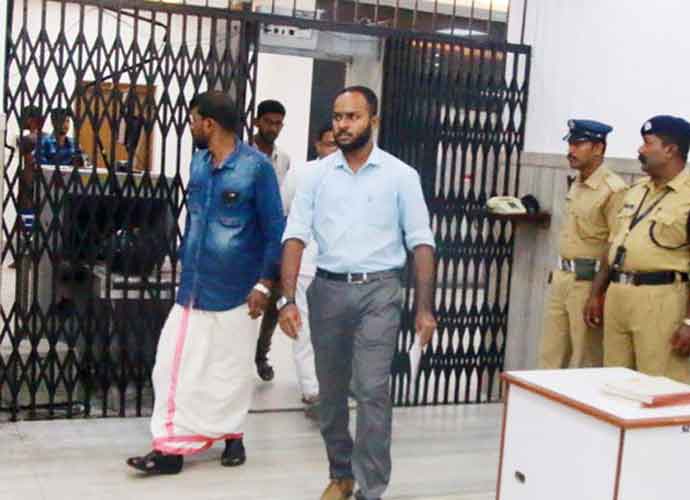 She has been clear that she changed her religion, and got married, of her own free will. But her voice, and her choice, are not deemed to be enough to settle the matter.

After a long battle in the high court, the Hadiya case is now in the Supreme Court. As lawyers argue over whether or not Amit Shah's politics is divisive and whether Yogi Adityanath's claim of "love jihad" in Kerala is nonsensical, Hadiya herself seems to have become merely incidental to the case, lending her name to it, but otherwise removed from it.

Whatever the final decision on the legality of the Kerala HC annulling Hadiya's marriage and the need for an NIA probe into the "love jihad" angle, the fact remains that an adult woman has been infantilised, presumed to have no agency of her own, her opinion ignored in determining the course of her life, and this, in a democracy, is a shame.

Hadiya, born Akhila Asokan, is the daughter of a devout Hindu mother and an atheist father. In August 2010, after completing school, she went to Salem to study homeopathy. Here, she was impressed by a Muslim friend and her sister, and was attracted to their religion.

She started reading up on Islam, and in September 2015, expressed her desire to convert. Matters came to a head two months later, when she refused to participate in the Hindu rituals after the death of her grandfather. She left home, went to the house of her Muslim friends, and sought help to convert to Islam.

In January 2016, her father filed a petition alleging she was being forcibly converted. Akhila denied this in court and the plea was dismissed. In July 2016, she formally converted to Islam and changed her name to Hadiya.

The next month, her father moved the HC again, claiming Muslim organisations were planning to take Hadiya abroad to join the Islamic State. In December, Hadiya married Shafin Jahan, whom she met through an online portal.

Ever since, her life has not been in her own hands. She has been shuttled from hostel to home, while the battle has been among the various organisations and people who have allegedly influenced her - her friend's father, the Markazul Hidaya Satya Sarani Educational and Charitable Trust, which helped her convert, Sainaba, associated with the Trust and with whom Hadiya stayed for some months, and her husband Shafin Jahan.

Jahan appealed in the Supreme Court against the annulment of his marriage, but the court, on August 16, ordered a National Investigation Agency probe into Hadiya's conversion and wedding.

Later, in October, the SC questioned the high court's annulment of the marriage and the Kerala government said there was no need for the NIA probe. Hadiya, meanwhile, continues to remain confined at her parents' house, against her will.

There are a number of things problematic about the case. Would the Kerala HC have shown the same alacrity had a "Hadiya" converted to become an "Akhila" and married a Hindu? While the media has made attempts to humanise Hadiya's father by presenting his side of the story, similar hard work has not been done for Jahan. Instead, vague, negative mentions have been made about him - he is the member of a radical political party, he has a police case (registered over a college tiff).

The next hearing in the case is on October 30. The Supreme Court has said it will hear Hadiya's side before the final verdict.

However, Hadiya's voice should have been heard long before this. The Kerala HC while annulling her marriage, had said: "A girl aged 24 years is weak and vulnerable, capable of being exploited in many ways…"

The 24-year-old has shown remarkable agency and consistency in converting and marrying in the face of stiff resistance. To pass this woman on from custodian to custodian is a mockery of justice.

It is high time the reins of Hadiya's life are given back where they belong to - in her own capable hands.