LK Advani, Murli Manohar Joshi, Uma Bharti and 29 others have been given a clean chit with five stars.

Who demolished Babri mosque? Anti-social elements, said a special CBI court 28 years after the demolition. The 32 accused in the case, including LK Advani, Murli Manohar Joshi and Uma Bharti among others, tried to stop these elements but couldn’t. That is a clean chit with five stars. Not only did the accused not do what they were accused of, but also tried to do what they should have done. 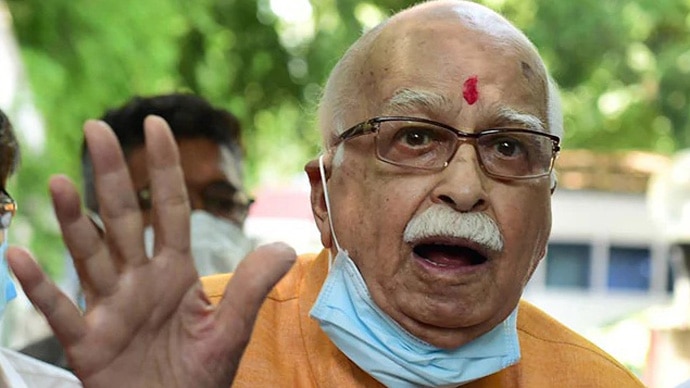 LK Advani and 31 others have been acquitted in the Babri demolition case. (Photo: ANI)

The anti-social elements also acted on the spur of the moment and nobody conspired to demolish it. Specific clearance has been given to the Vishva Hindu Parishad (VHP) because the organisation’s name was specifically mentioned in the FIR filed in the case.

Everything happened on the spur of the moment. The spurrrr lasted about four hours on December 6, 1992, because the demolition began around 12.30 pm and was done and dusted by 4 pm.

So, no matter how long the spur lasted, it was a spur nevertheless and no conspiracy. The 32 accused and all the ‘anti-social’ elements came to build the temple and not demolish the mosque. The court has ruled out conspiracy but we are ruling it in as the Word Of The Day. The Oxford dictionary says, a conspiracy is ‘a secret plan by a group of people to do something harmful or illegal’.

Conspiracy is a noun. The verb is conspire. Conspire comes from the Latin word ‘conspirare’, which means agree or plot. In conspirare, con stands for ‘together with’, while spirare for ‘breathe’. So literally the word means to breathe together. In Covid times, it can mean unwanted positivity. That is the literal sense. The sense in which conspire is used is to plot something illegal with someone. You can’t hatch a conspiracy alone. Well, you can if you believe you can. But the word conspire won’t cover your action unless you got company in hatching the conspiracy. The 32 accused had company but did not use it to hatch one, said the court in Lucknow.

A five hours drive from Lucknow can take you to Hathras in western Uttar Pradesh. A 20-year-old woman was cremated in her village in the district last night by the police and not her family. Hindu families, you see, do not cremate the dead post sundown. The woman died at Delhi’s Safdarjung Hospital yesterday. Protests erupted over the delay by UP Police in registering a case against the men who assaulted her. The woman had her tongue slashed, spine broken and body paralysed. The UP Police are drawing solace in the fact that there is no evidence to prove she was raped, maybe because being dead is not enough. 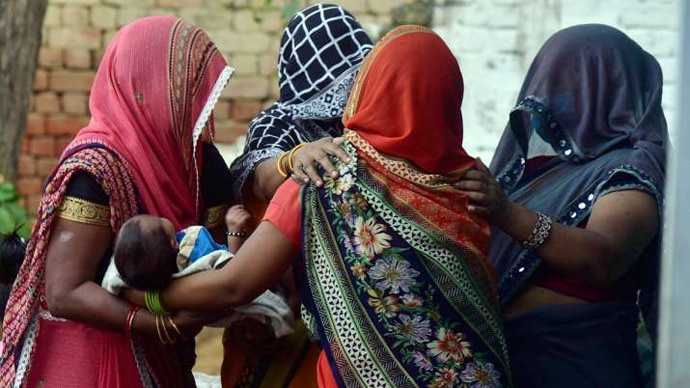 Family members of the Hathras victim mourn her loss and the government apathy. (Photo: PTI)

In her dying declaration, the woman told the police she was gang-raped. The Uttar Pradesh Police have said the victim bit her own tongue trying to fight her attackers. The spine wasn’t broken, “only a part of the neck was broken”.

She died. Fearing a protest, the UP Police top officials accompanied the body from Delhi to UP. They refused to let the family take her home one last time and perform the last rites. Chief Minister Yogi Adityanath surprised no one by constituting a three-member team to probe the matter. He is a CM to govern, not to throw surprises. Union Cabinet Minister for Women and Child Development has retweeted Adityanath’s tweets so we believe that’s all she has got to say about the case.

But a reporter, who followed the police from Delhi to Hathras, has something to say about how the cremation happened at 2.45 am amid cries from the family to not let it happen.

HAPPENING NOW — #Hathras rape victim’s body has reached her native village, Boolgarhi in Hathras, where the horrific incident took place. SP, DM, Joint Magistrate all here accompanying the family. My camera person Wakar and I will get you all the updates all through the night pic.twitter.com/VxEWDVVpsU

In the morning, accused director Anurag Kashyap was summoned to Mumbai’s Versova police station to record his statement in the sexual offence case registered against him by actor Payal Ghosh.

Ghosh has been accusing the Mumbai Police of summoning her multiple times but not summoning Kashyap even once.

Bollywood has had a deluge of summons ever since the news of Sushant Singh Rajput’s death surfaced. If Sushant would have been alive today, he might have spent the day celebrating the success of MS Dhoni: The Untold Story, because four years back, the movie released this day.

People who have worked with Sushant say that the actor wanted to get the nuances right all the time. A nuance that Sushant was keen to pick from Dhoni is a nuance that even cricketing greats have not been able to pick – the helicopter shot.

The helicopter shot is the act of hitting the ball with a wristy flick. 'Helicopter shot' is called so because of the flourish completing the stroke. The flourish sees the bat being circled overhead.

Sushant practised till he perfected the shot. He was praised profusely by Dhoni for it. But to learn, you got to ask questions. You can see and learn too, but asking helps understanding things one can’t learn by merely seeing.

Sushant reportedly asked Dhoni so many questions that Dhoni told him, “yaar tum sawaal he poochhte rehte ho (you keep asking too many questions),” in jest of course.

All those questions brought out a good film. The man who brought out the film is no more. The death has landed many people in the dock over drugs.

So far, no actor quizzed in the case has reportedly been given a clean chit. The Narcotics Control Bureau (NCB) is reported to have refuted reports that actors Deepika Padukone, Sara Ali Khan and Shraddha Kapoor have been issued a clean chit in the drugs case. The clean chit today, we told you, came for Advani, Joshi, Bharti and 29 others. Advani greeted the verdict with ‘Jai Shri Ram’, Joshi said the verdict has proven there was no conspiracy. But Lok Sabha MP and AIMIM chief Asaduddin Owaisi has said that it is déjà vu for him because he feels the same humiliation he felt on December 6, 1992.

Come November 9, Akshay Kumar-starrer Laxmmi Bomb will release in theatres in Australia, New Zealand and the UAE. In India, it will release on Disney+Hotstar. Theatres in India might open by then, but they are not open now and the decision had to be taken on the basis of what can be done now.

Now, there are advantages to seeing movies at home. They matter when you know you can go out, but won’t go out. When you know you can’t go out the home advantage doesn't matter. We will do our bit to make it matter to you. So when you sit down to watch your next movie or series at home, make yourself some Maggi bhel because why have just Maggie, or just bhel, when you can have both together.

Have it today or save the recipe for your cheat day.

For today, that is all.

Also read: Babri verdict: Demolition not conspiracy, but how UP BJP govt failed to keep its promise made to SC