Daily Recco, February 4: How Manisha Koirala survived cancer, in her own words

Healed: How Cancer Gave Me A New Life is Manisha Koirala's straight-from-heart and inspiring account on her battle with cancer.

It is World Cancer Day today — a day to raise awareness about cancer and to encourage its prevention, detection, and treatment. It is also a day to salute cancer survivors for their sheer grit and courage to fight the disease.

Bollywood has many such heroes who have set an example with their courage and beaten the disease, one of them being Manisha Koirala. The actress was diagnosed with ovarian cancer in 2012 and she successfully beat the disease by mid-2014 after surgery and extensive rounds of chemotherapy. In early 2019, she released her book, Healed — How Cancer Gave Me A New Life, that speaks of her experiences and her tryst with cancer. 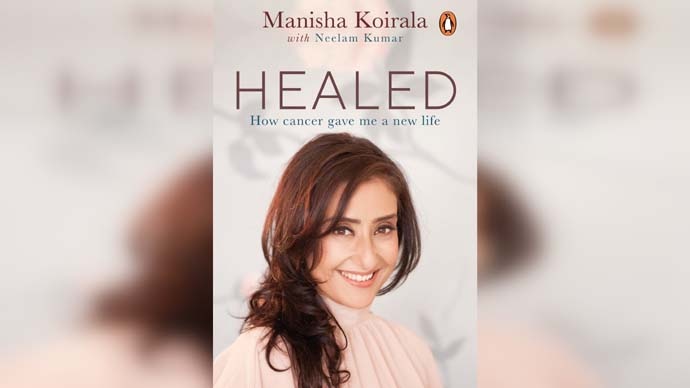 The actress has said in media interviews that she does not look at the ailment as a bitter experience any longer. “I think cancer came into my life as a gift. My vision is sharper, my mind clearer, my perspective realigned.”

Healed is a touching, straight-from-the-heart account of her personal journey in fighting cancer and how she healed physically, emotionally and mentally. After all, cancer is not only about the physical part and has a lot to do with emotional pain as well. The book is an inspiring account of a cancer survivor, who happens to be an actress. The book has only passing references to her career as an ace actress who was rated among the top in Bollywood at one point. She does not delve into her movies or her past but jumps headlong into how fatigue led her to believe that she might have digestive issues. And her disbelief and shock when she was diagnosed with cancer.

Manisha is honest in admitting her fears and her mistakes in the book. While the fight is one’s own, one needs the unwavering support system of loved ones, doctors and therapists in this battle. And in the book, she gratefully acknowledges the support she received.

There is an interesting anecdote: how a healer discovered her cancer even before her body started giving her signals. “A friend's friend had hosted a session with a Maori healer in Mumbai. She didn't touch my body but just felt the energy. I remember her words precisely: "You are very angry with your ovaries so you should send loving energies to it." It just bombarded my rational mind and I thought, 'Why should I be angry with the ovaries, man?" When I was married, I wanted to have a child, so I went for IVF treatment. I thought when I gave up, I must have been angry. But the healer had suspected that there was something wrong. When I reached out to her after the diagnosis of cancer, she was scared because she was not suspecting it to be cancerous.”

On World Cancer Day, pick this book up to read. It is simple, straight-from-heart, inspiring and as honest an account as it gets.

#World Cancer Day, #Manisha Koirala, #Healed: how cancer gave me a new life, #Dailyrecco
The views and opinions expressed in this article are those of the authors and do not necessarily reflect the official policy or position of DailyO.in or the India Today Group. The writers are solely responsible for any claims arising out of the contents of this article.