Heatwave has hit! Here's how to survive

Of the 15 hottest places in the world in 24 hours, eight were in India. Meteorological Department has issued a red-alert for the NCR. Try to stay indoors as much as you can!

Summer is here and the subcontinent is facing the heat — literally!

According to the weather monitoring website El Dorado, of the 15 hottest places in the world recorded in the 24 hours on June 2 and June 3, eight were in India — and the remaining were in Pakistan.

The temperature in Churu, Rajasthan, touched a record high of 50.6 degrees Celsius on Saturday and 48.9 Celsius on Monday, according to the Meteorological Department. This was the country’s highest so far this summer and comes the closest to India's highest-ever temperature of 51 Celsius, recorded in May 2016 in Phalodi, Rajasthan. 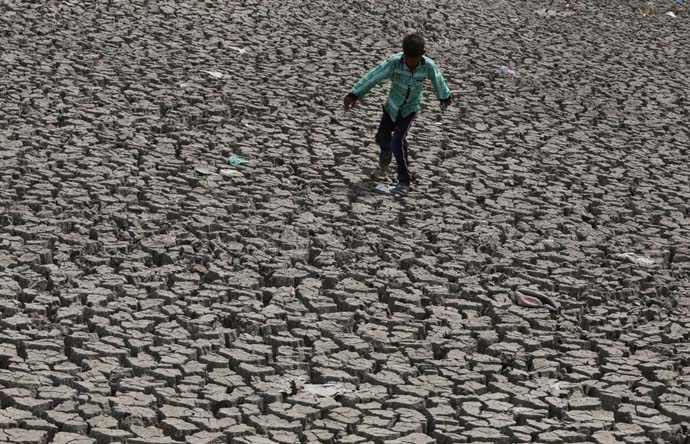 Where did all the water go? A boy walks through a dried-up lakebed in Ahmedabad. (Photo: Reuters)

In Sikar — another district in Rajasthan — a farmer reportedly died on Sunday due to heatstroke, as confirmed by state government officials.

With the capital burning at 46.8 degree Celsius on Thursday and 44.8 degrees on Friday, red-colour warning for NCR has been issued by the India Meteorological (Met) Department. The department has stated in its advisory that Delhiites should prepare themselves for more hot days with no respite from the sweltering heat in near sight.

In addition, drought-like conditions are being reported from various quarters of the country.

Several major cities, led by Chennai, have reported fears of water shortages as lakes and rivers start to dry up.

The three-month, pre-monsoon season, which ended on May 31, was the second driest in the last 65 years and it ended with gross rainfall deficiency to the tune of 25%, according to Skymet — India’s only private forecaster. The bulletin issued by Skymet states that the national average of 99 mm of rain is far lower than the normal average of 131.5 mm for the season. A boy jumps into the Ganges to cool off in Kolkata. (Photo: Reuters)

While issuing health advisories, the government has asked people to stay indoors as much as possible.

The Ministry of Health and Family Welfare issued a list of do’s and don’ts that have been listed as under:

This besides, healthcare professionals advice denizens to take advantage of the cooling power of water. 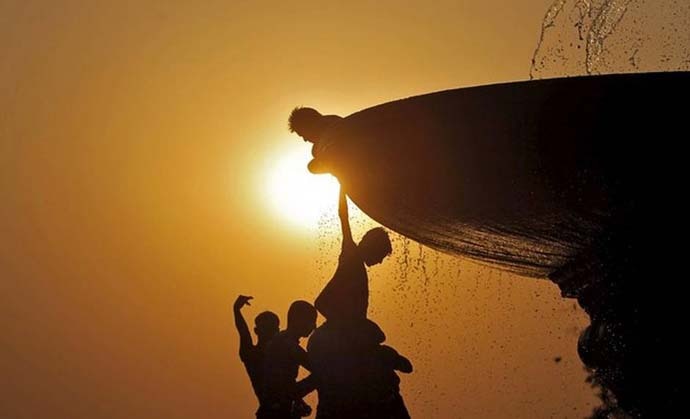 Boys seek a a water fountain on a hot summer day in Delhi. (Photo: Reuters)

“Fill buckets or basins and soak your feet. Wet towels and bandannas can have a cooling effect when worn on the shoulders or head. Take cool showers or baths, and consider using a spray bottle filled with cold water for refreshing spritzes throughout the day,” says Melissa Conrad Stöppler, medical journalist and writer and chief medical editor of eMedicineHealth.com — a WebMD Inc. company.

Look after yourself. And also those around you. With the heatwave worsening with each passing summer, consider planting shade-offering trees for stray animals and birds to rest under. Leave an earthen trough of water for them to cool off.

Do your bit for the voiceless.