When we moved in: The law may be on the side of live-in couples. But society is definitely against them

In 2018, when a distraught father in Kerela took his daughter to court for living with a man, he didn’t expect the judges to rule in the favour of the couple. However, the judges stated, “The court is bound to respect the unfettered right of a major to have a live-in relationship, even though it may not be palatable to the orthodox section of the society.”

There is no law in our country stating that it is illegal for consenting adults to cohabit, regardless of their matrimonial status.

In fact, unmarried women in live-in relationships are protected under the Protection of Women from Domestic Violence Act, 2005.

In the last few years, the growing prevalence of cohabiting couples has led many judges and courts to grant them ‘same rights as a married couple’. This includes protection from domestic violence, right to maintenance, the partner’s assets (though not the family’s) and child support. The law does not differentiate between a married couple and an unmarried one. But that doesn't help social situations. ((Photo for representation: Reuters)

But — not in the eyes of society.

As the bench of judges in the aforementioned Kerala case astutely remarked, a live-in relationship is not palatable to the orthodox section of society.

Unfortunately, this constitutes a large percentage.

Just how deep and wide the social judgement runs was quite an eye-opener for me, when I interviewed scores of young couples living together for a project last year. Their stories taught me that laws, at least in this particular case, seem to have little impact when it comes to the practicalities of living together.

Most people in our country are not aware that choosing their living arrangement, as self-supporting adults, is a basic right they have. This includes those who have taken the plunge.

I recall a young couple I interviewed, who was in a rather precarious situation. One of them was fighting a bitter divorce battle, while trying to build a life with his partner. His marriage had been arranged by the families, fell apart within a couple of months, and that’s when he put his foot down — he told the family he wanted to live with the woman he had been in a relationship with for five years.

The societal problems that are reflected in this one story are multifold, and best left for another day.

But what stood out was that neither of them was aware of their legal rights as a cohabiting couple. This lack of awareness was more rampant than I’d thought.

Another couple, when I asked them if they knew they weren’t doing anything illegal by living together, posed the elemental question — “How does it matter that the law is on our side, when our parents are not?”

The deeper I delved into stories of people from different walks of life, the more I realised how irrelevant the legal status of living together is.

Yet another couple — both working, financially independent, well-read and well-traveled — couldn’t even tell their families they were romantically involved, let alone living together. Telling the families becomes a secondary issue when the very first step to cohabiting is thwarted by social norms and conventions — finding housing as an unmarried couple is a nightmare in our country!

I used to think that this may be the case in second- and third-tier cities, but our metros are hardly any better. One couple I interviewed resorted to lying to their landlord about their relationship, after spending months looking for a house they could share.

This was in Gurugram — the hub of young professionals. Certainly, they are not alone in this.

Couples who brave fighting for their rights and are open about their living arrangement face the silent judgement of extended families, neighbours, and sometimes, even friends. Often, the judgement is not even silent — it comes in the form on unrelenting pressure to get married. “You’re living together, might as well get married. What difference will it make?” This rationale is put behind what is, at its root, a rejection of the decision to have a ‘home’ without a marriage. 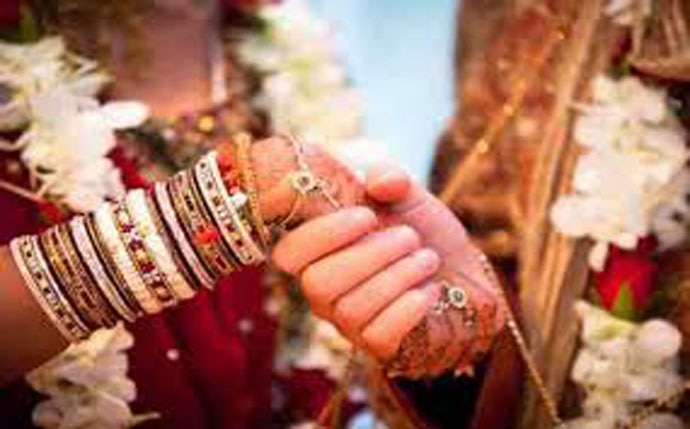 Marriage is the only road to respectability — and acceptability — for many in India.  (Photo for representation: PTI)

Laws have their place in society. But one would be naive to believe that they are the solution to the problems we face as a result of deeply entrenched belief systems.

Rape is a punishable offence in our country. But does that stop people from doing it? Does it stop bystanders from blaming the victim? Homosexuality is no longer a crime. But does that mean that gay men and lesbian women are now free to live their lives without the fear of being beaten up or ostracised? The third gender is now recognised by the law. But how many transgender individuals do we see holding jobs? Women have had the right to work for years. Yet, the ratio of working women and men in our country is an abysmal 1:2.

These are not problems of the legal system.

These are problems of the social system.

Unfortunately, ours has come to be founded on control in the name of tradition.

Also read: Meet the Digisexuals: People who prefer cyber-sex to human sex. Is that just another choice?