Escalations likely after Balakot attacks. The question is when?

The air strike at Balakot in Pakistan was a brilliant tactic!

It maximised political impact, without losing sight of the intricacies of diplomacy. The strike was explained in a calibrated way to the chanceries of the world as a pre-emptive, ‘non-military’ strike against an isolated hub of terror. 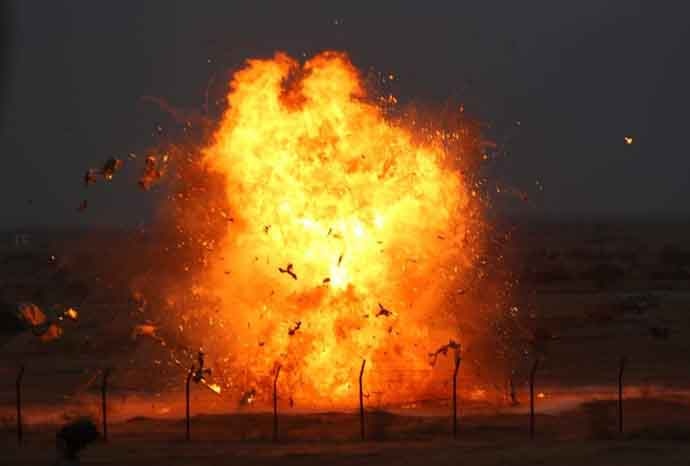 The boldness of the move was, however, unmissable. Not since 1971 have India’s armed forces avowedly executed a tactical operation in Pakistan. Even amid the huge provocation of the Kargil war in 1999, Prime Minister Atal Bihari Vajpayee had categorically ordered that air sorties must not cross the Line of Control (LoC) in Jammu and Kashmir — leave alone Pakistani territory.

Despite that, an Indian pilot was shot down across the LoC during one of those sorties.

In contrast, all 12 pilots returned unscathed from Pakistan early on Tuesday (February 26) morning.

It is amazing that Pakistan did not guess what was coming. Kashmiris had been all agog on social media since Friday over the screams of IAF jets at night. Obviously, those jets had been practising for this strike — and, in the process, getting people used to the noise, so that undue attention wasn’t paid when the actual attack came.

The airstrike is part of a multi-pronged Indian initiative.

The Indian Army’s hardware has been on the move over the past few days. Videos from Jammu have been doing the rounds on social media. This is clearly meant to demonstrate to Pakistan that India is ready for an all-out conventional war — if Pakistan retaliates.

On the other hand, the first official government announcement came from the foreign secretary, rather than from the military, as happened after the surgical strikes in 2016. Vijay Keshav Gokhale called the strike ‘non-military’ — meant to pre-empt another terror strike of which India had intelligence. A series of diplomatic briefings was slated for the rest of the day.

#WATCH Foreign Secy says,"This facility in Balakot was headed by Maulana Yusuf Azhar alias Ustad Ghauri, brother in law of JeM Chief Masood Azhar...The selection of the target was also conditioned by our desire to avoid civilian casualty. It's located in deep forest on a hilltop" pic.twitter.com/QENnnkU5Rh

The combination of steps makes it like a poker game, with lots of enthralling side-lights to keep the main players confused and observers pre-occupied.

This will escalate. Let us have no illusions on that. The question is — how long will Pakistan wait? And will it opt for open military tactics or fall back again on the deniability of the terror option?

The problem with the latter course is that, if India gets the backing of world powers — as it already has — it will have established that it will hit back against a terror operation with conventional military means within Pakistan.

This, after all, is the second operation to do so.

The first was the operation by special forces coordinated by the Northern Command following the Uri attack in September 2016.

Deniability, therefore, is running out of steam as a smokescreen, it would seem. On the other hand, Pakistan’s economy is in no condition for it to be able to afford an all-out war. Most estimates also give India the advantage in a potential conventional war.

The Pakistan army has shown that it is capable of pulling tactics that are quite out of the box — the Kargil incursion, for instance. It is possible that they will come up with other sorts of attacks that are far more deniable than an attack in the centre of the Kashmir Valley, for which a terror group based in Pakistan promptly claimed responsibility.

Somehow, the Pakistan Army will try to worm its way out of its current Catch-22.

Dragon in the room

US President Donald Trump’s ‘prediction’ of the attack indicated that the US was not against it — it is also an indication of the EU's reduced ballast that India ignored the European Union’s public call to eschew any kinetic action.

Geopolitically, the most important factor is the dragon in the room, but China has hemmed in Pakistan by urging restraint. China has deep economic, military, and geopolitical interests in Pakistan. The China-Pakistan Economic Corridor (CPEC) — a euphemism for China’s takeover of energy, agricultural and industrial production, as well as water resources, communication, and military installations in Pakistan — is described as the fulcrum of President Xi Jinping’s Belt and Road Initiative.

Explaining why China would not bail out Pakistan, Lt Gen (retd) Rameshwar Roy, a former Corps Commander in Jammu and Kashmir and a highly respected thinker in army circles, pointed out that a weakened Pakistan would in fact suit China.

Also read: Where is Masood Azhar?

Post your comment
#Pakistan, #Pulwama terror attack, #Indian Air Force, #Iaf air strike
The views and opinions expressed in this article are those of the authors and do not necessarily reflect the official policy or position of DailyO.in or the India Today Group. The writers are solely responsible for any claims arising out of the contents of this article.