DailyOh! The similarities between Chinese intrusions of 1967 and 2020

Tuesday’s clash between the Indian and Chinese armies proved very deadly. On the Indian side, it left 20 soldiers martyred and four others seriously injured. The toll, unfortunately, could rise.

But it wasn’t just the Indian side that suffered casualties. China too suffered the loss of lives, but the Chinese have refused to put a number to how many of its army men it has lost. The thing with China is that it likes to hide information and believes what it has hidden will never be found out. Like it thought it could hide the coronavirus because, well, you can’t see the virus with the naked eye. In the eyeball-to-eyeball contest on the Indo-China border, our hostile neighbour believes it can hide its casualties. But call intercepts that India is privy to suggest that at least 43 Chinese soldiers died in the clash. 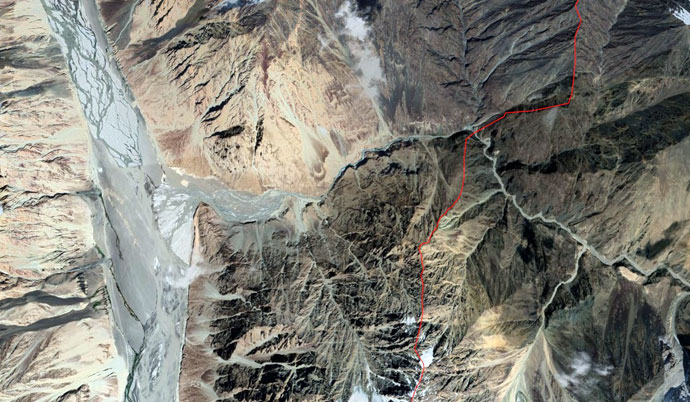 The tough terrain where India and China are clashing. (Photo: India Today)

No time is a good time for war, but this time is definitely the worst for one. Talking of time, let’s do some time travelling. Let us go 53 years back into the past and see what happened in the 1967 India-China clash at Nathu La. You know the pass connects Sikkim with Tibet, which China claims as its territory. You might ask why we chose 1967 and not 1975, when the last shots were fired between the two countries. That is because there is a stark similarity between what is happening now and what happened then. When? The September of 1967.

Like the clash of 2020, the one in 1967 too began with a physical clash. Now, a physical clash in those difficult terrains itself is deadly because that terrain is deadly even if you are on your own. One slipped step could result in death. Reports suggest some soldiers – both Indian and Chinese – could have fallen into the Galwan River during the clash. Trouble started when India began a road-building exercise on its side of the LAC. 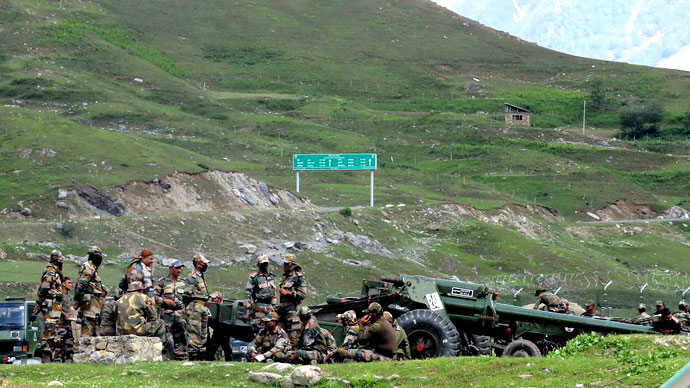 Indian army soldiers on their way to Ladakh. (Photo: Reuters)

In 1967, trouble had sparked off when India started fencing its side of the territory. Work started in August. As Indians were at work, the Chinese army men came, saw, shouted some slogans and went back. By September the wire fence was ready and India began converting it into a concertina coil. The Chinese came, an argument happened and work was stopped. A few days later, work on the coil resumed. This time the Chinese came numbering about 100 and a scuffle happened between the soldiers on the two sides. The two sides also pelted stones at each other. At some point, they went back to their camps.

On September 10, the Chinese sent a warning that India must not build what it was building. Why should someone stop someone from doing something within their own borders? Because the ‘someone’ stopping is a bully and bully behaviour comes naturally to him. After the warning, China got down to action. It opened fire on Indian soldiers.

The clash left 88 Indian soldiers martyred. More than 300 Chinese soldiers were killed. China had not expected such a strong response from the Indian side and things soon moved to the negotiating table. Most wars have ended when parties involved assessed their losses and found war was no solution. We wonder why the negotiating table is placed behind battlefields. Get to it before you lose people.

For now, the situation in Galwan continues to be tense.

In Delhi, the tension around Health Minister Satyendar Jain’s health has somewhat eased with him being tested negative for coronavirus. Since he still has a high fever, the minister is likely to undergo another test for the virus. We hope whatever is ailing him and causing the fever is identified and treated because there is a lot of work ahead of him as the man-in-charge of the health of Delhiites.

Overall, India has been harping on the low mortality rates to show it is doing better than other countries in terms of managing the virus, which is still managing to spread far and wide. Maharashtra, on Wednesday, added as many as 1,328 deaths to the coronavirus tally. Now, this isn’t a single-day figure but the number of coronavirus deaths that went unreported. From March to April, 1,328 deaths were not added to Maharashtra’s death tally.

Has the drug to save people from dying of coronavirus been found? Britain says yes. And that drug is Dexamethasone. Researchers from the University of Oxford say the drug could increase chances of survival of critically ill patients. It cuts deaths by a third in patients on ventilators and by one-fifth in patients receiving oxygen. The best news: it is easily available, including in India, and cheap. 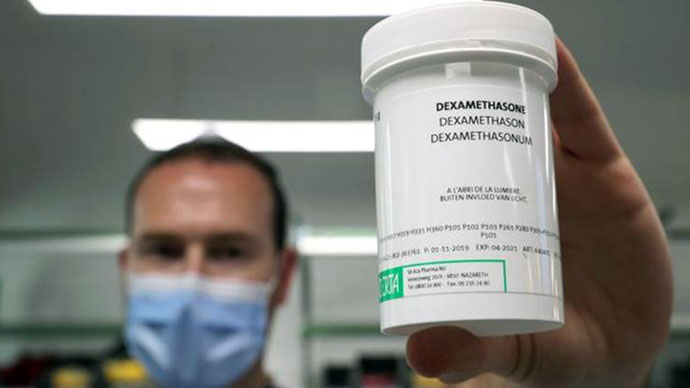 Dexamethasone could increase the chances of survival of critically ill patients. (Photo: Reuters)

The drug, however, helps only those on respiratory support. Researchers said had they used Dexamethasone from the start, they could have saved up to 5,000 lives in the UK, where close to 30,000 people have succumbed to the virus. Wondering what was the drug being used for before it began being used to treat coronavirus patients?

Dexamethasone, which is being called a life-saving drug, is our Word Of The Day. The first known use of the Dexamethasone dates back to 1958.

C22H29FO5, or Dexamethasone, is a type of steroid. It is used in the treatment of many conditions, including inflammation, various skin diseases, severe allergies, asthma, chronic obstructive lung disease, croup, brain swelling and eye pain. It is also used, along with antibiotics, for treatment of tuberculosis.

Do not, however, take the drug without your doctor confirming that you can take it. Why? Read this to know.

The coronavirus is novel. All research on how to treat Covid-19 is newer than the novel virus. So, we need to hold our horses and wait for more research to prove all findings that researchers are reporting. If the research later contradicts itself, we will lose both happiness and horses.

Sweet indulgence, they say, is a mood uplifter. We need to uplift moods now more than ever. Those who trust vanilla to do that could have some cause for disappointment. That is because vanilla is becoming costlier. By weight, vanilla currently is worth more than silver. That is bad news — not just for sweet indulgence but also fragrance. Remember, vanilla is used in perfumes too.

But what has caused the spike in prices? Now, vanilla was never easy to grow. To mature fully, vanilla vines take two to four years. Their flowers, believe it or not, bloom just one day of the year. If you want the flowers to produce beans, you got to pollinate them that very day. Imagine, you are away, or fail to go to your vanilla vine that bloom day, there you have it — doom. But that doesn’t explain the sudden spike in prices. The spike happened because, in the 1980s, people started using artificial vanilla. Farmers lost interest in producing vanilla. You know, it was already a time-consuming and labour intensive process.

Vanilla prices have climbed so high it's worth more by weight than silverSee what makes other items so expensive on @PrimeVideo: https://t.co/7NFCa1xPWD pic.twitter.com/e7JUbE5AOr

About a decade later, the demand for natural vanilla rose again. So, there is a supply-demand gap which has set the prices high. There is no dearth of the artificial stuff. So if you don’t care for the natural, because well, everything in nature is natural, including the artificial, you need not worry.

Don’t worry even if you want the ‘natural’ stuff. Worry won’t get you anything (not even natural vanilla at affordable prices) apart from lifestyle diseases.

But if you are worried that you have to eat that ice cream or chocolate or milkshake in your favourite flavour alone, Google Duo might have the solution. Google Duo Web will allow many more than just a duo to join a video call. How many? A total of 32.

More the merrier? No, more the nosier. Unless you can fix order to who will speak first and who next. Mamata Banerjee, who was told she will neither speak first nor last in the videoconferencing of CMs with the PM, gave the meeting a miss. Why sit and listen where you can stand up and talk? Governance Banerjee style.

On Friday, the PM will, however, have an all-party meeting over the situation on the border. What is the situation there? A very heavy deployment of Chinese military on Indian soil.

Post your comment
#Dexamethasone, #Coronavirus, #Galwan valley, #India-china clash
The views and opinions expressed in this article are those of the authors and do not necessarily reflect the official policy or position of DailyO.in or the India Today Group. The writers are solely responsible for any claims arising out of the contents of this article.