DailyOh! Why Parliament discussed China in the middle of 1962 war, to what is Op Snow Leopard

The discussion in Parliament happened when India was in the middle of a war with China in 1962.

Motivated by this need presumably, actor Pooja Bhatt asked if anybody out there cared “about people who live on the ultimate fringe of society, who use drugs to make the pain of living go away?” Bhatt could be trying to get the debate back to mental health in the Sushant Singh Rajput death case or just talking about drug addiction menace on a day which is not the International Day Against Drug Abuse.

The debates have drifted and many issues have drowned trying to follow the drift. For now the drift has stagnated on the debate over whether Bollywood is the den of all vices. Jaya Bachchan yesterday said Bollywood is a thali that feeds people so don’t malign the thali. Kangana Ranaut says she got her own thali because Bollywood’s thali served only two-minute item numbers and one romantic scene to women and that too, after “sleeping with the hero”. Jaya ji may not have given Kangana any thali, but Jaya ji has got additional security after getting threats over her remarks made in Rajya Sabha. The latest to join the thali-clanging, however, is BJP Lok Sabha MP Hema Malini who says it hurts when people ridicule the industry.

India, meanwhile, has told China it won’t take any hurt lying down. So what will India do? Rise up like a snow leopard. Under Op Snow Leopard, the process of rising to strategic heights is on. When you are at a height in mountainous terrains, you can both keep an eye on enemy attacks and also attack the enemy with precision. When the enemy knows you are in a position good enough to inflict great damage, you can also talk tough on the negotiating table. One position, three advantages. Take your pick or pick them all. An Indian Army personnel at the border. (Photo: Reuters)

The Congress wants Parliament to pick up a debate on the issue but the government considers the matter closed with Defence Minister Rajnath Singh having made a statement in Lok Sabha yesterday. The government says Indian troops are locked in a ‘serious situation’ in Ladakh and revealing anything more than that which has already been told could compromise India’s tactical advantage.

But 58 years ago, Parliament debated the Indo-China clash in the middle of the India-China war in 1962. All it took was a request.

China launched an attack on India on October 20 that year and was making quick progress in occupying Indian territory. The commanding heights that India commands now after Op Snow Leopard were then unattended.

On October 26, Nehru issued a proclamation of National Emergency because India was now in the middle of a full-blown war. Jana Sangh leader Atal Bihari Vajpayee was a Rajya Sabha MP then. He along with three other Jana Sangh colleagues went to meet then PM Jawaharlal Nehru. Vajpayee then suggested that an immediate Parliament session should be called. Nehru said yes. Both Lok Sabha and Rajya Sabha were convened on November 8 to debate the issue. There was debate over whether to debate the issue or not because the issue was debated. In 2020, the government is saying a debate may send out a message that the country is not united and standing firmly behind the soldiers in Ladakh battling Chinese infiltration.

Now, none of this would have happened if China would not have infiltrated. We too could have been going on with ‘life as usual’ had China not sent coronavirus (whether knowingly or inadvertently) to infiltrate foreign territories. Water also infiltrates the soil but Chinese infiltration of Indian territory, or Tibetan territory, or Hong Kong’s territory, is not the same.

Infiltrate is our Word Of The Day, but China’s living mantra for all days. Infiltrate comes from Middle English and can be understood better by separating it into ‘in’ and ‘filtrate’. In is in - not out. Filtrate is a liquid that has passed through a filter. Water passes through soil in the process of infiltration. Chinese soldiers pass through borders in the process of incursion.

Infiltration is always hostile. Oxford Dictionary defines infiltration as the act of entering a place or an organisation secretly, especially in order to get information that can be used against it. Armies can also infiltrate to grab land. From the Pakistani side, we have terrorists who infiltrate to kill and terrorise. They also sometimes choose to infiltrate India from the Nepalese side depending on ease of infiltration.

There was no ease of mobility for crores of migrant workers in India after the lockdown was announced. They moved on foot and on cycles. Many died on the way home. How many were they? The Modi government says states should have kept a count. States have nothing to say. But IndiaToday.in has tried to compile a list of those the Central and state governments have chosen to forget. May this serve as a reminder. And if you have forgotten that a 'mosque' was demolished in Ayodhya on December 6, 1992, know that the verdict on that demolition will be delivered on September 30 by a special CBI court. That also takes us back to September 30 10 years ago, when another crucial verdict on the Ayodhya dispute was read out by the Lucknow bench of the Allahabad High Court. You can read more on that here. Anyway, to September 30 this year. Judge SK Yadav has asked all 32 accused, including LK Advani, Murli Manohar Joshi, Kalyan Singh and Uma Bharti, to be present when the verdict is read out.

Given their age and the advisory for the aged to stay away from public places amid a raging pandemic, which is infecting lakhs in India every single day, the leaders may or may not skip the hearing. They will still get to hear the verdict. 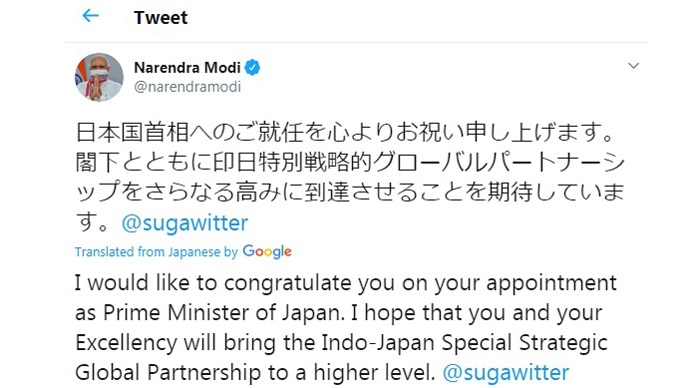 Talking of the pandemic in Parliament today, the Home Ministry said that the government is backing over 30 vaccines that are under trial. The wait for the vaccine is going to be a long one and just no one can say for now how long.

Rajya Sabha chairman Venkaiah Naidu has however told MPs to keep the mask in place for as long as they are in the chamber “since it is a closed hall with an air conditioning system”. Naidu had to remind the legislators the mask rule after Samajwadi Party MP Ram Gopal Yadav sought permission to remove his face mask while speaking because it caused "suffocation". Suffocation is bad, but is there anything as bad as a corona infection?

You know what to do till a cure is on the table so we are not telling you that the mask is a must.

We aren’t even going to say keep the mask over your nose and mouth because you already know that.

On that note, bye for today.

#Chinese incursion, #Parliament monsoon session, #Jawaharlal Nehru, #Indiachinaclash
The views and opinions expressed in this article are those of the authors and do not necessarily reflect the official policy or position of DailyO.in or the India Today Group. The writers are solely responsible for any claims arising out of the contents of this article.