Beijing has sided with New Delhi in putting Pakistan on the list of terror financing nations.

There is renewed optimism in the diplomatic circles with regard to the India-China relations that have come into sharp focus in the recent past.

Indian foreign secretary, Vijay Gokhale, who assumed charge of the high office only a month ago, was in Beijing recently and held detailed talks with his Chinese counterparts. The talks came at a time of general despair that the relations between the two countries might not make any headway. 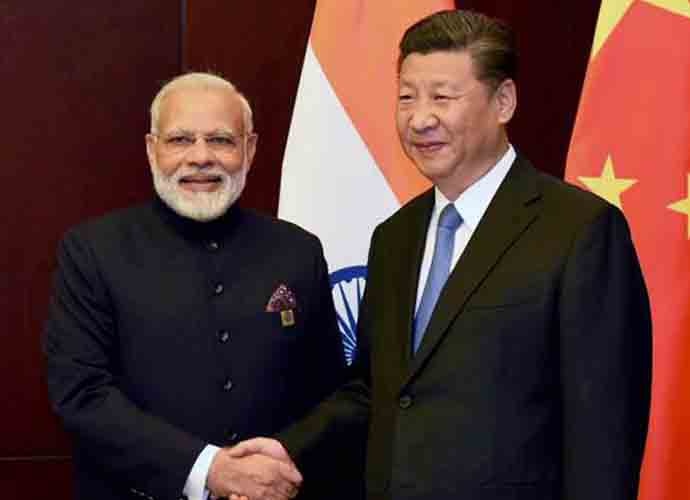 Gokhale, however, proved the naysayers wrong through his visit. In his capacity as the Indian ambassador to China, prior to taking over as the foreign secretary, Gokhale worked in close coordination with national security adviser (NSA) Ajit Doval in resolving the Doklam standoff which had strained India, China relations.

The Indian diplomatic circle, with help from the US, also prevailed upon China to ensure that the country lifts its objections over putting Pakistan back on the terrorist financing watch list of Financial Action Task Force (FATF).

This was no mean achievement. Global powers such as the US, the UK, France and Germany heaved a sigh of relief after this was achieved. Pakistan, which was obviously left red-faced after this drubbing, is finding it hard to come up with an explanation on this global humiliation.

Islamabad was first put on the list in 2012 for failing to adhere to the action plan suggested by FATF on countering terror. It was, however, removed from the list after FATF was convinced that the rogue nation had done enough to neutralise terror financing and money laundering.

But at the Paris meet of FATF on February 23 this year, in the absence of a latest Mutual Evaluation Report, a mandatory requirement for Pakistan, the US, in league with the UK, France and Germany, cosponsored a motion to notify Pakistan as a country having "strategic deficiencies" in "countering financing of terrorism". This is obviously a major setback for Pakistan and a diplomatic triumph for India. Indian foreign secretary, Vijay Gokhale, who assumed charge of the high office only a month ago.

In the light of this development, it is now incumbent upon Pakistan to submit an action plan to FATF latest by May. The FATF will decide whether Pakistan should continue being on the list or not based on an assessment of the action plan.

While Pakistan tried to hoodwink the world by appearing to be acting against the charities run by Lashkar-e-Taiba (LeT) chief Hafiz Saeed, dexterous moves by the US and India ensured that Islamabad was held to account. India succeeded in prevailing upon the US to nudge China to come board on the issue.

This came as a surprise to many who nurtured a firm belief that China would never go against Pakistan. Besides joint lobbying by the US and India, it is believed that the Chinese volte-face followed a clever FATF vice-presidentship offer made to Beijing by the US.

This is being seen as a major breakthrough for India as Pakistan stands isolated and China appears siding with India on a key issue.

Coming back to Gokhale's successful China trip, both countries decided to build on common grounds and work towards resolving existing differences basing their relationship on "mutual respect and sensitivity to each other's concerns, interests and aspirations".

Significantly, the Chinese side stated that it hoped India would deal with sensitive issues "prudently". The Indian ministry of external affairs echoed similar sentiments. Against this backdrop, it appears that the dynamics between the two countries are headed for less attrition and greater cooperation.

#US, #Lashkar, #LeT, #Hafiz Saeed
The views and opinions expressed in this article are those of the authors and do not necessarily reflect the official policy or position of DailyO.in or the India Today Group. The writers are solely responsible for any claims arising out of the contents of this article.