US had offered India some defence equipment to counter Russia’s offer and even gave India warnings of ‘consequences’ — but India didn’t give in.

The United States has raised a global row over Russia’s sales of its S-400 long-range air defence missiles, first to India, and now to Turkey. Both countries — Turkey, a NATO ally and India, at the threshold of major non-NATO ally status — shrugged US concerns off to buy the controversial missile. New Delhi signed a $5.2 billion deal to buy five units of the missile system last October, setting up a special banking mechanism to pay for it in euros, rather than dollars to bypass US financial channels and ongoing US sanctions on Russian firms.

It went ahead with the purchase despite US' counter-offers of systems like the Patriot PAC-3 and the Terminal High Altitude Area Defence (THAAD) and veiled warnings of “consequences” to the purchase. A senior Russian defence industry official in St Petersburg termed US opposition to the sale “commercial rather than diplomatic”. The Russian system can shoot down aircraft and cruise missiles at ranges nearly twice those of US-systems, for instance competing systems like the THAAD. Russia calls the S-400, the ‘Triumph’, and not just because it is one of its hottest recent military export successes. Promotional videos show the missile downing stealth fighters, hinting at the possible degradation of another US technological monopoly. 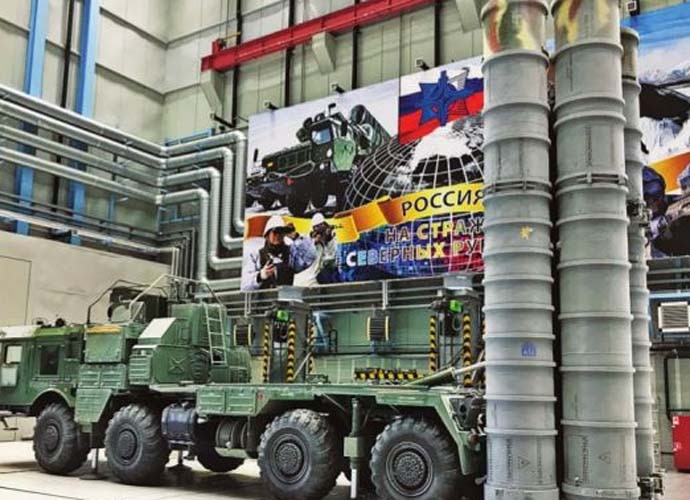 Around the time a giant Russian transporter was offloading the missiles in Ankara, a select group of Indian journalists including this diarist, were given a tour of Russian facility which builds the missile system. The mood at Almaz-Antey’s sprawling North Western Regional Centre is upbeat. The sprawling facility with shiny new buildings and giant military-muraled buildings was built less than a decade ago to co-locate seven military firms making various elements of the S-400—radars, missiles and launchers (the ‘S’ stands for sistema or system). The centre is today buzzing with orders not only from the Russian defence ministry but from China, India and now Turkey.

It takes one year to build one S-400 missile system — eight launchers, 32 missiles, a command post and the multiple associated tracking and fire control radars. Despite the rush of orders, the missile makers say they are confident of delivering on time — the Indian Air Force will receive the first system by the end of 2020 and all five by 2024. Irina Volokitina, first deputy director, of Almaz-Antey’s regional centre, confirmed a more advanced variant of the S-400 is in trials. The S-500 engages ‘anti-air, anti-missile, and strategic anti-missiles’ and features improved transporters, swifter reaction times and smarter missiles. The S-500 will be available for export but only after it is has been inducted by the Russian military in the next few years.

“Our specialists designed (the S-500) to tackle targets of the future, the kind which are not existing yet…the kind that fly in the upper reaches of the atmosphere where different laws of aerodynamics apply,” Volokitina says. This confirms open source data which suggests that the S-500’s 600-kilometre range pushes the envelope by tackling airborne threats at the outer reaches of the atmosphere — ICBMs, hypersonic missiles and even low earth orbit satellites. This is a capability not available with any country so far. Russia calls the S-500 “Prometey” or Prometheus, the Titan from Greek mythology who stole the secret of fire from the Gods — a name ripe with geopolitical metaphors.