April 2, 2011, was an iconic day in the history of Indian cricket. This was the day when Wankhede stadium in Mumbai saw thousands, gathered there, along with millions others, who were watching the live telecast, moved to tears as the Indian cricket team lifted the World Cup trophy defeating Sri Lanka. India became the first team to win the World Cup on the home soil. God of cricket, Sachin Tendulkar, finally had his dream fulfilled too. 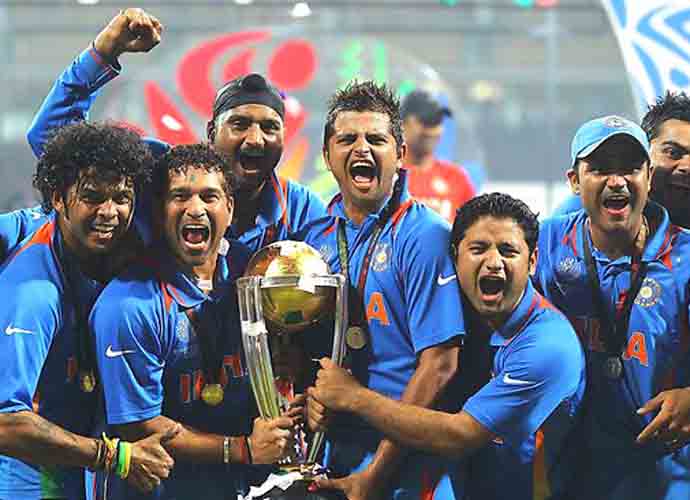 All through that match, however, on the southern tip of India in Rameshwaram, Tamil Nadu, fishing hamlets were saying joint prayers. Unfortunately, their prayers - for India to lose - went unheard. Worse, four fishermen, who had ventured into the sea, never came back. Every time there is a match between India and Sri Lanka, it is the same prayer: "God, please let Sri Lanka win." This is not because of any special love for Sri Lanka or their team, but because of the fear that the fishermen in the sea might be attacked.

"In 2011, during a match between India and Sri Lanka, then president Mahinda Rajapaksa visited Mumbai to watch the match. Sri Lanka lost that match. Just because Sri Lanka lost the match, four people were killed, including my brother. They cannot tolerate even their loss in a cricket match," said Chinappathambi, a fisherman from Rameshwaram.

John Paul (35) and three others who had gone to the sea in 2011 never saw their families again. John's wife, Jalita, with four children still dreads the day she heard the news of her husband's death. Even five years later, every time someone ventures into the sea, she shakes in fear, "After my husband's death they told me it will not be repeated, the barbaric attacks by the Sri Lankan navy will end, but nothing has changed to date. We send our families into the sea because we have no alternative livelihood. All that we know is fishing, and the government we have elected is more bothered about itself than its people," said Jalita.

On December 13, after India's acting skipper Rohit Sharma made a double century and India won by a margin of 141 runs against Sri Lanka, Rameshwaram's fishermen were chased away from the sea. "We were chased away like terrorists, but what wrong have we committed? Fishing is our profession and everyone has a right to work. The central and state governments see us as second-class citizens. Lack of action from the government has given the Sri Lankan navy the courage to pelt stones at us, instead of using the guns," said Emerald, the fishing community leader in the area, after boats were chased away.

"Since 1993, Sri Lankan forces have been attacking the fishermen in this region - especially, during cricket matches between India and Sri Lanka, where India wins. They show their outrage by attacking us. We hope Sri Lanka win just for our security," said activist CR Senthil. Every year, multiple fishermen get arrested for allegedly crossing the international maritime borders, but on March 6, a 23-year-old man, Bridjo, was killed allegedly by the Sri Lankan Navy. This was seen as a violation to the 2008 joint undertaking between India and Sri Lanka, under which a promise to not open fire at fishermen was made. "Our fishermen venture into the sea putting their lives at stake. We are not at peace till they return. Every time news of an arrest or attack from the Sri Lankan side comes, we only pray for the safety of our men. We have lost enough lives," said Jalita.

Multiple requests and protests have been conducted by these fishermen to urge the central and state government to help them. "The governments are not bothered about us. Whether we live or die, it won't make a difference to them. We are as good as dead to them even now. My husband has been in Sri Lankan custody for last three months. I am struggling to even feed my children, let alone educate them," said Augustine Mary.

The fishing community in Rameshwaram only hopes for a peaceful life without the fear of being killed or arrested for pursuing their livelihood. Fishing is the only thing they know and have been doing it for years. However, many of them are trying to keep the next generation away from the profession. "The sea is our mother, but now we are forced to think twice before going near it. Many of us have migrated from here but some unfortunate ones have no other choice," said Emerat.

Today, as India takes on Sri Lanka in the third match, prayers have begun in Rameshwaram. This time again with a heavy heart it is for India to lose. "Every time there is a match, when India is playing against some country, I pray we should win. But when it is against Sri Lanka, we just hope we don't win. I have already lost my brother, don't want to lose anyone else from this community," said Chinappathambi.

Also read: What no one is telling you about Himachal Assembly elections