Pointing out the sexism prevalent in the entertainment industry, actor Pranitha Subhash, speaking at the India Today Conclave South 2018 on January 18, said one of the first bits of wisdom she learnt in the business was that in the process of filmmaking, the “heroine” comes last in the hierarchy, she has the least power in decision-making, including over how her own character is portrayed.

Giving an example, Subhash spoke of a movie in which she played the wife of a Naxalite, for all intents and purposes not a very “glamourous” character. Her introductory scene had her rushing up a staircase, but when she later watched it, the camera angle had been such that it had turned into a Baywatch-like run. She was too embarrassed to watch the scene with her parents.

Discussing how the numbers are always tilted to women’s disadvantage, actor Sruthi Hariharan and film editor Bina Paul, who were also part of the panel of the session titled "Sexism In Cinema: Time's Up", said that the low representation of women in the industry – film sets often have three-four women to a 100 men – reduces their say in decision-making, and often, when a heroine is “flaunting her assets”, the choice isn’t hers. Film editor Paul pointed out that even editing is considered a feminine profession, one that requires a lot of patience. But the fact that few women, if any, are involved in cinematic aspects such as policy-making and the creative process has a significant bearing on the way women are portrayed on screen, often reduced to nothing more than a prop, a macho hero’s eye candy.

“What it comes down to is that a woman’s body sells, which is very very sad. Think of the roles male characters play – doctor, engineer, journalist – and what women play – a daughter, a depressed person, someone with a resplendent smile – there is just no depth in  how women’s character is developed.”

Paul said the underrepresentation also impacted cinema as a work space – sets don’t have proper toilets for women, in case of a problem, women don’t know whom to complain to, and while India both produces a large number of movies and has stringent laws to deal with workplace sexual harassment, the regulations have not touched the movie industry.

Hariharan spoke of having faced the casting couch problem right at the beginning of her career, when she was just 18. The actor recalled that in those days, she worked as a dancer, and had come back crying to her choreographer. The choreographer had told her that if she could not handle such situations, she should just turn around and leave. 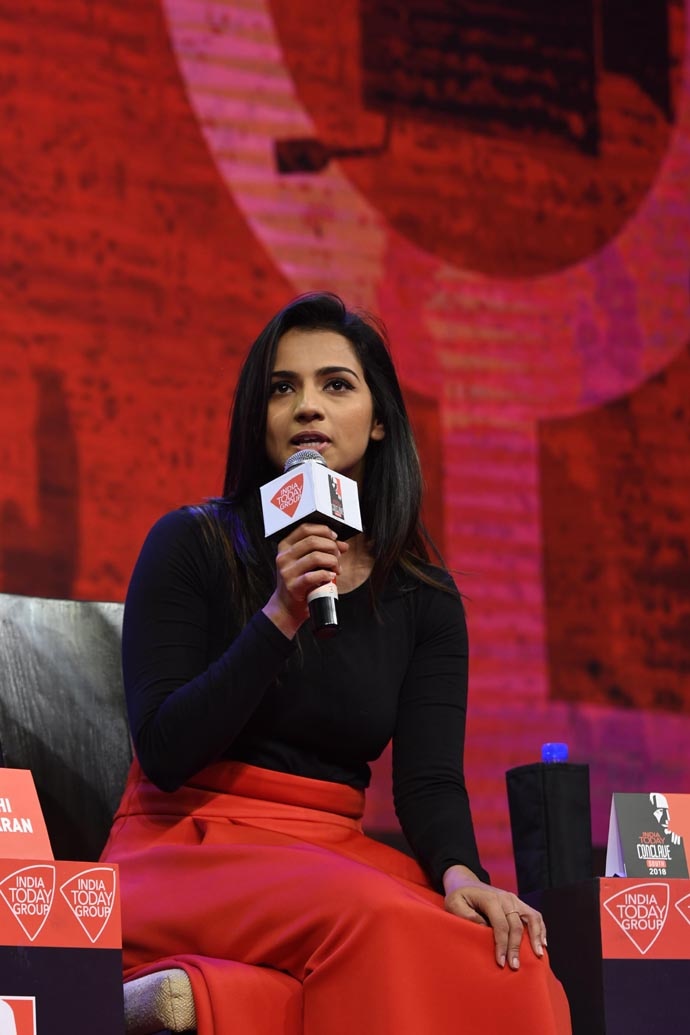 She faced a similar situation some years later when a Kannada movie she had acted in was to be remade in Tamil, and a producer called her to play the same role again.

“Over the phone call, he told me there are five of us producers, we will exchange you among us however we want. By now, I had learnt to answer back, and told him I carry a slipper, and will not hesitate to use it. Since that incident, I haven’t received good projects in Tamil cinema. Maybe, I am not good enough for the roles. But after this incident, word spread that I was weird and difficult.”

Subhash said such stories were likely to scare parents enough to ensure their daughters never work in the movies, while Hariharan maintained that speaking out was necessary. She also said that for the casting couch system to end, more women needed to say no to such offers.

However, giving the example of actor Parvathy, who was recently trolled by Mammootty fans, Subhash said women often faced massive backlash for just voicing their opinion. She gave the example of another actress who had criticised a movie poster showing an actress crawling behind a male star, and was attacked on social media by the star’s fans.

Paul also spoke of the need for a system to report cases of casting couch, to which Subhash said a committee – formed by industry people coming together – that could look into complaints while protecting the complainants’ identity, would go a long way in curbing such cases.

Can women afford to say no to objectifying roles?

Subhash said most of the roles she had played were of the typical love interest of the male protagonist in masala flicks, because those were the offers that were the most abundant, and women said yes to them because such roles were needed to get some visibility. Paul said the reason cinema continued to objectify actresses was because of the perception that women who stepped into the performing arts – dance, theatre, cinema – were somehow “bad girls”.

She said to tackle this, more women needed to be involved in the movie-making processes in functions other than just actresses, and a way to remove the stigma and mystery surrounded with the profession was to professionalise it – have colleges and training institutes churning out professional actors.

To demonstrate how male and female stars play the same roles over and over again – the man as a macho figure, the woman oversexualised – the actors were asked to perform to a popular Bollywood number, Fevicol Se, which is notorious for its sexist lyrics, and was choreographed by a woman. Comedian Sumukhi Suresh was called on the stage to perform the man’s part.

Why do such roles sell?

It was discussed why even good artists indulged in scenes that normalised abusive behaviour – the “rape” of Avanthika in Baahubali, for example – and regressive movies continue to be churned out even when the highest grosser is a film like Dangal.

They just require the woman to be a pretty face on the screen: Shruti Hariharan #SouthConclave18.LIVE: https://t.co/tj9yqTQNKX pic.twitter.com/aD0PWfS82V

The panelists agreed that it was a vicious cycle: movie-makers present a kind of content assuming the audience wants it, the audience can only desire what it is served. Also, even the consumers of cinema are mostly men as public spaces, including cinema halls, were not very accessible to women.

However, all of them concurred that things were changing, and that women were indeed being offered better roles, beyond being a glamorous, “bubbly” character. Hariharan said she hated the word “bubbly”, and recalled how a director had once told her role needed “no logic, only magic”, but now she had done work she was proud of.

Paul also said that the industry was not about a war between the sexes, and often, the industry created regressive content simply because the people involved did not know better. She said one way to tackle that was by creating awareness, and a step in that direction had been taken by the Malyalam film industry by forming a women’s collective.

She said another way could be incentivising the creation of better content, such as having an award for the best character, not just the actor.

However, Hariharan ended the session by reading out extremely cringe-worthy dialogues from a movie – where the hero advises the heroine that a “hot chic could only trust fat chics to be her friends”, proceeds to violate her and then asks her to go play antakshri, and later slaps her thrice, but she bears his child and patiently waits for him.

While she was prodded to name the movie, Hariharan, cryptically, only revealed that it was available on Amazon Prime.