A chronicle of life and limb on LoC

The study by army doctors has minutely studied the pattern of limb injuries sustained by its men over the last six years.

Artillery shells and landmines are responsible for a vast majority of injuries to Indian soldiers posted in Jammu and Kashmir, an army medical study has found. This shouldn’t come as a surprise given the record number of ceasefire violations by Pakistan along the Line of Control in recent months — but the study by army doctors has minutely studied the pattern of limb injuries sustained by its men over the last six years. ‘Fragmentation agents’ were responsible for 67 per cent of wounds on 166 soldiers between 2014 and 2019. Bullets, the study discovered, caused only 32 per cent of wounds. The explosive ordnance, the study notes, were primarily artillery shells and anti-personnel landmines (APLM). "This high incidence is due to continuing hostilities across the Western border, where artillery shelling by the hostile nation is a constant feature," notes the study published in the January-June issue of the Journal of Marine Medicine. 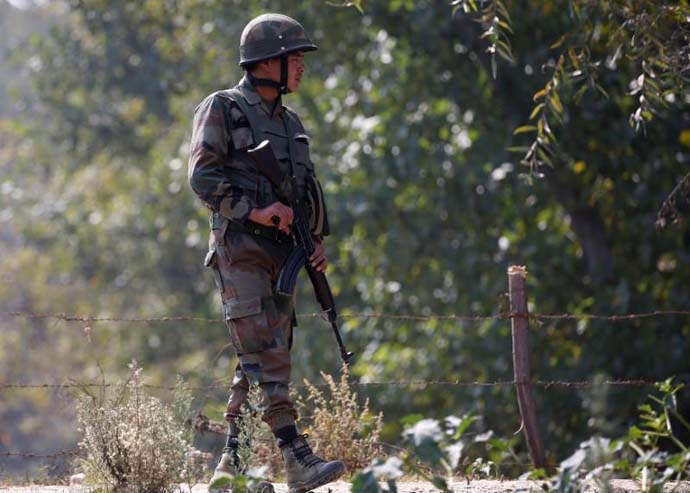 Artillery shells and landmines are responsible for a vast majority of injuries to Indian soldiers posted in Jammu and Kashmir. (Representative photo: Reuters)

Ceasefire violations by Pakistan along the Line of Control peaked last year after the abrogation of Article 370 last August. There were 3,200 ceasefire violations reported in 2019 compared to 1,629 the previous year. Surprisingly for a force engaged in counter-terrorism in J&K for close to three decades, there is insufficient data on limb injuries sustained in combat zones. One key finding is the utility of wearing body armour — bulletproof jackets and helmets — which have overall improved the survivability of soldiers, the reason between 60 to 70 per cent of all injuries were recorded to hands and limbs.

Limb Injuries in Combat Trauma compiled by Colonel Sanjay Maurya, Lt Colonel Vipin V Nair, Colonel Onkar Singh and Lt Colonel SK Singh is by no means exhaustive. The analysis is based only on 166 cases from one of four tertiary care centres in J&K between 2014 and 2019, most likely the Command Hospital, Udhampur. The doctors did not look at fatalities and confined their study to data on the wounded. The study also grades injuries, hospitalisation time, number of surgeries, and their correlation in ongoing military operations.

These findings clearly can have implications for military commanders. They could, for instance, help in improving the quality of combat trauma care in J &K and also focus on preventive aspects like improving troop body protection and bunker construction. Clearly many more such studies are required, one on combat fatalities, for instance, could tell the army how lives could be saved in the golden hour.