DailyOh! What IMF says about Indian economy's revival, to what Richa Chadha has 'done'

Diversity is great but there is only that much the world has.

Swimming pools in India are shut for you if you are not a sportsperson, but large parts of Andhra Pradesh and Telangana have turned into one big swimming pool open for everyone from people to vehicles that people drive around in. To prevent people and vehicles from going swimming, Telangana has declared a holiday today and tomorrow. That has happened because so far at least 14 people have died in Telangana due to the rains.

#WATCH: A vehicle washes away in Dammaiguda area of Hyderabad following heavy rain in the city. #Telangana (13.11) pic.twitter.com/B6Jvyu665Z

Since the MeT department has forecast more rain over the next 24 hours, both Andhra Pradesh and Telangana are likely to remain shut tomorrow too. 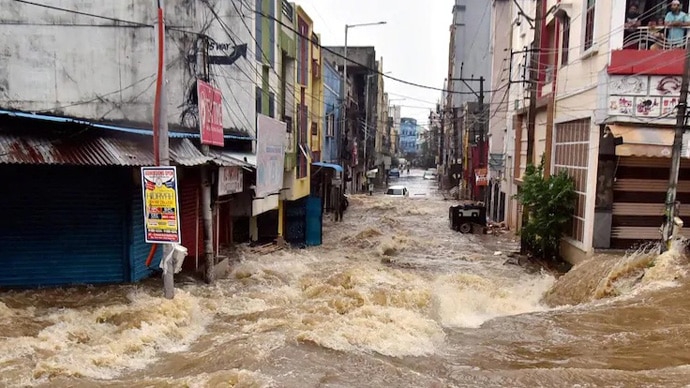 A street submerged under water in Hyderabad. (Photo: PTI)

Cinema halls in many parts of the country will, however, open over the next 24 hours after seven months of remaining closed. No new movie is releasing tomorrow or over the next few weeks. But not-so-old movies will be re-released. The list includes Tanhaji: The Unsung Warrior, Shubh Mangal Zyada Saavdhan, Malang, Kedarnath, Thappad, and War.

There are no cinema halls in Kashmir, but PDP leader Mehbooba Mufti is free to go watch a movie anywhere she wants over 14 months after she was put under house arrest. Mufti, on her part, is not in a mood for movies. She is only going to focus on taking back what “Delhi Darbar, unconstitutionally and undemocratically, snatched away from us”. What Mufti is referring to is the special status J&K was granted under Article 370. Also, J&K has ceased to be a state by becoming a Union Territory. So, Mufti plans to fight both moves. She is joining the fight that National Conference leaders Farooq and Omar Abdullah claim to be fighting. Tomorrow, the Abdullahs and Mufti are likely to join a meeting of all signatories of the Gupkar Declaration, which promises to fight for what was taken away on August 5, 2019. 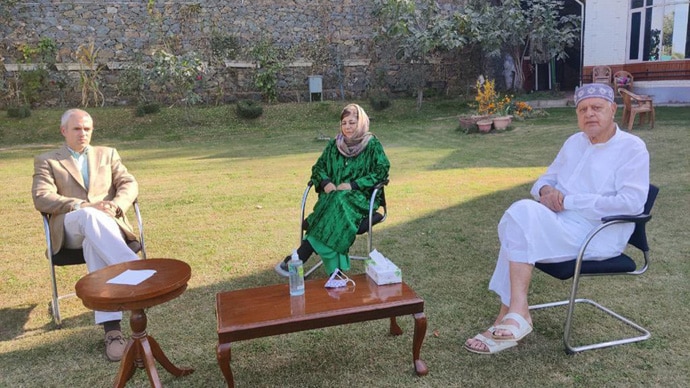 Actor Richa Chadha fought and won – so she said 'done' - against actor Payal Ghosh after Ghosh issued an unconditional apology because in her accusations of sexual assault against a filmmaker, Ghosh mentioned the names of Richa, Huma Qureshi and Mahie Gill too, alleging that he’d said the actors would offer him sexual favours. 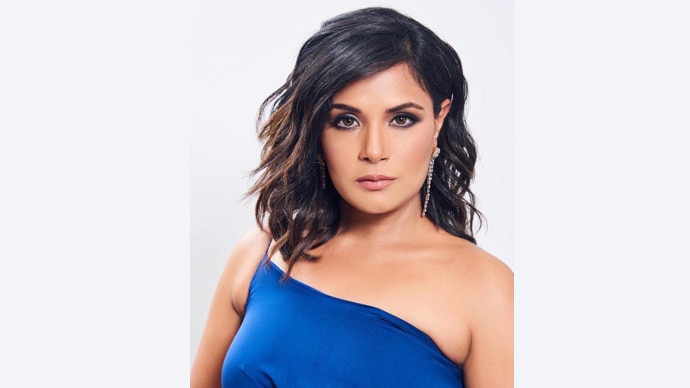 In some more news from the cinema industry with a little cricket and lots of politics mixed in it, actor Vijay Sethupathi has come in for criticism after it was announced that he will be acting in a biopic titled 800 based on cricketing legend Muttiah Muralitharan’s journey against the backdrop of the civil war. People tweeted with the hashtag #ShameOnVijaySethupathi because, they say, the Sri Lankan government killed ethnic Tamilians and Murali in a way was supportive of his government’s actions.

The chances of a movie being made, released and watched without a controversy attached to it are lower than you finding your doppelganger – a person who looks exactly like you. We will tell you why in a bit. First, let’s tell you why looks matter.

Take a few seconds to think over who you have fallen for and if they looked like you. Now let’s return to the question of why all of us are so likely to have a person looking exactly like us somewhere on Earth. Scientists say that happens because there are very few genes that influence facial features.

So there is only that much diversity to go around with and we are likely to have people resembling us as we go around life. Scientists do not know how many genes decide the shape of our face or the space between our eyes but they do know there aren’t enough to give us each an exclusive face. That does not mean they are very common. Human faces differ in their dimensions more than, say, hands vary in their widths and lengths.

All economies across the world all look much the same these days – in the red. But the Indian Monetary Fund (IMF) believes the Indian economy will bounce back to 8.8 per cent growth in 2021 as the world’s fastest growing economy because China is projected to grow at 8.2 per cent. Before next year is this year. And this year, the economy is likely to contract by 10.3 per cent. 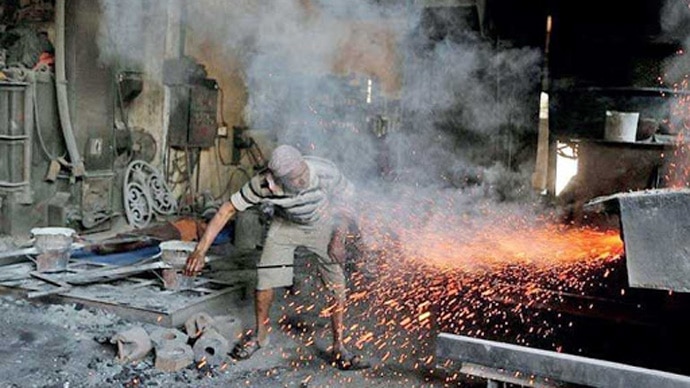 IMF says India could be the fastest groing economy in 2021. (Photo: Reuters)

To revive the economy, the government could give a booster shot in the form of a fresh economic stimulus. We do not know how soon the stimulus could be announced so we will have to wait for a confirmation on that.

We can use the time to understand what stimulus is. Stimulus, the Word Of The Day, is basically a Latin word which meant a goad, or a pointed stick.

Oxford dictionary defines stimulus as “something that helps somebody/something to develop better or more quickly”. The economy is picking up because lockdown restrictions are being removed, but some sectors are so badly hit they can’t do it on their own without a stimulus from the government.

The word stimulus originated in the 1680s as a medical term and was used to describe something that goads a ‘lazy organ’. There is nothing that can goad a lazy person because as the lazy say it, they aren’t lazy, they just enjoy doing nothing. Will you stop doing what you enjoy doing? Unlikely.

A lazy person can’t be pushed into action, but can a dead man come alive? Yes. If the person is only presumed dead and not really dead. A 74-year-old man in Tamil Nadu came out alive from a freezer box after spending a night in it. This was no Roadies task, but a case of presumption gone wrong. The man’s kin presumed him dead and kept the ‘body’ in the freezer for the night.

Next day, the relatives arrived and so did the freezer company to take back the box. It was then found that the man was still breathing. So a night's stay in the freezer does no harm, it seems.

But how long does Covid immunity stay? Five months, says Indian-origin professor at University of Arizona, Deepta Bhattacharya. That is the least. This simply means a person infected with the virus once is unlikely to fall ill due to Covid for at least five months. The finding is based on a study of antibody samples collected from over 6,000 infected people. Remember, most cases are not beyond 5 months old, except if the cases are from the Chinese city of Wuhan.

The mention of China reminds us that Canada has completed 50 years of relationship with China and as part of the ‘celebrations’ has lashed out at China without mincing words, avowing to not let the world forget that China believes in ‘coercive diplomacy’. Relations between the two nations are at an all-time low because China has illegally detained two Canadian citizens. At a time when Indians are fast becoming Canadian residents, we welcome Prime Minister Justin Trudeau’s verbal whiplash on China.

Back in India, the government has cited Sanatan Dharm in its response to the question of same sex marriage. Two couples, meaning four people, want the legal go-ahead to marry so they approached the Delhi High Court. The HC asked Centre for its response. One of the counsels for the government, Rajkumar Yadav, said this situation has not been faced in 5,000 years of Sanatan Dharm. Everything at some point happened for the first time, even male-female marriage.

Even Microwave Mysore Pak, no matter how incredible it sounds, was made for the first time and proved to be so easy and tasty that we suggest you add it to your festive menu.

We will leave you thinking over what else to add to the menu. In the days to come, we will also add your experiments to our recommendations.