Can no longer be taken for granted.

The UK and the US have for long been the preferred destinations for Indian students, primarily due to employment opportunities besides the deep economic and political links that India shares with both these countries.

In recent decades, countries such as Australia, Canada and New Zealand have also emerged as popular choices for Indian students. In the case of the US, the number of Indian students for 2016-2017 were estimated at 1,86,000. 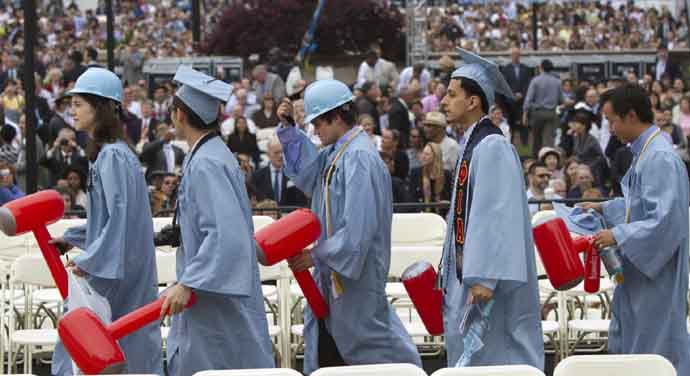 The UK and the US have for long been the preferred destinations for Indian students. [Credit: Reuters photo]

Apart from this, there are new restrictions to the optional practical training (OPT). This is what the United States Customs and Immigration Services, UCSIS, website says:

"The training experience must take place onsite at the employer’s place of business or worksites to which US Immigration and Customs Enforcement (ICE) has authority to conduct site visits to ensure the OPT requirements are being met... The training experience may not take place at the place of business or worksite of the employer’s clients or customers because ICE would lack authority to visit such sites."

This revision has also made US education less attractive for Indian students who looked at training as a possible opportunity.

Only recently, the UK has introduced reforms to its immigration regime. In its new immigration policy tabled before British Parliament, India was not included in the list of "low-risk countries", by the British Home Office, for Tier 4 student visas (university applications for students applying for low-risk countries will become simple. Significantly, countries, including Bahrain, Indonesia and the Maldives, are in the list.

It's pertinent to point out that the spokesman for the Home Office did acknowledge the relevance of Indian students: 'We welcome Indian students who want to come to the UK to study at our world-leading educational institutions. We issue more visas to students from India than any other country except China and the US."

Lord Karan Bilimoria, an entrepreneur of Indian origin and president of the UK Council for International Student Affairs (UKCISA), has dubbed this as an insult to India while also citing this as an instance of the UK’s ignorant attitude towards immigration.

It is likely, that the UK Home office’s decision may have an impact on the Free Trade Agreement (FTA) to be signed between India and the UK, the former is likely to harden its stance. 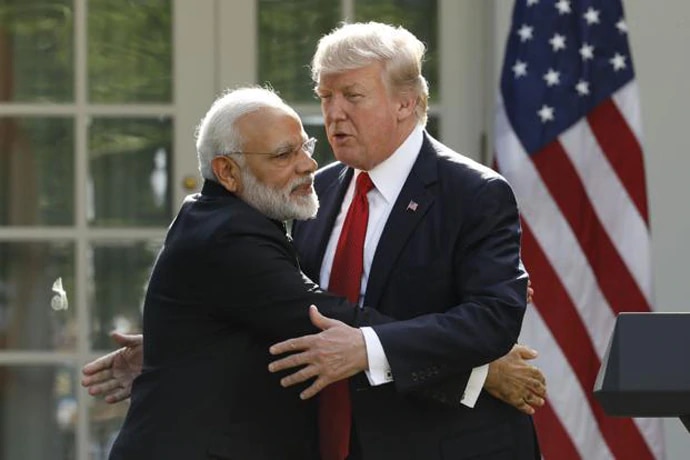 The number of Indian students going to the US dropped by 21 per cent following the revisions made by the Trump administration to the H1B visa regime.

While the recent decision is not likely to go down well with prospective Indian students, there has been a dip in the number of Indians attending British Universities. In 2010, Indian students in the UK were estimated at 60,000. While in 2016, that number had dropped significantly to 15,000. In 2017-2018, there was a 27 per cent increase in student visas (the first time since 2010), but this did not cover the decline over recent years.

The recent immigration policy did have some good news in the context of Tier 2 visas (for professionals). Techies, teacher, doctors and engineers, have been removed from the total cap of 20,700 visas. This creates new opportunities for professionals.

Countries that have benefitted

The biggest beneficiaries of the restrictive policies of the US and the UK have been countries such as Australia, Canada and New Zealand. In Australia, there were over 68,000 Indian students as of November 2017 (a rise of 14 per cent from the period from January-November 2016), there has been a surge in the number of Indian students attending Canadian universities (in 2015, this number was estimated at 31,795 while at the end of 2016, this was estimated at 52, 890).

While Australia abolished 457 (the equivalent of an H1B), which impacted Indian professionals, Canada has been generous in providing work visas as well as permanent residency. The latter has been successful in weaning away software professionals from the US through Canadian PM Justin Trudeau’s Global Skills Strategy.

Countries like the US and the UK need to decide for themselves, whether or not they want to make use of talent. The Indian government itself needs to be more firm in safeguarding the interests of its students overseas.

Indian students, who perform exceedingly well academically as well in the professional sphere, are an important component of India’s "soft power". The aspirants, on their part, should also explore new destinations, which are trying to open up student visas and employment opportunities, and should not just go by what education consultants insist.

As India begins to strengthen ties with countries in East Asia and South East Asia, Indians should explore possible opportunities in countries like Taiwan as well. It is setting up more education centres in India, establishing exchange programmes with universities here. The country’s ministry of education is also planning a revision to the law according to which talented overseas students may be permitted to work in Taiwan.

Countries, which have been the preferred choices for higher studies, should realise that Indian students have numerous options and they cannot be taken for granted. Not just simpler application procedures and student visas, it is important that there are substantial incentives such as relaxation of work visas.

New Delhi, on its part, needs to be firmer in flagging problems faced by Indian students, and while strengthening ties with foreign countries the focus should be on educational linkages.

#Trump administration, #H1B Visa, #UK, #US
The views and opinions expressed in this article are those of the authors and do not necessarily reflect the official policy or position of DailyO.in or the India Today Group. The writers are solely responsible for any claims arising out of the contents of this article.