Over the next few years, 60 per cent of the population increase in India would come from the least developed states.

January 26, 1950, is a day to remember. This was the day when our Constitution came into force, completing the country’s transformation to a liberated Republic, and a new India was born.  The country, though faced with grim challenges, was smaller and younger.

India is still an immensely young country. More than half of its billion population is under the age of 35. By 2020, the average age of Indians is likely to be 29, the lowest in the world.

With superpowers such as US, South Korea, Japan and even China ageing, this demographic prospective offers India an unprecedented edge, which could further contribute to building a New Young India by 2022, when India would celebrate 75 years of its independence. The generation in its 50s in China today is the one that has heaved the country out from privation and poverty. Every third person in India will have to do the same for New India. 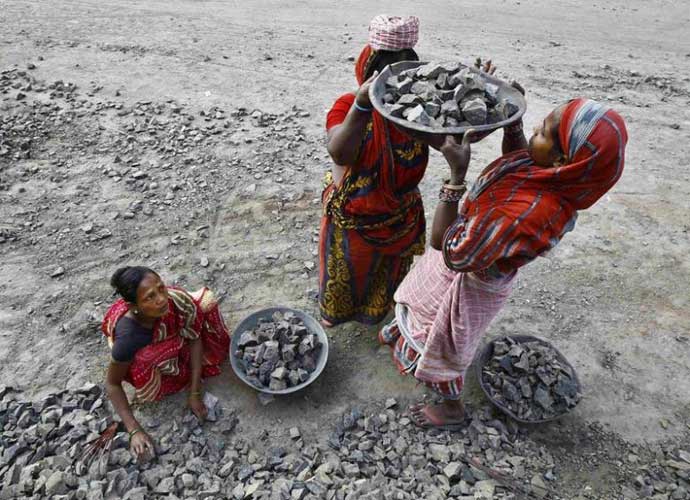 Nearly 90 per cent of the country’s manpower is part of the informal sector. Photo: Reuters/File

However, there are points to note here. India’s comprehensive total fertility rate, measured as the number of children born to a woman, has fallen from 4.97 during 1975-1980 to 2.3 for 2015-2020. This conceals vast disparities across the country. In urban India, the fertility rate is well below what’s called the “replacement rate” needed to keep the population eternal.

The number of children born per woman in prosperous and more developed states has fallen to levels lower even than those in countries such as France, Australia, US and New Zealand.

This disparity is not good news. The maximum numbers of young minds are coming from parts of the country that are the most deprived of basic infrastructure and social security, and disconnected from the mainstream economy.

This can spell problems. If this group is to form our working age population and give India an advantage over other countries, how can they do it from where they are, part of the least developed and marginalised demography?

The vast majority of young people today live in developing countries. According to the United Nations, globally, around 85 per cent of 15 to 23 years olds live in developing countries, a figure projected to grow 89.5 per cent by 2025. Among them, some live in rural areas, but many inhabit the overpopulated metropolitan areas of India, Mongolia and other parts of Asia.

Young lives in developing countries are defined by poverty, famine, lack of sanitation and clean water. Health problems are rife, especially due to prevalence of HIV/AIDS in certain regions. The UN estimates that 200 million young people live in poverty, 130 million are illiterate and 10 million live with HIV/AIDS.

Youth is the foundation of a future revolution, the owners of tomorrow who carry the zeal to create a new world. We must take the responsibility of the coming generations and position them so they can create a sustainable future for themselves.

The question is how do we empower them? They have certain duties towards the country and when we think of the socio-political scenario in India, possibilities seem rugged and promising.

It is noteworthy that our present-day government has realised that without imparting skill-based training to young people, we cannot transform the country. Individual development, as we know, begins from vocational training, as it provides the fundamental bedrock for human life and individual growth.

The NDA government, shortly after it came to power, announced the assertive Skill India mission that aimed to improve skills for more than 400 million people by 2022. The initiative was to ensure that the millions who enter the job market untrained receive vocational skill-based opportunities.

Out of India’s approximate 480 million employed, less than five per cent have formally recognised skills and nearly 90 per cent of the country’s manpower is part of the informal sector. The government has committed itself to providing young people with skill development and vocational training so that they can find or create jobs. Around 1.04 crore people were skilled in 2015-16 under the Skill India Mission; a quantum jump by 36.8 per cent since last year.

The new ambition and dynamism are welcome. But the success of the initiative would depend largely on how it impacts the vast majority engaged in the unorganised sector. Our nation will not prosper by ignoring and hiding our flaws and imperfections.

From our scholars struggling to seek opportunities to major MNCs like Microsoft and Google having Indian CEOs, we have come a long way.  India is emerging as a global power. The young population of India can be its biggest asset, if appropriate skill-based schemes are conceived and implemented with maximum engagement with young India.

Also read: Are Indians being fooled about the state of their economy?

Post your comment
#Jobs Creation, #Unemployment, #Skill India mission, #India's demographic dividend
The views and opinions expressed in this article are those of the authors and do not necessarily reflect the official policy or position of DailyO.in or the India Today Group. The writers are solely responsible for any claims arising out of the contents of this article.