'She turned towards brash, power-wielding men rather than towards philosophical-idealists like her father.'

Indira Gandhi, I dare say, was let down by the men in her life.

In her case, though, it surfaces as unusual since she was a girl born into India’s first family, with enviable exposure to the brighter and more progressive side of the world. One would never have expected Jawaharlal Nehru's daughter to tide through the destiny of an average girl of the masses.

However, analysing her bitter 'n' sour relationships with most important men in her life leaves you with a gnawing sense of remorse for the woman.

The lady, who was to take on the mantle of India’s Iron Lady in her later years, was rendered vulnerable, meek, forceless and, sometimes even spineless, by the chauvinistic influence of the men, who surrounded her through her prime.

Nehru gave her a sense of inadequacy for not being bright enough, Feroze gave her instability and disloyalty, Mathai belied her trust (if there ever was something between them), Brahmachari used proximity to her for striking deals and Sanjay gave her otherwise clean political career shades of demonic grey.

Surprisingly, when it comes to Nehru, Indira seems to have spent a larger part of her life trying to prove to Nehru what a “boy” she was. Nehru must have been so obsessed with the idea of a son that his daughter felt the need to sign her letters as “From your loving Indu boy”. Indira Gandhi with husband Feroze who, it is said, had a "glad eye for women". Photo: India Today

Nehru's condescending attitude comes through even in his treatment of his wife Kamla Nehru who was not as sophisticated, witty and socially adept as Nehru's sister Vijay Lakshmi Pandit. He went to the extent of mocking a person, who was alluding to a man having an affair with Kamla Nehru, brushing it off as “Look at her. Would someone want to have an affair with her?”

The next turning point in Indira’s life was her romantic involvement with Feroze Gandhi. This relationship seemed to have brought a bane that was to plague her through her active years - both politically and personally.

Feroze’s friend, Nikhil Chakravartty, believed that Feroze was “loose with women”, “had a girlfriend in England even when he visited Indira every weekend, had many affairs and could not resist relationships, which Indira knew about”.

The fact that Feroze was faithless must have played big time on the mind of the woman, who kept going back to him for companionship and was incapable of suppressing her love for the man, as long as he lived. Despite being in the know of his nature, she could never totally wean herself away from his influence in her life.

Also, her relationship with Feroze split her life between her father and husband, who were two different extremes. 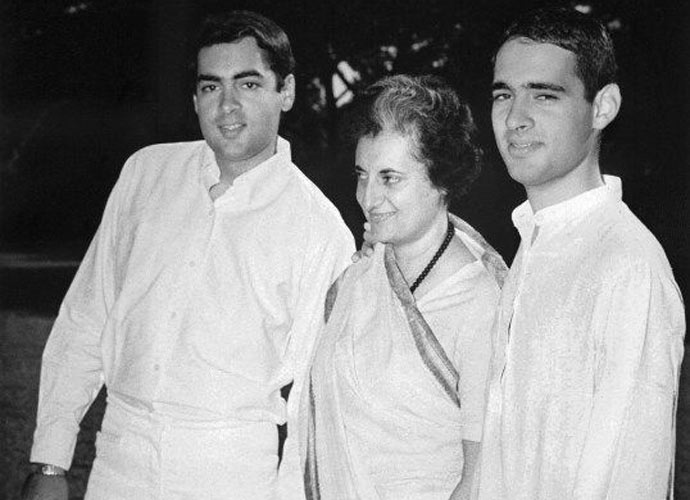 As Sagarika Ghose mentions in her book Indira: India’s Most Powerful Prime Minister: “Her decision to marry him was also a rebellious assertion of will against her father. Feroze Gandhi was a boisterous, loud and gregarious man....opposite of the polished, cultivated Jawaharlal Nehru.”

(Interestingly, while Nehru had reasons to reject the alliance, Mahatma Gandhi supported Indira and Feroze’s alliance and gave them his blessings. However, his subsequent suggestion of marital celibacy comes across as absurd and condescending.)

Indira’s unverified, but most talked about, romantic liaison with Nehru’s secretary Mathai also ended on a low. The aftermath of this alleged romance would probably make her turn in her grave.

“In Mathai’s autobiography reminiscences of the Nehru Age, he allegedly wrote a chapter entitled ‘She’, which describes a passionate Indira, with whom he apparently had a 12-year long affair. But post his disgraced exit from the Nehru lobby, as Sagarika says, “His writing on Indira could very well be vengeful outpourings of an embittered individual.” Any which way, he let her down as a friend or a lover whatever Indira saw him as.

With both Feroze and Nehru gone, the vacuum created was filled in by her younger son Sanjay. Sagarika very aptly describes her relationship with Sanjay as the “Dhritrashtra Syndrome” where the parent was blinded by the love of the child. “Leveraging parental guilt is often a child’s way of securing a blank cheque and Sanjay clearly played to Indira’s vulnerabilities.” Indira with father Nehru and the Kennedys. Photo: AP

After the Bangladesh war, while she was not able to cope with her success, Indira became the victim of her younger son who, instead of having a moderating effect, threw her completely off the rail. Sanjay’s entitlement syndrome cost Indira both her reputation and a number of lows in her political career.

His questionable role in the Maruti fiasco and the Emergency sealed Indira’s political fate and also took away the only sensible confidant that she had in Parmeshwar Narayan Haskar. Sanjay’s differences with him led to Indira losing out on valuable counsel when she needed it the most.

One can argue that Indira’s choice of confidants and men was flawed. But if history was to be tender for a moment and give her a breather, her choice of men was more a retaliation to the conflict she had suffered in her childhood, in feeling inadequate in the presence of towering personalities like Nehru and Vijay Lakshmi Pandit in the family.

As Ghose mentions in her book: “Motilal, Feroze, Sanjay were the alpha males in Indira’s life. Brought up by a refined intellectual father, Indira was paradoxically drawn towards darker versions of men, aggressive… she turned towards brash, power-wielding men rather than towards philosophical-idealists like her father, with whom she had never been able to communicate easily... Sanjay had been more of a daredevil sort of man, so was Feroze and so was MO Mathai.”

Truth be told, despite all the highs and lows, one can say that Indira remains the most powerful prime minister of India "despite the men in her life".

Post your comment
#Sanjay Gandhi, #Feroze Gandhi, #Jawaharlal Nehru, #Indira Gandhi
The views and opinions expressed in this article are those of the authors and do not necessarily reflect the official policy or position of DailyO.in or the India Today Group. The writers are solely responsible for any claims arising out of the contents of this article.