They are young, rich and they know how to make themselves beautiful in the eyes of the online beholders.

As India hankers for some loose change, gets stuck in serpentine queues outside ATMs to take some cash out, there are a handful those who are so far, far away from all this monetary pandemonium that they not only don’t care, they laugh at us. For them, life’s a long series of Instagram posts on their unabashedly luxurious, even ostentatious lifestyle, so unimaginably posh that it hurts.

They are young, rich and they know how to make themselves beautiful in the eyes of the online beholders. Also, they are borderline egomaniacs. They inhabit a planet known as the “Rich Kids of Instagram”. Their motto is simple: Have it. Flaunt it. 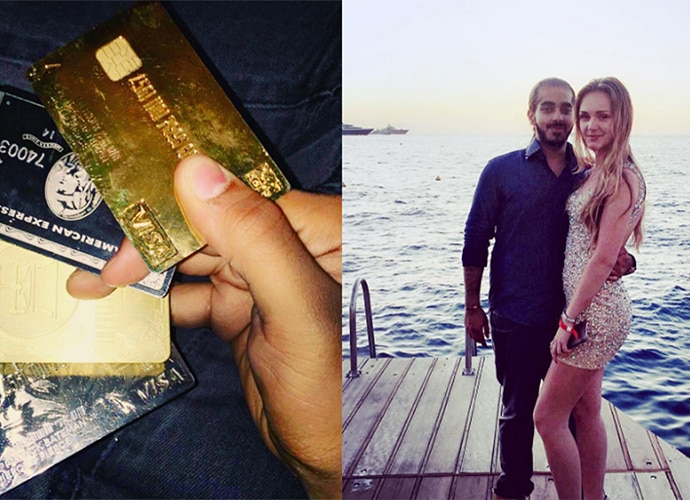 A business lunch bill at the Monaco Grand Prix goes up to Rs 64 lakh, and they flaunt their Lamborghinis and Porsches and Bentleys as if they were last night’s dinner. Their party photos look lavish, luring you into a life that’s part phantasmagorical, part reality. It looks too good to be true, or cut out from an exquisite Bollywood film set.

How is it to be an Evan Luthra or a Param Sharma or an Anil Arjandas – the Indian Richie Riches, who are also young, pretty and nauseously entitled? And more than ever, living off the obnoxious wealth has never been so “trendy”. The rich have always been known to have lavish lifestyles, but turning it into a Twitter trend, a matter of celebrity that feeds off the online voyeurism, and often generates money in the process, is still a developing phenomenon.

And why should the Indian superwealthy lag behind in this game of flaunting like a pro?

Evan Luthra, who has about 171,000 followers on Instagram, has turned photo-blogging his superrich life into a propah style statement, and he is interested in media only if that means there will be “valuable content about me”. With Luthra’s photos showing him partying like a pro, with champagne guns, rolling in vintage wine bottles, with “bikini-clad women” all around, all he needs to do for a living, is to, well, just be.

And there are really no qualms. Flaunting comes easy, with all that insta-wealth. Some of it is inherited: Luthra’s father is a Noida-based businessman. But a substantial chunk is self-generated: he runs an app-developing company. According to Luthra, "If you are going to tell me to stop enjoying my life, then I am going to tell you 'who are you'? I just do what I do and I post my photos. Instagram is the tool for that. If I have a nice, luxurious lifestyle, then I am going to show it because I work for it."

Few others, such as Param Sharma, not only make the bouncing NRI youngster look particularly enviable, at least according to the present social media and lifestyle standards, they also turn being obnoxious an art form, a digital capital. The snheer snobbery of Param Sharma’s Instagram handle - @itslavishbitch – is enough to attract followers like moths to a flame, at 365,000 and counting. He compares his life to the brand Louis Vuitton, but can easily pass off as the old Onida tagline – “Neighbour’s envy, owner’s pride”.

What is it about the online flaunting of wealth and the high life that makes it so precocious and yet so exclusive? There’s of course the digital voyeurism of internet trolls and the teeming millions for whom the good life now becomes just a click away, at least visually. But, there’s equally the embedded advertisements and product placements that go along with these high-voltage photo-blogs, either on Instagram, or Twitter, or other social media venues, that make these young lives – the “new influencers” and trend-setters – seem both attractive and yet completely unattainable.

The digital world has made accruing money and aspiration a matter of entrenching class divisions further. So dismissing known celebrities such as Paris Hilton as “peasants” acquires a cool quotient. Selfies in the backdrop of Audis and Mercedes and BMWs, and all the uber-luxury brands such as Givenchy and Lacoste and Louis Vuitton, acquire a quasi-regal aura. Somehow the ostentation gives it a decadent, aristocratic lure, an epicurean madness, elevates it from the flatness of the internet.

Throw back to last years Monaco Grand Prix when a decent business lunch turned into a crazy celebration breaking some records haha. Just booked the yacht for this year, who's coming along to join me for the craziest time of the year? ???????????????????????????????? #MonacoGP #MonacoGP2016 #EntrepreneurOfTheYear #CraziestPartyOfTheYear #BottlesonBottles #Cannes #FilmFestival #Monaco #MonteCarlo #GrandPrix

If you want a glimpse of what hedonism will come to in the digital universe, the rich kids of Instagram can give you a slice of that forbidden kingdom.

Also read - Is India the best country in the world to live in?