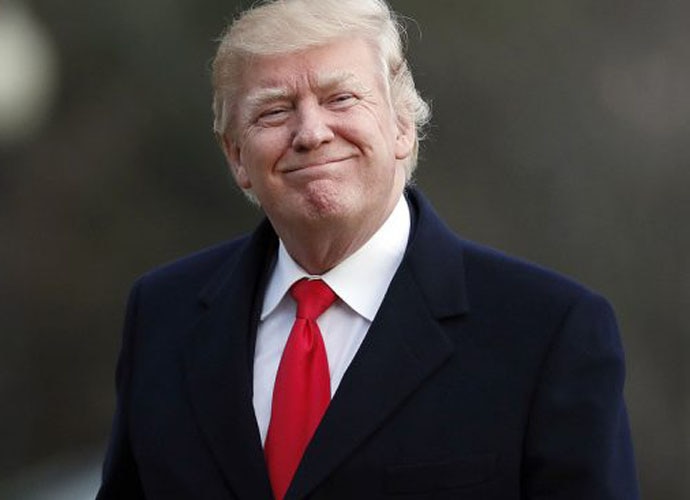 It's also a setback for the Narendra Modi-led ruling BJP, which will face general elections within one year.

The move will inevitably exacerbate tensions in West Asia, a perennial tinderbox, deal a body blow to India's massive strategic investments in Iran as Tehran moves further closer to China and Chinese strategic footprints enlarge in Iran, and, last but not the least, will trigger a spike in oil prices.

On July 14, 2015, the P5+1 (China, France, Russia, UK, US and Germany), the European Union (EU), and Iran reached a Joint Comprehensive Plan of Action (JCPOA) to ensure that Iran's nuclear programme will be peaceful.

This international deal was killed on Wednesday single-handedly by Trump, saying: "We cannot prevent an Iranian nuclear bomb under the decaying and rotten structure of the current agreement." Trump's most significant and bizarre foreign policy decision to date has put him at loggerheads with America's key European allies as the leaders of Britain, France and Germany quickly issued a joint statement expressing "regret and concern" and pledging their "continuing commitment" to JCPOA.

This is what British Prime Minister Theresa May, French President Emmanuel Macron and German Chancellor Angela Merkel said in their statement: "This resolution (JCPOA) remains the binding international legal framework for the resolution of the dispute about the Iranian nuclear programme... We urge all sides to remain committed to its full implementation and to act in a spirit of responsibility."

The European leaders' strong stand conveys that the EU will carry on with its opposition to Trump's erroneous policies on Iran. French President Macron did just that and bravely supported the Iran deal during his recent US visit and told Trump that it deserved another chance.

The ministry of external affairs (MEA) issued a brief statement postulating the Indian reaction on the Iran. "India has always maintained that the Iranian nuclear issue should be resolved peacefully through dialogue and diplomacy by respecting Iran's right to peaceful uses of nuclear energy as also the international community's strong interest in the exclusively peaceful nature of Iran's nuclear programme. All parties should engage constructively to address and resolve issues that have arisen with respect to the JCPOA," the statement said.

Trump is supposed to be consistent in his approach towards all alleged or suspected violators of the peaceful nuclear regime, which he is not. A case in point is his North Korea policy. Why is he adopting different yardsticks for a highly aggressive and unstable Pyongyang, which has repeatedly threatened to attack the US, not only with conventional weapons but also with its proven nuclear arsenal.

It's laughable that Trump engages in a childish spat with North Korea on issues such as who has got a bigger and more effective nuclear button whereas, with Iran, which hasn't threatened attacks on the US, he chooses to adopt entirely different foreign policy parameters, this despite repeated certifications of the International Atomic Energy Agency (IAEA) that Iran is fulfilling its commitments under the nuclear deal.

The Trump-led US is playing into the hands of Iran's rivals Israel and Saudi Arabia, who in turn are interestingly mutual rivals. Saudi Arabia's powerful crown Prince Mohammed bin Salman is currently caught in an internecine domestic battle for supremacy and it is part of his well-thought strategy to open a front with Iran to divert domestic attention. The world's sole superpower, the US, needs to factor in this before taking sides.

But he refuses to do that as he is eyeing multi-billion business contracts from Saudi Arabia, whereas in his scheme of things Iran cannot give him business.

Trump is playing with fire. He is the kind of a president who is always in election mode. He is crassly playing to his core domestic constituency. He is doing it deliberately and consciously because he has his eyes set on the next presidential election. Trump's Iran policy is essentially geared at his next presidential campaign. The disturbing thing is that he is getting considerable traction within his country.

Trump's foreign policy is largely a transactional diplomacy, a kind of a zero sum game. He has been telling his foreign interlocutors, "Okay, I will give you 'this' provided you give me 'that' in return."

There will be adverse strategic implications of this development for India. Chabahar Port in Iran, where India has already pumped in millions of dollars and has pledged $500 million, will now be a goner for India. The venture will suffer and India may have to surrender the advantage to China and Pakistan. In order to please the US, India may halt operations at Chabahar. Should India waver or dither, Iran would hand over the strategic port to China and Pakistan who would be more than eager to lap up the opportunity. Another scenario is the inevitable spurt in international oil prices. I spoke to Himendra Kumar, noted expert on the intricate dynamics of international oil, on this aspect. This is what Kumar had to say: "With the US scrapping Iran nuclear deal unilaterally, the consequences for India in the immediate term may be more indirect than direct.

The US move could potentially lead to an increase in global oil prices by up to $10 per barrel on declining inventories, subdued increase in global oil output due to production cuts being implemented by OPEC and Russia and shale oil not being able to match the drawdown in inventories and panic buying. At the moment, we are looking at oil prices closing in on $90 per barrel before retreating in three months to $75 a barrel levels."

Yet, India will start feeling the pinch sooner rather than later which will hurt the Indian economy. Kumar says: "This would put pressure on India as a major oil importing nation. We may see a steep decline in the rupee on rising current account deficit exacerbated by flight of capital from Indian stock markets, dent in India's foreign exchange reserves on more dollars being spent for oil imports and reining in the rupee that would go into a freefall without periodic interventions by the central bank. All that may shave off 1 or 1.5 percentage points off India's GDP."

The Iran conundrum has come at a wrong time for PM Modi and his party, the BJP, when the party is bracing for general elections in less than a year. The expected increase in international oil prices will fuel inflation further and would negatively impact the Indian economy.

Modi began his prime ministerial tenure four years ago when international oil prices had touched rock bottom and gone as low as $36 a barrel. Today it's over double that figure and chances are that oil prices would continue their upward march.