There's no justification for these despicable crimes against humanity.

In the chequered history of this country, different forms of violence assume significance at difference times. If communal riots were the flavour until September 2015, since then, when Mohammad Akhlaq was lynched to death by a crazed mob over WhatsApp beef rumours, this has been the chosen mode of propagating heinous and mad, and more often than not, Islamophobic mob rage.

While last week, it was Swachh Bharat activist Zafar Khan, this week there have been two such incidents, in which two people belonging to two completely different walks of life, were lynched to death by a crowd rendered abid with hate. In Nowhatta, Srinagar, the deputy superintendent of Jammu and Kashmir police, Mohammed Ayub Pandith, was beaten to death outside Jamia Masjid where he was overseeing Kashmiri separatist leader Mirwaiz Umar Farooq’s security detail. This happened on the midnight of Thursday, June 22, and Pandith died in the spot, in the early hours of June 23.

DySP was part of anti-sabotage team to secure Jamia mosque. His pistol was snatched after he fired in self defence. Was beaten to death

Also on Thursday, a 16-year-old boy, Hafiz Junaid was stabbed to death, while his friends and brothers injured with stab wounds, after an altercation over a seat turned violent on a Mathura-bound train. According to survivor reports, the argument over seats quickly degenerated into religious slurs, as Islamophobic rants were showered on the group of four boys, aged 16, 18 and 20.

They were accused of being beef-eaters, were called “Katwas” (slur for being circumcised), their skullcaps were snatched, and beard pulled, finally stabbing the 16-year-old Hafiz Junaid multiple times on his chest, after pinning him to the wall of the train compartment. This occurred on June 22 evening between Okhla and Asoti in Haryana, over a distance of about 60km.

The two stories made the front-pages of Indian newspapers on Saturday, June 24, even though the news broke together on early morning Friday. The two incidents, while adding to the ever-growing list of mob lynchings in India, also demonstrated that absolutely no place is safe in the country at present, and one can be killed by a mob who belong to the same religion as the victim.

Used to be a time when u shared food on trains and made new friends. Now you accuse them of eating beef and kill them. #JaiHind

Beef law is our own Blasphemy Law. Will be used to settle all kinds of scores against the minorities. (We become the ideology we most hate.) https://t.co/pDiZcGnlIx

Senior journalist Sagarika Ghose is maintaining a list of mob lynchings in India, and she periodically tweets the Facebook link with the updated post. It’s a gruesome volley of violence that has gripped the whole of India, particularly states like Rajasthan, Jharkhand, Haryana, Delhi, Uttar Pradesh, Madhya Pradesh, West Bengal, Assam and now even Jammu and Kashmir. So much for unity in diversity in the age of the Indian lynch squad.

However, we need to stop here and ask ourselves: is it fair to make a case for good, justified lynchings, or bad, unjustified lynchings? For example, as an irate mob beat DSP Ayub Pandith to death, some local journalists tried spreading the conspiracy theory that Pandith wasn’t circumcised and therefore was a “Hindu agent”.

A so-called #Kashmiri journalist had tweeted that the person lynched by the mob was not circumcised.Has deleted the tweet now.Shame on him https://t.co/8baKynWMrd

However, reports since then have rubbished such claims. In fact, senior journalist Rahul Pandita has, in a series of tweets, captured how DSP Ayub Pandith was a committed and extremely competent officer of the J&K Police, and his family had been a supporter of Mirwaiz Umar Farooq.

5. Ayub's family is Mirwaiz supporter. In fact, all previous marriages in his family were solemnised by the current Mirwaiz's late father

But that didn’t stop a crazed, raging mob from beating to death the officer in civilian clothes, who was outside the Jamia Masjid in the heart of Srinagar, waiting to break bread, taking pictures with his camera. When the crowd pounced on him, he fired a few shots in self-defence, and then the mob turned on him with full force, snatched his pistol, tore off his clothes and beat him to death.

11. Someone in the crowd spotted his pistol and soon the news spread that a Kashmiri Pandit intelligence officer was inside the mosque

12. The lynching began. Surprisingly, till morning the police maintained none of its men was missing

13. The family was informed at 4.45 am. Ayub's cousin went to police control room and says he could barely recognise his mutilated body

In fact, Pandita has tweeted how DSP Ayub Pandith’s daughter, who’s studying MBBS in Bangladesh and had come home for Eid, had to witness this horror of her father’s murder by a band of out of control men. Yet, as eyewitness reports say, there were hundreds of people outside Jamia Masjid where this horrific incident happened, but no one came to the officer’s rescue.

14. Ayub was 54. His daughter, who is an MBBS student in Bangladesh, had come home for Eid. She had to witness something really tragic

“They lynched him,” “People stood and watched. There were thousands of people watching. And if anyone says otherwise, they are lying.” https://t.co/oh8VRy8uto

Similarly, in the case of the young Hafiz Junaid, no one on the train came to the young boy’s rescue. The follow-up story in the Hindustan Times captures the shock, horror and pain of the aggrieved family as they learned of Junaid’s death. “How can they hate us so much?” was the constant refrain, as tears and wails tore through the sky.

The difference between the two lynchings – and it’s only one difference – is that in the case of DSP Ayub Pandith, even belonging to the same religion as his murderers didn’t save him, while young Junaid and his friends became victims of the rabid anti-Muslim sentiment that gets state sanction under the central and state regimes. 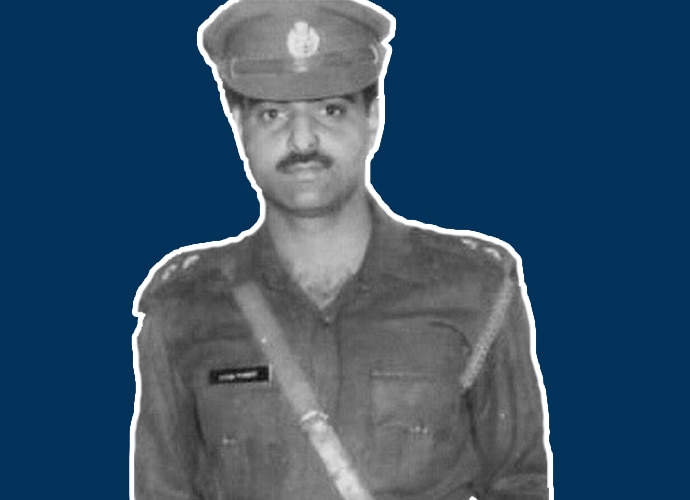 It is instructive to note that none of the central ministers attended the very last iftar party hosted by President Pranab Mukherjee in Rashtrapati Bhavan on Friday night. It was uncannily empty as reserved seats were vacant, and every single one of the Union cabinet ministers in the Narendra Modi government gave it a miss.

Opposition leaders such as Sonia Gandhi, Rahul Gandhi, Ghulam Nabi Azad, Vice President Hamid Ansari, among others were of course, present, but the conspicuous absence of Modi cabinet ministers sent out a terrifying message.

Ok this is genuinely strange behaviour from Modi Sarkar. Don't host an iftar, fine. No minister even willing to attend one? Weird. https://t.co/7tSnUfZjdT

How deep must your hate of Muslims run if not one can attend an innocuous dinner party - thrown by the president! - just because "Islamic" https://t.co/bE7WhcXHhx

Oh come on, how petty and graceless can you get: https://t.co/Q3dOVh7fBJ

With state chief ministers saying the Mughals and the Taj Mahal are not Indian, sadhvis and Hindutva brigade making one outrageous comment almost daily, the toxic words have been weaponised. As journalist Nidhi Razdan said, we have become lynch mobs on Twitter and also outside of it.

We see the lynch mobs on twitter. That's what we've become in real life too. Shame

Exactly as TV channels bay for Muslim blood planting and running fake stories, the mob outside the TV studios gather momentum to unleash frenzy on yet another victim of mad, uncontrollable, murderous rage. Whether it’s a Jammu and Kashmir cop, or a teenager on a train, or a dairy farmer, there’s no justification for these despicable crimes against humanity.