The JCB videos have us all agog. But why? Just what need are the videos of a mechanical deep dig filling in us?

Social media has a new hero, or heroine, or both, depending on how one looks at it. One fifteen minute-long YouTube video, in imitation of wildlife documentaries, details the mating habits of hydraulic excavators, where a visibly larger male excavator fends off competition from a rival male, to fight for the attentions of the relatively petite female excavator. While the gender politics of this might be a little outdated, there is little doubt that the hydraulic excavator has captured the imaginations of the washed and unwashed millions alike.

In India, the hashtag ‘JCBKiKhudai’ has been trending on Twitter and shows no signs of ebbing. JCB, a leading manufacturer of the digging monster, has thanked Indians from the bottom of its deep pockets. JCB is now a household name, as familiar as Virat (Kohli), and considerably bigger.

India is a country perennially under construction. We’ve been building for centuries and show no signs of stopping; we surprisingly also have little to show for it, given our ugly architecture and ‘building collapses’. The JCB excavator is a symbol of our ingrained love of digging, performing foundation stone-laying ceremonies with the blessings of various gods and adding illegal floors to hazardous buildings.

It has been said that staring is an Olympic sport in India, the country of ultimate time-passersby. Before the advent of the mobile phone, we stared into space. And whoever passed in front of our eyes. Now, we stare into the earth. Staring is an Olympic sport in India. JCB gives us a new vision. (Photo: Reuters)

The excavator, wherever it is deployed, never fails to attract a crowd. Videos of the excavator-at-work have their own devoted audience far bigger than that of celebrities. The excavator is now a social media influencer in its own right, attracting millions of views. Sunny Leone has posed on it; a groom in Chattisgarh rode to his wedding on a JCB decorated with traditional flowers. The hydraulic excavator has finally emerged from the shadows and taken its rightful place in society.

So what is an excavator? The excavator is T-Rex no less who has miraculously sprung back to life. The excavator is an ungainly beast of burden, which has acquired an aura of glamour. It is an elephant with a versatile trunk. It’s a symbol of rebellion, as the groom who shunned the horse, proved. The excavator marks a pinnacle for mankind; we even sent a look-alike to Mars.

The excavator is not a road roller; Twitter users who shared photos of themselves, perched on the humble road roller, were ticked off by offended JCB loyalists for mixing up chalk and cheese, and told to mind their Ps and Qs.

What accounts for the JCB madness?

Timing offers a partial explanation. Excavator videos have gone viral in the silly season, the no man’s land that opened up between elections and the release of Salman Khan’s Bharat, not to mention India’s first match in the cricket World Cup. 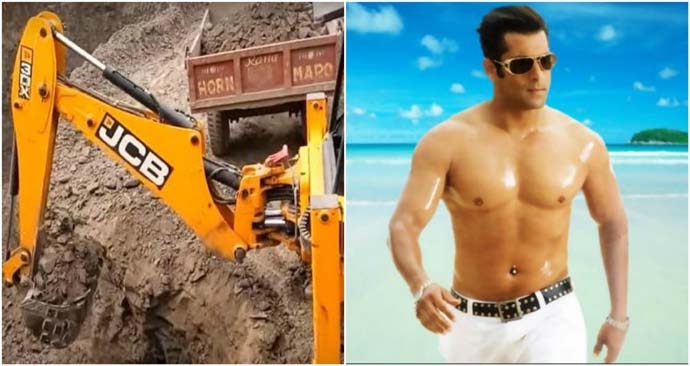 We want depth, Salman! And we got it, with JCB. (Photo: DailyO)

The excavator trend doesn’t strike me as a fleeting love affair. Amazon is selling toy JCBs for Rs 1,400. It looks like the excavator is here to stay, having carved a space deep in our hearts. It reminds us of our automaton lives. The cool wet earth being dug up is a balm that helps us tide over a scorching summer. Or maybe, we are just plumbing the depths of our earthly boredom.

Meanwhile, the conspiracy theorists have been working over time. According to one, the Twitter trend was spawned by art film buffs. The typical excavator video has a run time of about fifteen minutes, if not longer. There is little dialogue, no background score and a hell of a lot of repetition: mud being scooped and deposited in a dumpster, a truck being led on a leash, having dug its heels in slush. These videos have unshackled art cinema from its elitist film school moorings and brought its excruciating slow-paced realism to the masses. Look how they’ve lapped it up.

Who wants a Godard when you can have JCB? (Photo: YouTube/Twitter)

The second conspiracy theory has to do with practitioners of the other dying art: novel writing. JCB is the sponsor of India’s richest literary prize. Critics say that this entire exercise was pre-planned in cold blood by writer-types to bolster plummeting book sales.

The third theory claims that this is all a giant earthworm conspiracy. The human race has forgotten the earthworm, the number one most-influential species on the planet. The JCB unearths the ancient crawler, and brings him to human sight. The earthworm wants to be re-acknowledged as a prime mover in human evolution; it’s staking a claim to greatness in an age of short attention spans. 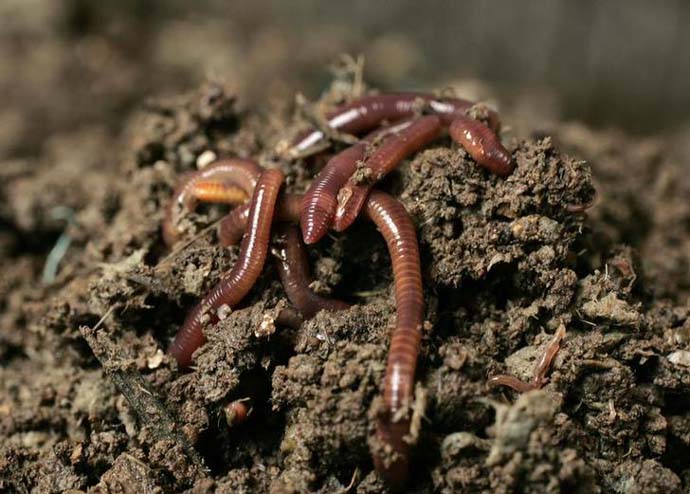 When the worm turns, you get a JCB moment. (Photo: Reuters)

Whatever the source might be, one thing is clear: there is nothing more that provides more viewing pleasure to the earthy Indian as a yellow robotic arm, doggedly and painstakingly going about its daily business. The faceless driver of the vehicle, who actually manoeuvres the arm with infinite patience and skill, remains anonymous. In the battle of man and machine, here, clearly, the machine has cornered all the glory.

The man inside the JCB can take solace from Peter Gabriel: ‘Keep your hands on the wheel/ Don't turn around/ This is for real/ Digging in the dirt.’

Also Read: A Zoo for Who? Are these spaces of learning or enclosures of torture?

Post your comment
#Jcb, #Unepmployment, #Jcb ki khudai viral, #Jcb ki khudai why
The views and opinions expressed in this article are those of the authors and do not necessarily reflect the official policy or position of DailyO.in or the India Today Group. The writers are solely responsible for any claims arising out of the contents of this article.