Land for Dalits: Why did it take Bhanubhai Vankar's death and Mevani jail visit for government to act?

On February 19, the Gujarat government said it had accepted the demands of the family members of Bhanubhai Vankar, the activist who immolated himself over allotment of land to Dalits in Dudkha village of Patan.

Vankar had been fighting for two Dalit labourers who had claimed that authorities were refusing to regularise land allotted to them despite collecting Rs 22,236 for the transfer as far back as in 2013. Vankar had set fire to himself on February 15, but the issue gained greater prominence after MLA Jignesh Mevani was “manhandled” by the police while on his way to a protest over the tragedy, in Ahmedabad on Sunday.

Is this a way to detain an elected MLA ? If a legislator is in this condition, then think about any dalit's situation in Gujarat.#BJPAgainstDalit pic.twitter.com/CEI26fi70A

As protests spread across the state and Vankar’s family refused to accept his body, the Gandhinagar district collector Satish Patel and superintendent of police Virendra Yadav signed a letter that read: “Possession of land already allocated to Dalit community members will be handed over in the next six months.”

The land had been allotted under the state's redistribution policy. If regularising the allotment was this simple, why did it take four years, a man’s death, and outcry over Mevani's detainment for the government to act?

Dalits across the country have been traditionally disadvantaged because they have never owned assets, and have been eking out a living from menial jobs. According to a 2016 report analysing National Sample Survey Office data, in Gujarat, 60 per cent of Dalit households are landless, 1.7 times the total landlessness across all social groups. 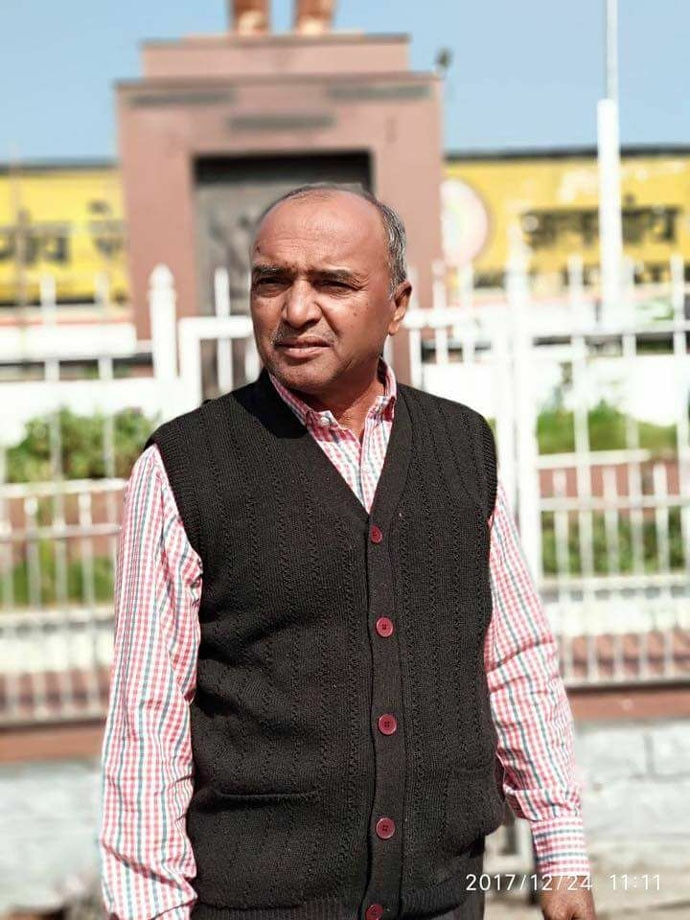 In 2016, the state was rocked by massive protests after Dalits were flogged for skinning a dead cow in Una. Mevani had played a major role in these protests.

The Una incident struck a chord because it showed the double-edged sword that life for Dalits is – they are forced into menial professions, always dependent on someone’s mercy for livelihood, because they have never been able to own land. Then, these very professions – cleaning toilets, skinning dead animals – are used to humiliate them, to establish that they are born “lesser” than upper castes.

Mevani, specially, has maintained that the movement for Dalit self-respect is incomplete till the community can possess land, with strong economic, social and psychological connotations attached to the status of “landowner”.

One of Mevani's demands is that every Dalit be provided five acres of land. In fact, during the Una protests, he had coined the slogan: Gai ki doom aap rakho, humein hamari zameen de do (You can keep the cow’s tail, we want our land back). His Rashtriya Dalit Adhikar Manch, of which Vankar was a member, has been pursuing the issue.

The demand is not fanciful – Dalits in Gujarat are entitled to land under the Agricultural Land Ceiling (ALC) Act of 1976, which capped the maximum land one farmer could own and sought to redistribute the plots leftover to the disadvantaged. According to the Agricultural Land Ceiling Act, a farmer can own not more 16 acres of irrigated and 32 acres of non-irrigated land, and the rest is given to ex-servicemen, Dalits, Adivasis (tribals), Other Backward Classes (OBCs) and landless families. A lot of such land has been allotted to Dalits on paper, but is yet to be formally handed over. The Patan family Vankar was fighting for was one such case.

A similar redistribution had been carried out in the 1950s in what was then Saurashtra, but Dalits had missed out then too, because most of them were not farmers, but weavers and tanners.

Mevani has been pursuing the issue through PILs and the RTI Act, but all that has come out is contentious data and various government departments passing the buck to one another.

So what is preventing the state from implementing laws it has already put in place, when industrialists have been able to get land in “vibrant Gujarat” at ease? The answer seems to be its apathy towards Dalits.

The Una protests were one manifestation of the immense pent-up anger in the community. They were followed by the “moustache protest” in October last year, after two Dalit men were beaten up for sporting a moustache, the symbol of upper caste masculinity. In the same period, another Dalit was lynched for watching a Garba event.

In a “developed” state whose governance model was presented as the prototype to be implemented in the country during the 2014 Lok Sabha polls, such incidents are worrisome. Also, while the ruling BJP has been at pains to reach out to the protesting Patels, no such outreach has been made towards Dalits.

It is high time the state government shook off its apathy and gave Dalits its due, in terms of land and respect.