Hunter-tracker-author Jim Corbett details his adventures and the closest of encounters with man-eating tigers and leopards in Man-Eaters of Kumaon.

What can you write about a book that has already seen reams written about it and pages after pages of appreciation? There's no point trying to sing paeans for Man-Eaters of Kumaon by Jim Corbett. So on Corbett's 66th death anniversary, get on board the Kumaon Express. Pick up a copy of Man-Eaters of Kumaon.

In the much-acclaimed Man-Eaters of Kumaon, hunter-tracker-author Jim Corbett details his adventures in Kumaon and the closest of encounters with man-eating tigers and leopards in India. Today, you probably feel the need to go back to reading up a bit about Corbett every time you plan a trip to that eponymous national park in Uttarakhand. If not, it is always a good time to pick up the book for a virtual trip (since the Second Wave has wreaked havoc on our travel plans all over again). 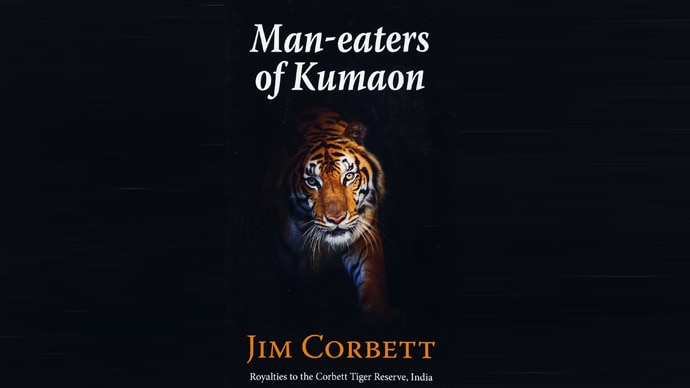 Man-Eaters of Kumaon by Jim Corbett

Man-Eaters of Kumaon has 10 spine-chilling stories, from the Champawat Man-Eater, responsible for 436 human victims, to the Thak Man-Eater that was the last man-eater Corbett shot. The stories are lucidly told and vividly detailed. The imagery is rich. It is as if you can hear the man-eater roar from the pages of Corbett's book.

Seven of the 10 stories in Man-Eaters of Kumaon were first published privately in 1935, as Jungle Stories. This was after much insistence from his friends - that Jim Corbett decided to put into words his experience with beasts in Kumaon. In 1943, when Corbett was in a wheelchair, recuperating from a bad attack of typhus, his friend RE Hawkins persuaded him to write a proper book on Kumaon. Man-Eaters of Kumaon is the result of that. The book was first published in 1944.

Seventy seven years later, there might not be many man-eaters left in Kumaon, but Corbett's stories will sure give you the gooseflesh.