JK Rowling claims she has been doxxed by trans activists. What happened?

The legendary Harry Potter author, JK Rowling has found herself in hot water again (most would argue that it's well-deserved). On November 22, Rowling tweeted an 8-tweet thread saying that her family’s address was posted on Twitter by three activists who are known to campaign on trans matters. The activists took pictures of themselves in front of her house. Rowling said the photos had her address on them. She claimed to have been 'doxxed' in order to intimidate her out of 'speaking up for women’s sex-based rights'. The activists identified by Rowling as Holly Stars, Georgia Frost and Richard Energy have now deleted their respective Twitter accounts. For those not versed in British vocabulary, as per Oxford Languages, doxxing simply means to 'publish private or identifying information about (a particular individual) on the internet, typically with malicious intent'. Here is what the tweet is:

Last Friday, my family’s address was posted on Twitter by three activist actors who took pictures of themselves in front of our house, carefully positioning themselves to ensure that our address was visible. 1/8

While I agree that it is wrong to dox people regardless of their celebrity status, it is also important to remember that Rowling's Scotland house is regularly featured in British media. Here is a link to one such article by Mail Online that entirely focuses on her house: JK Rowling is renovating her £2m Edinburgh mansion with new kitchen, scullery and pantry and will erect 4ft high gates at 162-acre Perthshire estate. A quick Google search also tells you that her country house in Scotland is known as Killiechassie House and provides you with the address. 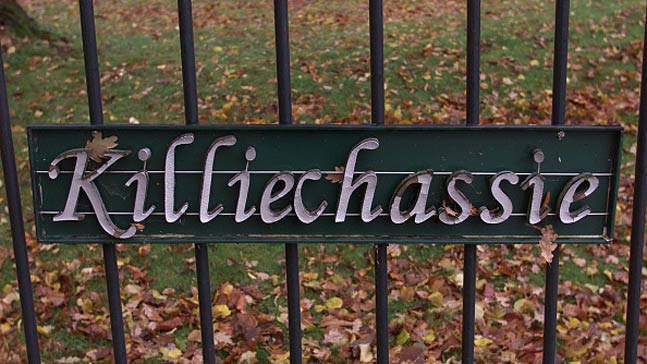 Here is how people responded to her on Twitter:

You can't doxx JK Rowling. Every second person in Edinburgh proudly points out to you where her massive house is. They print pics of her gates in the tabloids when she gets in trouble with the local council over her hedges. Like, her gaff is the Edinburgh version of Enya's castle pic.twitter.com/0U7PfkXqUY

JK Rowling using Trans Day of Remembrance to complain about evil trans activists “doxing” her by protesting outside her house (3 of them!) and posting a picture, when her addresses are freely available online and one of her houses has a whole Wikipedia page is. Uh

How can JK Rowling claim to be doxxed when her house is literally on a public government website as a landmark? pic.twitter.com/sF6yy6uurN

Just like with any other controversy, there are supporters of Rowling too, who have started the hashtag #IStandWithJKRowling. Here are some of them:

Actually feeling quite emosh reading this thread. How lucky are we to have JKR speaking up? She opened the flood gates & now they cannot hold back the tide. She has taken abuse after abuse but still she speaks up. I will be forever grateful to her #IStandWithJKRowlinghttps://t.co/5EycwrC5Mm

.#IStandWithJKRowling & like her I will never give in to the lies, harassment, threats & intimidation of those who seek to silence our voices & I will continue to speak up for the sex-based rights of women & lesbians. ✊ #SexMattershttps://t.co/BsEpJvjbHs

As a trans man#IStandWithJKRowlingThis kind of activism has nothing to do with trans rights. https://t.co/JfGALwRKM8

When are people going to wake up and notice that IT'S ALL WOMEN who are being harassed, intimidated, bullied and threatened? Do they think this is a coincidence? Or that women tend to be more 'bigoted'? #IStandWithJKRowlinghttps://t.co/aBXtDmj4o0

Despicable that @jk_rowling has been subjected to threats again. Simply for being a woman who refuses to remain silent about women’s sex based rights. What a blistering thread though. She has more decorum than her harassers will ever have. #IStandWithJKRowlinghttps://t.co/uRYzbrLdpp

Rowling's issues with the trans community doesn't begin here. On June 7, 2020, she reshared an article and wrote, "'People who menstruate.’ I’m sure there used to be a word for those people. Someone help me out. Wumben? Wimpund? Woomud?'." As expected, Twitter and other social media platforms erupted in response, calling it a transphobia manifesto and 'misinformation, fear mongering, misgendering, othering, ignorance, far right language/dog whistles, and pure hate'.

It is because of her transphobic comments on multiple occasions that JK Rowling is not going to be a part of the recently announced Harry Potter reunion, titled Harry Potter 20th Anniversary: Return To Hogwarts. Mail Online reports that Rowling will only be shown in archival footage but will not make any appearances in the reunion episode.