Elections every five years is a constitutionally-guaranteed opportunity to keep seeking change until good governance is delivered.

A BBC news piece reported that 20 million Indians have applied for about 1,00,000 jobs in the Indian Railways. For every post, at least 200 young jobless people are competing with each other. And that is just part of the pathos of this story. The positions these 200 lakh people are vying for are of locomotive drivers, technicians and the railway police — all of them need the bare minimum qualifications.

Yet, shockingly, PhD scholars are among the applicants for the technician role. 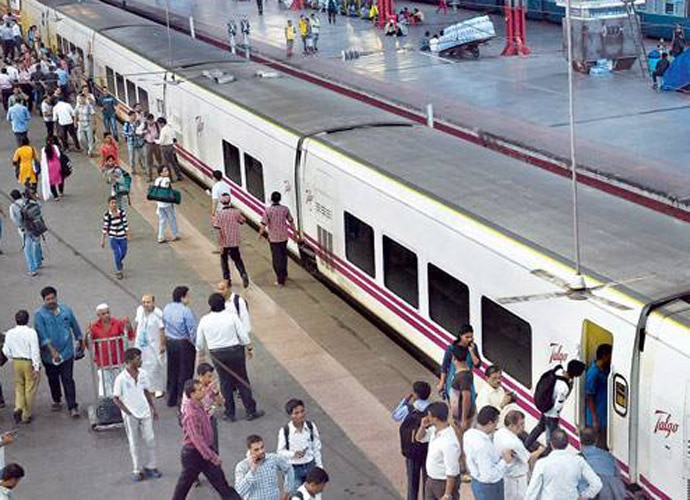 Since the window to apply for the positions remains open till March 31, the number of applicants will only rise.

India's job crisis is now staring the Narendra Modi government in the face more ominously than when it came to power in 2014. The tragedy for the government, whose priorities are evidently misplaced, is that there is just no time left to fix it.

According to the Centre for Monitoring Indian Economy (CMIE), a think tank that tracks business and economic data, as of February 2018, 31 million jobless people were looking for employment opportunities. This number is likely to rise as a fresh batch of graduates joins the market.

No prizes for guessing what happens if they are left empty-handed.

If one hadn't actually watched the prime minister say this, one would have brushed it aside as fake news.

No jobs, a reality?

Between April and December 2016, a nine-month period, 2.3 lakh jobs were created across eight key sectors. However, not only is this far short of Narendra Modi's jobs promise, it is an alarmingly figure for India's new job seekers: 10 lakh Indians enter the job market every month.

The government has also proved ineffective in training its people despite the fact that millions of those entering India's workforce every year are not employable. 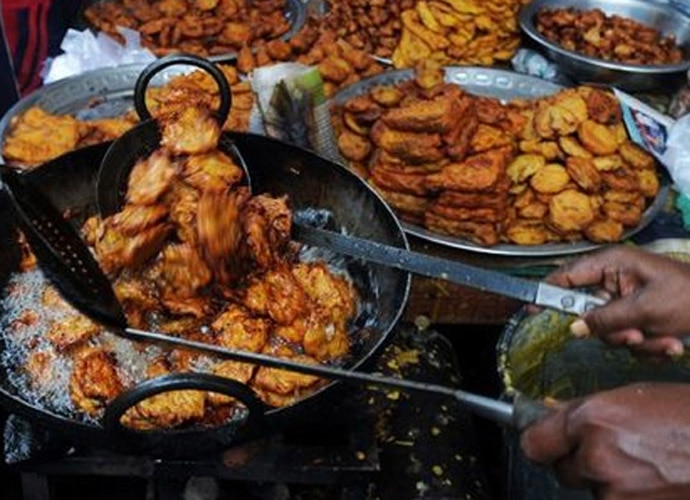 Nearly four years back, the BJP government rose to power on the promise of 2.5 crore jobs every year. Given that two in three Indians are below 35 years of age and about a million more need employment every month, the promise found many takers. For the young voters, Modi's well-marketed record on development as Gujarat chief minister offered hope in a country that had begun to lose faith in the Congress.

A joint survey by India Today and CVoter said that almost half of around 15 crore Indian youth, who were going to be first time voters in the 2014 general elections, wanted to see Modi as the prime minister.

These young people grew up in an India that was on the part of modernity. They were the prime beneficiaries of 3G networks and 24-hour ATMs that gave them unhindered access to information and money. However, they found their dreams stalled by a sluggish economy fighting policy paralysis.

But the young saw hope in Modi. His message of change and growth resonated with young impatient Indians who were brimming with global aspirations. They rallied behind him, impressed by his polished campaign, smart social media use and promise of change.

Four years down the line, these youth are once again restless. And their anger has been simmering for some time now.

According to the Mood of the Nation (MOTN) survey conducted by ABP News-Lokniti-CSDS, unemployment and lack of jobs is currently the biggest reason for dissatisfaction among the public against the Modi government.

Just this month, a group of students protested on rail tracks in Mumbai demanding jobs.

In January this year, The Indian Express published a story that pointed out: "129 engineers, 23 lawyers, a chartered accountant and 393 postgraduates in arts were among 12,453 people interviewed for 18 Class IV posts - in this case, for jobs as peons - in the Rajasthan Assembly secretariat." 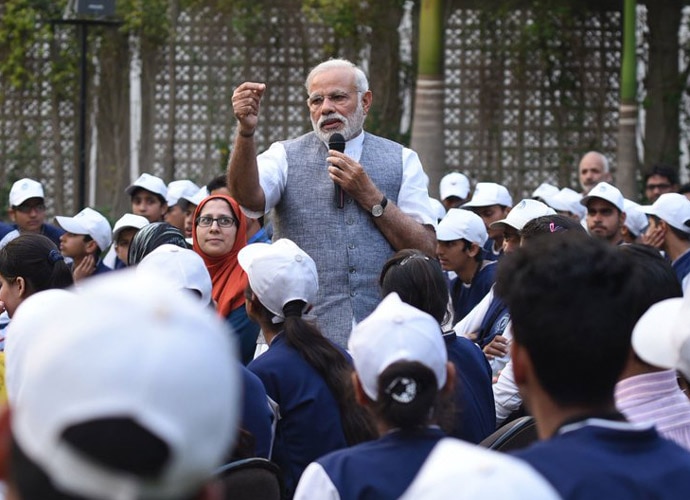 That one of the jobs ultimately went to a BJP MLA's son is another angle to this story of absolute despair.

Stories of stampedes during exams for government jobs, both because of the number of job-seekers and little administrative concern, are not new, but that they continue to be reported in Modi's India is just an example of how lives on the ground did not change with the change of government at the Centre.

But elections every five years is a constitutionally-guaranteed opportunity to keep seeking change until good governance is delivered.

Modi and his lieutenant, BJP president Amit Shah, are kept busy preparing for elections. They have only been trying to ensure electoral successes in state after state in the last four years, failing to see the writing on the wall - Modi was the medium, not the end for those wanting a transformation.

Indians voted for that promise of "achhe din" and if Modi fails to deliver as he promised, the same youth who backed him will turn their backs on him. 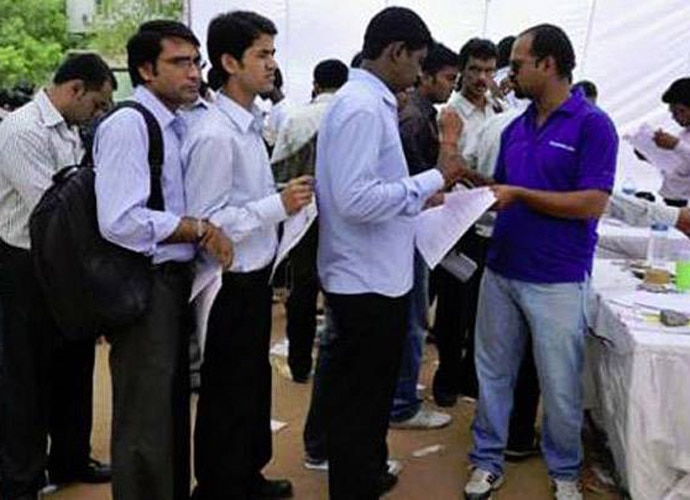 While, the BJP won 282 Lok Sabha seats in the 2014 elections, it got only 31 per cent of the votes, thus becoming the first party to have reached the halfway mark with such a low vote share.

The party's roots thus aren't as strong as the ads project. It is not invincible.

Broken promises, they say, are worse than lies. Because they give false hope that things will change. Such promises often made by political parties as vote gaining chips come back to haunt them.

Shamelessly telling the electorate that promises are merely election jumlas is not a smart governance strategy. It is only a reflection of political arrogance and apathy towards voters. But voting is not a one-time right. It is used and reused. At times to bring parties to power as well as to throw them out.

Course correction is always an option and on the job front, sadly, time seems to have run out for the Modi government to do just that.

#Unemployment, #Narendra Modi, #2019 elections, #Job crisis
The views and opinions expressed in this article are those of the authors and do not necessarily reflect the official policy or position of DailyO.in or the India Today Group. The writers are solely responsible for any claims arising out of the contents of this article.