Actors Johnny Depp and Amber Heard have long been in the news with the words 'domestic violence', 'lawsuit and 'defamation case'. While their relationship itself didn't last as long the lawsuits have, Johnny and Amber's lawsuits on each other have caused quite a commotion among fans.

The pair met on the set of Johnny's movie The Rum Diary in 2009 and began their relationship in late 2011-early 2012. It was also in 2012 that Johnny and his then partner of 14 years, Vanessa Paradis, publicly announced their separation. Johnny has two children with Vanessa; Lily-Rose (born in 1999) and John Christopher (2002).

Around the same time, Amber broke up with partner Tasya van Ree. At the time, USA Today reported that Amber was arrested by Port of Seattle Police on September 14, 2009 for misdemeanour assault in the fourth degree/domestic violence. Amber was seen getting into a tussle with Tasya van Ree at the airport, after which Amber allegedly grabbed and struck Tasya's arm. USA Today also reported that in November 2011, Washington police received a request to delete the arrest information of Amber's case and since it is allowed to do so, under Washington state law, information of the case was deleted. No charges were pressed against Amber, and Tasya said that the 'incident' was blown out of proportion.

"I (recall) hints of misogynistic attitudes toward us which later appeared to be homophobic when they found out we were domestic partners and not just 'friends'. It's disheartening that Amber's integrity and story are being questioned yet again. Amber is a brilliant, honest and beautiful woman and I have the utmost respect for her. We shared 5 wonderful years together and remain close to this day," said Tasya.

But this was just the beginning of lawsuits in Amber's life.

Here is a timeline of what exactly went down in Johnny Depp and Amber Heard's relationship:

While promoting his film Transcendence in Beijing, Johnny confirms that he and Amber are engaged. When the interviewer asked him whether he was engaged, Johnny laughed, lifted up his left hand and said, "The fact that I'm wearing a chick's ring on my finger is probably a dead giveaway. Not very subtle."

A source told People, "Johnny’s private island is a tropical paradise. Wedding guests were treated to an amazing weekend that ended with a romantic beach ceremony. Guests relaxed on the beaches, had fun snorkelling and enjoyed food cooked by private chefs. Everyone seemed to have the best time. It was a very celebratory vibe." MAY 2016: DIVORCE FILED, LAPD SAYS NO PROOF OF CRIME

Heard and Depp had no prenup. Amber files for divorce from Johnny on May 23, three days after Johnny's mother dies. Johnny releases a statement on May 26 through his publicist that says, "Hopefully the dissolution of this short marriage will be resolved quickly."

Along with filing for divorce, Amber asks for a temporary restraining order against Johnny.

On May 27, Amber shows up in court with a bruise on her right cheek and accuses Johnny of attacking her on May 21. Under oath, Amber alleges that Johnny threw a cellphone at her during a fight, which struck her in the eye and the cheek, and that then he screamed at her, hit her, violently grabbed her face and pulled her hair. Evidence was found that a call was made to cops but no cops arrived at the scene.

In the court filing, Amber writes, "During the entirety of our relationship, Johnny has been verbally and physically abusive to me. I endured excessive emotional, verbal and physical abuse from Johnny, which has included angry, hostile, humiliating and threatening assaults to me whenever I questioned his authority or disagreed with him."

The court filing also mentions the name of James Franco.

Johnny denies such claims and his lawyers say that Amber was "attempting to secure a premature financial resolution by alleging abuse". The LA Police Department also says that no proof of the crime that occured on May 21 was found.

At the time, LAPD Sgt Marlon Marrache told People, "On May 21, 2016, officers responded to a domestic incident radio call. The person reporting the crime [Amber] did not insist on a report and no report was warranted. There was no evidence of any crime. A crime did not occur so the officers left the scene and left a business card." 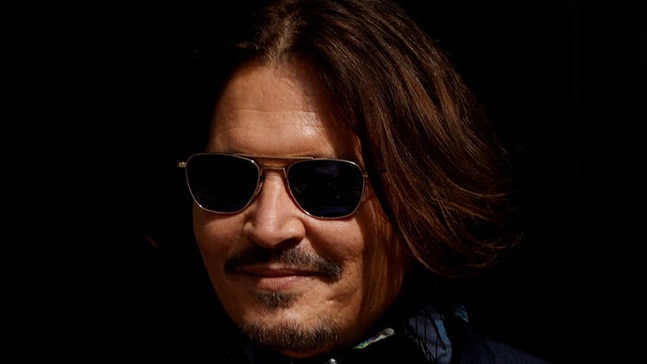 Johnny and Amber's divorce reaches an end and they release a joint statement. The statement reads, "Our relationship was intensely passionate and at times volatile, but always bound by love. Neither party has made false accusations for financial gain. There was never any intent of physical or emotional harm."

Amber receives US$ 7 million from Johnny, which she pledges to give to the American Civil Liberties Union and the Children’s Hospital Los Angeles. It is not yet known whether the donation was ever made.

The couple's divorce is finalised. Johnny's lawyer Laura Wasser writes in a statement, "We are all pleased to put this unpleasant chapter in Mr Depp and his family’s lives behind them. Having his request for entry of the dissolution judgment granted today made it a particularly lucky Friday the 13th."

Amber's lawyer Pierce O’Donnell said, "My client would be very happy to move on with her life."

Amber gained custody of her and Johnny's two dogs; Pistol and Boo, and a horse named Arrow.

JUNE 2018: DEPP SUES THE SUN FOR CALLING HIM 'WIFE BEATER'

UK's News Group Newspapers (publishers of The Sun) are sued by Johnny Depp for alleged libel over an article published in The Sun in April 2018, with the headline, "Gone Potty: How can JK Rowling be ‘genuinely happy’ casting wife beater Johnny Depp in the new Fantastic Beasts film?" DECEMBER 2018: THE INFAMOUS OP-ED BY HEARD

On December 18, Washington Post publishes an opinion piece by Amber Heard titled, 'I spoke up against sexual violence - and faced our culture's wrath. That has to change.'

In the piece she wrote, "I write this as a woman who had to change my phone number weekly because I was getting death threats. For months, I rarely left my apartment, and when I did, I was pursued by camera drones and photographers on foot, on motorcycles and in cars. Tabloid outlets that posted pictures of me spun them in a negative light. I felt as though I was on trial in the court of public opinion — and my life and livelihood depended on myriad judgments far beyond my control."

No one missed the thinly veiled reference to her relationship with Johnny Depp. Depp neither. 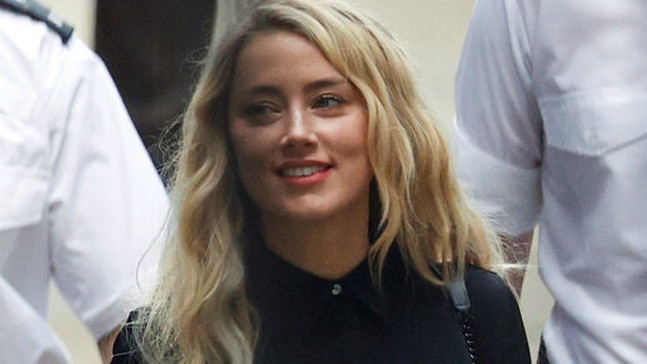 Depp files a US$ 50 million defamation lawsuit against Heard. He alleges that she defamed him in her Washington Post op-ed. Johnny claims Amber’s Washington Post op-ed damaged his reputation and ended his iconic run as Captain Jack Sparrow in the Pirates of the Caribbean franchise as well as his role in the Fantastic Beasts series.

The court documents read, "The op-ed's clear implication that Mr Depp is a domestic abuser is categorically and demonstrably false. Mr Depp never abused Ms Heard. Her allegations were false against him when they were made in 2016." In audio recordings obtained by DailyMail, Amber admits to 'hitting' ex-husband Johnny and pelting him with pots, pans and vases. Amber is heard saying, "I'm sorry that I didn't, uh, uh, hit you across the face in a proper slap, but I was hitting you, it was not punching you. Babe, you're not punched." Heard is heard telling this to Depp, attempting to downplay her outburst the previous evening, "I don't know what the motion of my actual hand was, but you're fine, I did not hurt you, I did not punch you, I was hitting you."

At some point, Johnny is heard saying, "I left last night. Honestly, I swear to you because I just couldn't take the idea of more physicality, more physical abuse on each other."

Amber is also heard saying, "I can't promise you I won't get physical again. God I f***ng sometimes get so mad I lose it." While Johnny says, "I'm not going be in a physical f***ing altercation with you... you f***ing hit me last night. I'm not the one who throws pots and whatever the f*** else at me."

Amber is heard saying, "Just because I've thrown pots and pans does not mean you cannot come and knock on my door."

Here is a snippet:

Amber Heard hits Johnny Depp then tells him he's not brave because he splits when she gets violent and starts throwing things at him (Which she admits). This is one of many audios she's objecting, she doesn't want the jury to listen to the audios #JusticeForJohnnyDepp #AmberHeard pic.twitter.com/PfgTzf9nHf

After Depp's defamation case against Heard for her Washington Post op-ed, Amber decides to file a US$ 100 million countersuit against Johnny. Amber accuses him of creating a "smear campaign" against her and describes his lawsuit as a "continuation of abuse and harassment" towards her.

In her court filing, Amber also asks the court to grant her immunity from Johnny's complaint and "compensatory damages of not more than $ 100 m", particularly because the amount is "twice the amount Mr Depp asserted against Ms Heard". After weeks of trial, on November 2, Johnny loses his lawsuit against The Sun for calling him a 'wife beater'.

Justice Andrew Nicol says that the defendants (Amber's team) proved during the trial in London that their allegations against Depp were "substantially true".

Justice Nicol says in the ruling, "I have found that the great majority of alleged assaults of Ms Heard by Mr Depp have been proved to the civil standard."

The trial of Depp's defamation case against Amber is going to begin in Virginia, US, on Aprill 11, 2022. Amber's witness list includes actor James Franco and Tesla boss Elon Musk, while Johnny's witnesses include Marvel actor Paul Bettany and ex-girlfriend and actor Winona Ryder. Court TV announced that they would be live-telecasting the trial.

On April 10, Amber took to Instagram to post a message in relation to the upcoming trial. She told her 4.1 million Instagram followers, "I'm going to go offline for the next several weeks. As you may know, I'll be in Virginia, where I face my ex-husband Johnny Depp in court. Johnny is suing me for an op-ed I wrote in the Washington Post, in which I recounted my experience of violence and domestic abuse."

Amber further wrote, "I never named him, rather I wrote about the price women pay for speaking out against men in power. I continue to pay that price, but hopefully when this case concludes, I can move on and so can Johnny."

Depp and Heard face each other in court on April 11.