Jungle Book 2020: The Story of the Magical Bracelet

You want privacy? The mighty invisible predator doesn’t care about privacy. It will eat you. No bracelet, no protection you get. This is for your own protection. This is the rule of the jungle.

The calm and routine of the Seeonee jungle was ruptured again as the news of this new predator spread like fire. This predator was invisible to the eye and pounced on unsuspecting old and frail animals that couldn’t run fast. But only in the beginning. The insatiable hunger of this new predator now had every animal in the jungle in its sight and it was in nobody’s. You see, the predator could not be seen. Everyone was helpless as this insatiable, invisible and mighty monster could strike anywhere, anytime.

So, all the fearful residents of the jungle, from giant elephants to tiny mice, from hunting hyenas to harmless anteaters, from the sloth bear to the quick-footed deer, all of them gathered in front of the lion’s den with a joint SOS. “Save us, o, great king,” they said in unison, “Save us from the monster that fate has set upon us.” 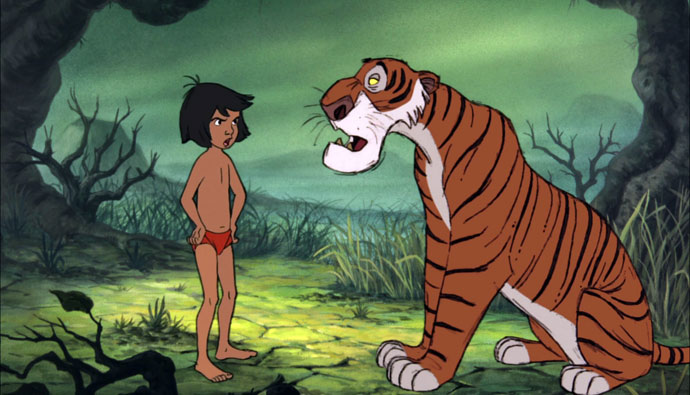 The king, Shere Khan, the mightiest predator of the jungle, hadn’t seen this new predator himself because this one was invisible. It could be lurking just outside his den for all he knew. But he had to do something. He was the reigning king, after all.

He asked Baloo to set traps for the monster and ordered all animals to stay put, in their hideaways. “You can’t see the predator but it can see you. He is chomping you off because you are seen and he is not. So how about doing the same to him? Do not show up, be invisible. Go into your nooks, your niches, your lairs, and hide. Just don’t come out till I hunt it down,” he told them.

“But we will starve. We don’t have food stocked. We hunt every day and eat every day,” said Harkhu the Hyena.

“Yes, and we have to graze. How long can we hide,” asked Ghazala the gazelle. "We are in peril, o great saviour."

“Won’t be long. Heed me and follow,” said Shere Khan.

Reassured, the animals went back to their shelters and into hiding as demanded by the crown.

Days passed and the predator was still on the prowl and it was growing bigger and bigger. We don’t know that because he was invisible but by the number of jungle inhabitants it had been polishing off in a day, it was clearly growing exponentially. So, everyone agreed its greed was growing bigger even if it wasn’t.

In hiding, it was becoming impossible to manage. Cubs began crying, little deer began striding off to pluck leaves from the bushes and the hiding plan began to unravel. This was not working at all. Hunger was a double-edged sword. In the lair, the fox died of it. Driven by it, if it went out, the invisible monster lay in wait.

So, Lalpaan the langur informed the king and pleaded with him that he do something. “We can’t blame the poor animals. Hunger would kill them if the invisible predator didn’t. You got to do more.”

Shere Khan called the council of mindful monkeys who knew a thing or two about jungle tech. That’s where Komalbartan-expert Kaalu came up with the idea about the ankle bracelets. “I have seen in the Dharpahad jungles where all animals wear this shiny jewellery. In fact, in Chinrajya, it’s mandatory for all to wear because it makes the chin-chin sound,” he told Shere Khan.

“Hahaha, what about the male us?” asked Dudu the Lomad as he laughed out loud.

“These are gender-neutral, you dunce,” Kaalu said, as he counted the benefits of the bracelet. “You will know where the predator has been because the bracelet will turn red if the predator had breathed in an area. You can shake the bracelet; hear the sound? The more you shake, the louder it gets. If you sense the predator around you, you shake it wildly, o wild ones, and we can come and rescue you immediately.”

“But...” Dudu started speaking, but he was cut off by the roar of Shere Khan.

“No buts and ifs or I will bite your butt off. This is for your good, our good, our welfare. We must defeat this monster. We are in it together. Till we do that, we must execute Kaalu’s plan. I love bracelets myself. I want two. See, if I can wear them, so can you!”

Yay! The bracelet was a big bestseller. An instant hit. The jungle was almost musical with the curious and continuous clanging of the bracelet.

There was one problem though. It alerted the usual predators. The lazy ones could guess where the prey was. Tigers, hyenas, the king himself, could guess by the sound pattern what kind of prey was grazing and in which direction. It saved them a lot of futile chases.

Also, the nookie-nookies behind the parental eyes became impossible as lovers couldn’t meet without alerting the alpha-male guardians.

The idiot called Elliot Mowgli, from the nearby Parispura village, told Baloo about the Khan’s plan to now never have to hunt. Bagheera the tiger chimed in saying the Council of Monkeys have put in some kind of secret thread in the bracelets that allows them to see where exactly the food animals are. Lions don’t even need to chase the smell. The thread sends some kind of signal to the council. Monkeys decipher and tell them everything. Bagheera said Shere Khan and his pride were keeping all the information and not sharing with other predators. Suddenly, the jungle started repeating the word the idiot used: privacy.

So, they all went to Shere Khan one Monday morning and said: “Well, what about privacy? This bracelet is also getting us killed, dear lord. Yesterday, my family was grazing in our secret patch, yet a pride of your kind came from nowhere. They snatched one of us.”

“You want privacy? The mighty invisible predator doesn’t care about privacy. It will eat you. No bracelet, no protection you get. This is for your own protection. This is the rule,” Shere Khan said, “Don’t listen to idiots of Parispura. Chinrajya did it and they beat the predator. We can do it too.”

The rule of the jungle. Nobody had an answer. Well, Khan wasn’t totally wrong. After all, we can’t risk the lives of fellow Seeoneeians, our peace and prosperity for want of a little privacy. And don’t we want to beat Chinrajya? They walked back to their nooks in the jungle. The rhythmic clanging of the magical bracelets providing the background score to their careful steps.

#Mowgli, #Shere Khan, #Jungle book, #Predator
The views and opinions expressed in this article are those of the authors and do not necessarily reflect the official policy or position of DailyO.in or the India Today Group. The writers are solely responsible for any claims arising out of the contents of this article.