The stinging reality about justice, though, is that Sushant will never get any. His fine legacy has been soiled beyond recognition.

Your name has been erased

from the roaring volume of speech.

That's a verse from Rumi, pulled out of context to custom-fit this ongoing farce, much like facts, in this case, have been. An exceptionally shrill desk-chest-thumping gorilla leading a witch-hunt culminates in a broken-hearted girl going to jail. You know what I am talking about. Yes, the Sushant Singh Rajput case, with the spotlight shifting to Rhea Chakraborty from whatever everyone else was seeking justice for. All this started with Justice For SSR and we are farther from the truth or justice than we ever were. We are today at the crossroads where highways to farce and injustice meet.

Facts first. How did we get here? 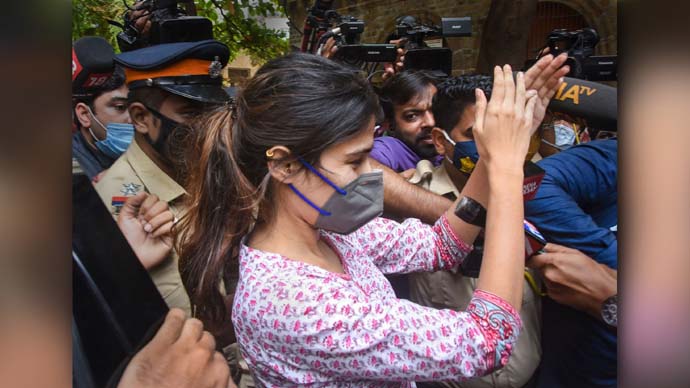 This road to Byculla was flanked by two cars of a TV channel screaming 'arrest her'. Rhea Chakraborty was a girl Sushant Singh Rajput loved with his heart, mind and money. But no. She is the gold digger, she is the black magic woman, she is the one who hoodwinked Sushant into a relationship with her. While his fans mourned, a new fan-following spawned out of the Justice For SSR movement; this gang of fans who didn't care for the actor when he was alive. The hordes of 'fans' on social media who call themselves 'SSR's Warriors' don't for a moment see the tarnishing of Sushant's legacy that is happening day in and day out, since the Chief Justice of the Ochlocratic Court of India took it upon himself to shout 'Justice' for his 'younger brother'. This man did put a rider: "Even though I have never met Sushant, he was my younger brother." So a man who had never met Sushant set out to villainise a woman who not only met Sushant, but lived with him for a year. A woman who Sushant loved.

Making Rhea a villain was easy. You just had to suppress her side from going on air. She is the one who left him. She is the woman who apparently fooled Sushant into being in a full-fledged live-in relationship with him for a year. She is a woman who wears arrogant slogans on her T-shirt instead of dressing up in a white salwar-kameez. From her clothes to the shape of her eyebrows, the Pied Piper dissected everything in his kangaroo court where panelists dictated everything from the course of action for the CBI to how many years Rhea should spend in jail. But was the Sushant Singh Rajput death case ever about drugs? And marijuana, at that?

No. It wasn't. It was about bigger problems, graver ailments that took his life; suicide or murder, whatever way he died. The CBI took over the reins of the investigation, only to say that they hadn't yet found anything suspicious about the 'suicide'. To keep the faith in CBI intact and the investigation open, the officers added a caveat: 'as yet'.

By then the Enforcement Directorate had taken suo moto notice of his financial transactions. Of course, nothing of the money trail sort has been discovered yet. 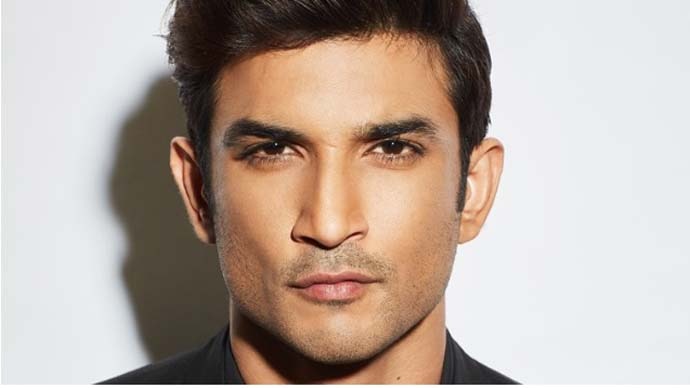 In this process of getting 'justice' for Sushant, his image has been diminished to a drug addict.

All they found were private WhatsApp chats they made public and the Narcotics Control Bureau sniffed an opportunity to moisture its nostrils. And so began the crackdown on 59 grams of marijuana found in WhatsApp conversations. A recreational drug that if the NCB were to try and 'crack down on', they would have to start with Shiv. Yes, Lord Shiv, the chillum-smoking 'cool' Hindu god who is worshipped across the country from Kedarnath to Rameshwaram. It has to arrest all sadhus and the stereotypical engineering students for that matter. Bollywood of course does harder stuff.

But as long as we have a villain in a 28-year-old girl and her family members, why should we care about the specifics?

But if we do care about the specifics, out of the three Central agencies probing the Sushant Singh Rajput death case, the main 'crimes' that Rhea has been accused of by Sushant's family - stealing Rs 15 crore, and later, 'murdering' him - stay unproven. Painfully so.

In this process of getting 'justice' for Sushant, his image has been diminished to a drug addict, his girlfriend has been dragged through the mud, half of a family where Sushant found solace in is lodged in jail today, and the sheep are bleating tweets. Justice has been served.

The stinging reality about justice, though, is that Sushant will never get any. His fine legacy has been soiled beyond recognition. His close ones have been hounded for being close to him. The image that he was so concerned about, so much that he was disturbed by even blind items being written about him, is destroyed irreparably today.

This 'victory' is Pyrrhic. Because justice died the day it began being delivered from inside a TV studio in Mumbai.