When victimhood is a warm place: Indian women accept toxic masculinity because it keeps us safe

Shahid Kapoor-starrer 'Kabir Singh' highlights toxic masculinity. It is a big hit. It was liked not just by men, but by women too, many of whom are comfortable with the Kabir Singhs in real life.

There’s been a lot of hullabaloo about the recently released Shahid Kapoor starrer, Kabir Singh, which, in the film’s rather weak defence, is a carbon copy apparently of the Telugu blockbuster, Arjun Reddy. The film grossed about ₹510 million globally, with a distributor share of ₹260 million, galloping on to receive no less than six nominations at the 65th Filmfare Awards South, including Best Telugu Film, Best Telugu Director for Sandeep Reddy Vanga and Best Telugu Actor for Vijay Deverakonda — the film’s only win at the ceremony.

As I write my column, the film is reportedly being remade in Tamil as Adithya Varma.

There’s been a lot of ruckus and social media posturing on a term that modern-day feminists use with alarming alacrity — ‘toxic masculinity’ — which, broadly translated, means a cycle of sustained abusive and misogynistic male behaviour that includes humiliating, taunting, stalking, molesting, verbally abusing and insulting the female partner, to such an extent that she is reduced to a pile of nerves or succumbs to his emotional blackmailing and physical arm-twisting. The woman appears in the eyes of another as a weak and spineless victim — when, in reality, the onus of the dysfunction rests with the perpetrator of the violent and unstable psychological behaviour — the male.

Are we playing victims because it's easy? (Photo: YouTube screengrab/Still: Kabir Singh)

I have read and written myself on numerous platforms about how the majority of women in this country, and, probably even globally, encourage, fall for and attract eccentric, emotionally immature and dysfunctional, quintessential 'bad boys' who take them on a nerve-wracking emotional rollercoaster — either the man with the anger control tantrums, the one who flies off the handle at the slightest provocation, the possessive-till-I-won’t-let-you-breathe man or the violent narcissist who will punish you for the slightest slip — who ties you up to the bedpost, beating you mercilessly, in the name of gratification, even raping or molesting you, in extreme cases, because pain is his drug.

I have been beaten up by and attracted to — not once, but twice — such Arjun Reddys or Kabir Singhs – and after a decade and a half of committing to healing, I can safely surmise that I not only 'woo-ed' such men and took them back on numerous occasions, but I rested in their mercurial mood swings and glaring anger management issues. Not just because I loved them and wanted a life of happily-ever-after sort of sunsets — but because they kept me safe, too.

Which is why I am here now.

Not offering psychological advice to lovesick women or playing agony aunt — which is what sisterhood has come to mean for my sex, our sense of community rested on others, when we seldom look within.

The many, many lovers and brothers and friends and bosses and uncles and husbands and sons and fathers-in-law, whose toxicity is our treatment. In whose anger rests our adolescence. In whose control remains our chaos. In whose violence — our virtues. 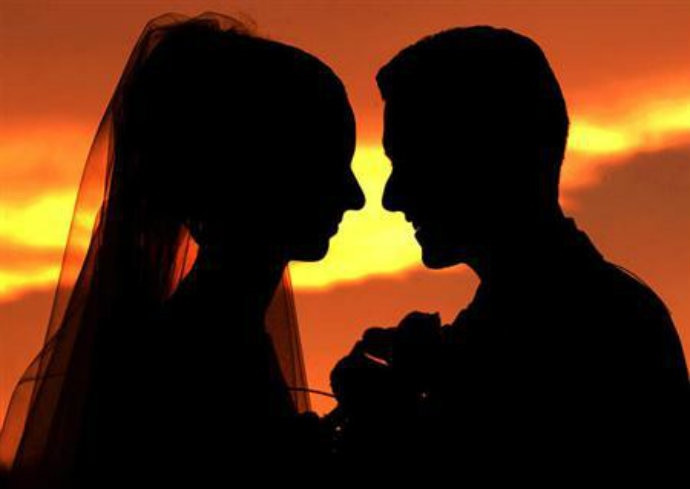 Why does a wife hero-worship her husband who fails to love her? (Picture for representational purposes only; Photo: Reuters)

A family friend of ours has never had sex with his second wife. They have adopted a girl. The woman has been sexless for years and yet, she posts pictures and lengthy love sermons on social media about how glorious the union of man and woman is — and is always asking me to pray for love and visualise it in my head. How her spouse, who travels overseas, at the drop of a hat and is a successful businessman showers her with gifts and jewellery and foreign vacations. The woman — overweight, anxious, controlling — on his mother having mothered him since his first marriage had a breakdown. How she dominates the daughter who sleeps beside the father every day. In her late teens. How she’s made to dress up like a nun. How the mother is always critical of her. Her choices. Her clothing. Her character.

This isn’t the first instance I have personally witnessed of a passively aggressive toxic masculinity that is homebred and that festers within the plush four walls of urban and upper middle class India.

To the world, the man in question is an ideal husband — provider, protector, pleasure-giver (ironical here) and patron saint.

This reminded me of the way one of my neighbours, when I lived and worked in Mumbai, a drunk, wasted every night, would create a scene, waking up the neighbours, screaming abuses at his partner, a working and successful woman. She made excuses for his aggressive behaviour — using the line, ‘Kal kuch zyada ho gaya tha.’

Her eyes the saddest I have ever seen. Why did she laugh at being fat-shamed? (Picture for representational purposes only; YouTube screengrab/Still: Dum Laga Ke Haisha)

The way in the mall, just yesterday, a man joked, pointing his fingers at the lady who presented herself to him in front of a trial room, calling her a ‘moti bhains.’

She laughed the loudest.

As did the saleswoman.

And all the other ladies.

You may say I am not blaming the man.

Because we cannot live this way.

Blaming another gender pool all the time — telling them it’s their fault when ours is staring at our own faces, mocking our conditioning, our parenting, our body shaming, our low self worth, our ideals of femininity and what we think constitutes rape and stalking and abuse vis-a-via what is.

Cops, courts and commissions might do their job. But the question is — what more will it take?

Why did the woman whose husband never consummated their marriage hero-worship a man who is probably gay or impotent?

Why did the woman in the fitting room allow a man-friend to fat-shame her in public?

Why did a sensible, sexy, self-respecting woman be bashed up, almost daily, and camouflage her bruises as easily?

We signed up for this. Only we can stop it. (Picture for representational purposes only; Photo: YouTube screengrab/Still: Tere Naam)

Because men are the enemy.

Or, because being weak comes easy.

Cowards are seldom caught. Or critiqued. Or expected to be courageous.

Because in India, every seven minutes, one woman is raped.

Because we are the statistic? Or, because we survived? And must pay the price.

Because victims get benefits.

Kabir Singh or Arjun Reddy, or their Tamil twin, is not just cinematic role-playing, but living proof of how we signed up for this.

And how because a woman before you did the same.

It’s why I have a problem with the term ‘toxic masculinity’ being used as a sweeping blanket remark — to talk about what you can see and what you suspect. And what we all so easily cover up.