#MeToo effect on Indian cinema: Should Kamal Haasan apologise to Rekha for the kissing scene?

Rekha was 16 at the time of the incident.

In October 2017, when a blog post by actress Alyssa Milano initiated the #MeToo movement, its reverberations were felt in the Indian film industry as well.

Even after scores of women coming out with horror tales of sexual harassment at the workplace and numerous industry biggies being called out, one wonders how much has changed.

A sign of how things stand came in the form of a news item, which ironically enough, appeared around the same time when a New York jury found movie mogul Harvey Weinstein guilty of sex crimes and convicted him of rape.

A few days ago, Tamil actress Rekha revealed how actor Kamal Haasan and filmmaker K Balachander colluded during the filming of Punnagai Mannan (1986) and shot a kissing scene without her knowledge or consent. 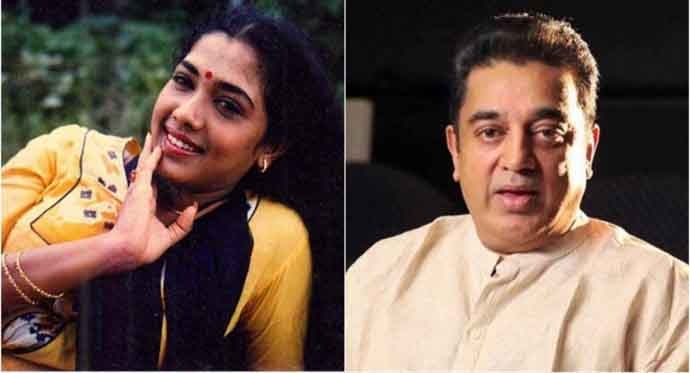 What makes the entire episode worse is the fact that Rekha was 16 at the time. Understandably, there has been an uproar on social media where many have demanded an apology from Haasan. However, the question that needs to be asked is entirely different. Weinstein's conviction is nothing less than a watershed moment, and would something similar follow suit in India too?

In a reaction to the Weinstein judgment, Judy Kantor, author of She Said: Breaking the Sexual Harassment Story That Helped Unite a Movement and a reporter with The New York Times, who along with Megan Twohey broke the Harvey Weinstein story, expressed that unlike other social movements, #MeToo “does have one landmark goal”. Unfortunately, in the context of the Indian film industry, this notion has been misused.

Once names were named, the question of 'what next' beckoned, but in the absence of formal complaints with the police or cases being filed, the path ahead was unclear. The allegations against someone like a Sajid Khan saw film bodies such as The Indian Film and Television Director's Association (IFTDA) ban him from working for a year. In another case, Rajkumar Hirani's name as a producer was dropped from the credits of Vidhu Vinod Chopra's production Ek Ladki Ko Dekha Toh Aisa Laga after he was accused of sexual assault by an assistant who worked on Sanju. Hirani had denied the allegations and this week saw the grapevine rife with speculation about his next project that could feature Shah Rukh Khan. Something similar happened with filmmaker Subhash Kapoor.

Aamir Khan walked out of Kapoor's Gulshan Kumar biopic, Mogul, refusing to be associated with someone accused of sexual harassment. Later, Khan reconsidered his decision after speaking with women that had worked with Kapoor in the past, and having found that most of them spoke highly of him, was back in the film.

To some extent, the Indian film industries, including Hindi, Tamil and Malayalam, mirrored the course of action in the West by shunning those named in #MeToo in varying degrees. But in some instances such as when Chinmayi Sripaada accused lyricist Vairamuthu of sexual harassment, the former had to bear the backlash from fans and even the industry itself.

A famous singer and dubbing artist, Sripaada faced loss of work, her membership to associations that was a prerequisite to work in some industries was not renewed. Moreover, mainstream media rarely questioned Vairamuthu.

The National Award-winning lyricist continued to be in the limelight for almost a year, and it's only in the recent past where an honorary doctorate that was to be conferred on him was put on hold at the last moment.

When it came to the industry, Vairamuthu reportedly carried on with business as usual. He was seen along with the likes of Rajinikanth and Kamal Haasan at events, and news of him penning the songs for Mani Ratnam's Ponniyin Selvan began to do the rounds. However, when the official announcement of the cast and crew was made, his name was conspicuously missed. It is believed that only when many women spoke against his inclusion in Ratnam's film that also included AR Rahman, Vikram and Aishwarya Rai Bachchan that things changed.

There is no denying that when it comes to the Indian film industry, the actions that followed #MeToo allegations leave little doubt that the scope of scrutiny and accountability remain unsettled, at least in a majority of the cases. In the US, the outcome of the Weinstein case would act as fuel to continue the pressure to make some structural changes. In India, too, for long, there has been a need to move towards some real policy change where people, especially women, who speak up don't have to fear.

#Metoo movement, ##MeToo, #Harvey Weinstein, #Kamal Haasan
The views and opinions expressed in this article are those of the authors and do not necessarily reflect the official policy or position of DailyO.in or the India Today Group. The writers are solely responsible for any claims arising out of the contents of this article.