DailyOh! Kangana Ranaut at Indira Jaising's neck, to who is a clown, really?

Naseeruddin Shah calls veteran actor Anupam Kher a clown. And we tell you why you should take the clown seriously.

January is cold in some parts of India, it is cool in others. But Thursday’s average national temperature seemed to be rather high. Now, we don’t claim to have an instrument to measure it, but base the reading on perceptions.

In Delhi, BJP and AAP traded charges with each other, calling the other hungry for votes. Now, if neither was hungry for votes, why would they be even trading charges? Down South, actor Rajinikanth was under fire over his comments that Ram and Sita were insulted during a 1971 rally. What exactly was the insult according to Rajini? The superstar said that a 1971 Salem rally held by Periyar featured unclothed effigies of Ram and Sita. Rajinikanth was under fire over his comments that Ram and Sita were insulted during a 1971 rally. (Photo: India Today)

And then there was veteran actor Naseeruddin Shah calling veteran actor Anupam Kher a clown. Here’s what Shah said: “I don’t think he needs to be taken seriously. He’s a clown. Any number of his contemporaries from NSD and FTII can attest to his sycophantic nature. It’s in his blood; he can’t help it.”

As soon as we heard of Naseeruddin Shah’s statement, we began to wonder why shouldn’t clowns be taken seriously? Yes, they act foolish and all, but have they not so often given us life’s most important messages? Remember, Raj Kapoor’s Mera Naam Joker? Or more recently, Arthur Fleck in Joker? So, we began looking up how the clown came to be this person who couldn’t be taken seriously.

Clown, you may have guessed by now, is our Word Of The Day.

Before we explain the why and how of it, watch a clown get all serious here:

The Merriam-Webster dictionary says a clown is a fool, jester, or comedian in entertainment. It also defines clown as a rude and ill-bred person. The Oxford English Dictionary traces the word back to 1563, when a clown, or cloyne, as it was first recorded, was a “rustic” or “peasant”.

The lowly status of such a countryman, alas, was soon associated with ignorance and boorishness in the eyes of city folks. Allow us to take a little liberty and give you a Hindi parallel for clown — ganwaar. It basically means a village simpleton, but we take it to mean a person so ignorant, he shouldn’t be taken seriously. Both words acquired meanings because of our biases towards people.

Now, whether you take a clown, Anupam Kher or Naseeruddin Shah seriously or not, please do not take yourself too seriously. That helps you live better, live lighter.

Yes, yes, there were more fireworks. And this time from the usual suspect, actor Kangana Ranaut. And what - who - got the better of Kangana’s temper? Indira Jaising.

So, Indira Jaising suggested the mother of the December 16 gang rape victim, Asha Devi, should not press for death penalty for the rapists and murderers of her daughter, just like Sonia Gandhi forgave Nalini. Now, Nalini was involved in the conspiracy to kill former prime minister and Sonia Gandhi’s husband Rajiv Gandhi.

You must be thinking why did Kangana jump into this controversy? No, she did not really jump into it, she was asked by a journalist what she thought of Jaising’s comments and there, you had it. Kangana suggested Jaising be made to stay with the rape convicts for four days. Why four? Oh, just as a matter of saying. (Jeene ke hai char din and all that? Maybe.)

Now, Kangana is an avowed supporter of the BJP and Jaising telling someone to follow Sonia’s example could have gotten the better of her sensibilities.

And somehow, Kangana lashing out at Jaising reminded us of Prithviraj Kapoor lashing out at RSS sarsanghchalak — they call their chief that — MS Golwalkar. Yes, Golwalkar is a tongue-twister. Now, don’t roll over it. Let’s move to the story. 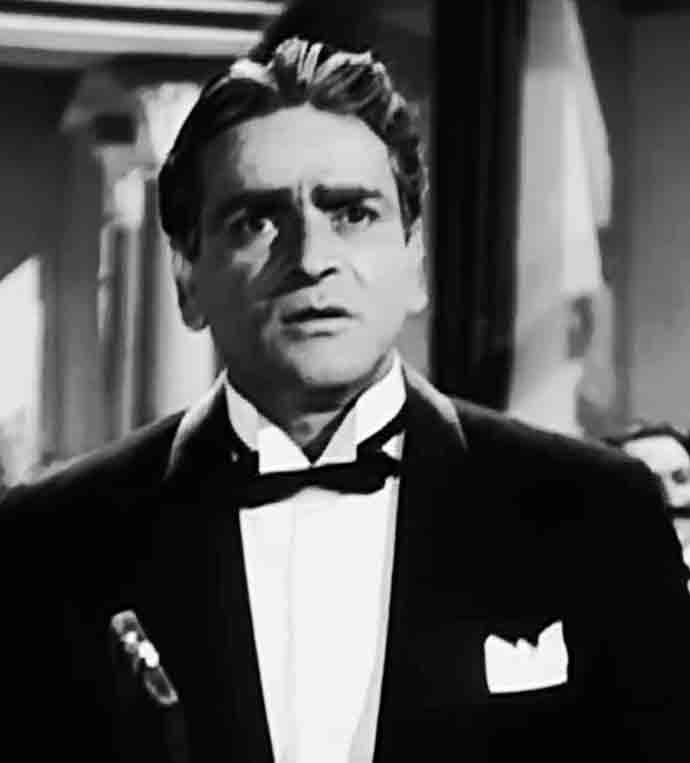 Since there was no social media then, this happened face-to-face. You think that would be more fun? We think so too.

Now, both Kapoor and Golwalkar were travelling and crossed paths at Khandala station, between Mumbai (then Bombay) and Pune. It was several decades later that Aamir Khan made Khandala part of all our vocabulary, but anyway. As the story goes, some RSS supporters were chanting slogans and this angered Kapoor. He walked up to Golwalkar in the train and said, “There is only one chair and so many want to sit on it. There is such a scramble for it that not only will many bones be broken but the chair itself will be smashed... In politics, discipline is absolutely essential and your crowds are witness to the utter lack of it.”

But talking of this story and that story of Kangana and Indira Jaising, we forgot to tell you that the jail authorities at Tihar have asked the Delhi rape convicts for their last wishes. And you thought only the Bollywood villain asked the Bollywood hero for it sarcastically? The hero never asked for it because the villain never got to kill the hero. That’s Bollywood. This is reality.

The tradition is that all people about to be hanged are asked for their last wishes. But did you know that terrorist Yakub Memon’s last wish could never be fulfilled?

So, Memon was given the death sentence for his involvement in the 1993 Mumbai serial blasts. Days before he was to be hanged, he said that his last wish was to meet his daughter. The Nagpur jail administration arranged for a telephonic conversation with his daughter but he could not see her. Want more details? This is where you will find them.

But there was this rather bizarre death wish from Victor Feguer, who was convicted for murder. An olive. Feguer hoped that it would grow into an olive tree inside his body. What a way to live after you die! He was buried at an unmarked grave in Iowa and we cannot confirm if the tree ever grew.

But from death wishes, let’s just quickly move on to birthday wishes. And if it happens to be your birthday, we extend our wishes.

So, January 23 happens to the birthday of late Subhash Chandra Bose and former Shiv Sena supremo Bal Thackeray. Unfortunately, we can’t extend birthday wishes to dead people. But their birthdays should be used to revisit their legacies.

Have you ever found Thackeray spelt a little oddly?

We did today, as we were reading up on him.

And we found that the reason is a British author.

So Bal Thackeray’s father Keshav Sitaram Thackeray was so fond of William Makepeace Thackeray that he changed the spelling of his own surname from Thakre to Thackeray.

Books can really leave an impact on you — also your name.

On that note, we would say bye for today. But will be back tomorrow.

Also read: DailyOh! When no sleep killed a family to why Trump is right about prophets of doom