DailyOh! Uddhav vs Kangana dobara, to what went wrong with polio vaccine distribution in US

Maharashtra CM Uddhav Thackeray celebrated Dussehra yesterday. Actor Kangana Ranaut took the celebrations ahead today. Only both didn’t look in a celebratory mood. Addressing the annual Dussehra rally, Thackeray said Ranaut tried to tarnish the image of Maharashtra but has forgotten where ganja grows in India. In case you don’t get the hint, Thackeray meant ganja grows in Himachal Pradesh, Ranaut's home state.

Ranaut is not a farmer. A ganja farmer, she sure is not. She is also not the one to take things lying down. Trust Ranaut to sit on up on her fancy sofa and address ‘enemies’ from the comfort of her house, involving all sorts of issues from Kashmir to Kanyakumari. 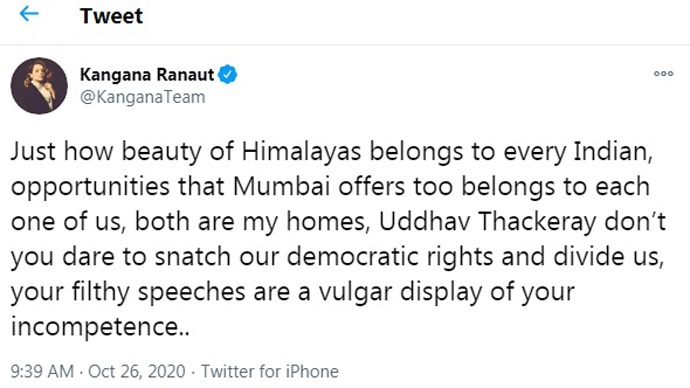 “Himalayas,” Kangana said, “belongs to every Indian.” Not every Indian can buy land in Himachal Pradesh but you can visit the Himalayas as a tourist. She then, wrote, “Uddhav Thackeray don’t you dare to snatch our democratic rights and divide us, your filthy speeches are a vulgar display of your incompetence...”

The numbers of those getting infected is rising but the rate at which the numbers had been rising is reported to have slowed down a bit. With just about 45,000 people testing positive in the 24 hours preceding Monday morning, India recorded its slowest rise in over three months. The spread is slow, but hasn’t stopped. What can stop the spread is a vaccine.

WHO chief Tedros Adhanom Ghebreyesus has said it is natural for countries to want to protect their citizens first but that could prolong the pandemic. Should countries try to protect citizens of other countries first? According to Tedros, “The best way is to vaccinate is some people in all countries rather than all people in some countries.” 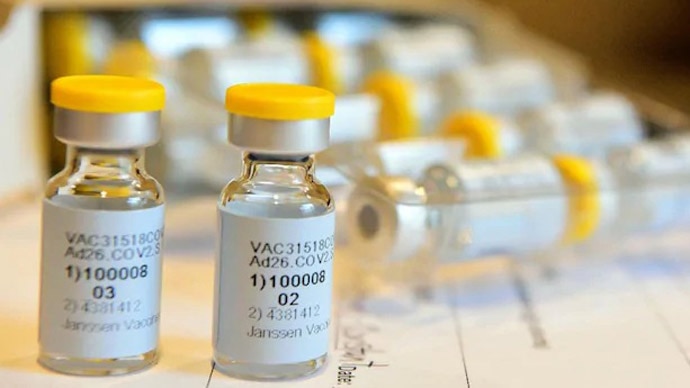 WHO Chief Tedros Adhanom Ghebreyesus has said nationalism over vaccine distribution could prolong the pandemic. (Photo for representation: AP)

The competition to get the vaccine, however, just won’t be global. Within the country too, there is going to be a scramble for it. Who gets it will depend on who can get it. You get the drift, don’t you?

Let’s tell you how the polio vaccine distribution panned out in the US of 1955 to get an idea of what could happen in 2021, when the coronavirus vaccine is expected to make an arrival. After a trial conducted on 18,00,000 Americans, world’s first successful polio vaccine was declared “safe, effective, and potent”.

An NGO named the National Infantile Paralysis Foundation funded the polio vaccine hunt. Americans were called upon by the NGO to send dimes to the White House. The effort came to be called the March of Dimes.

Dwight D Eisenhower, who was the US President then, said every child should get the vaccine. Only he forgot to spell out how that would happen. Or maybe he didn’t say it deliberately, because he didn’t know what to say.

The demand was naturally high. Then the obvious happened. A black market arose. Black marketing led to the price of the vaccine shooting from USD 2 to USD 20. The wealthy got access. The poor got to know they will have to wait.

Eisenhower then signed on the vaccine assistance programme which was worth USD 30 million (Rs 2,21,58,00,000). A year later, 30 million American kids had been inoculated, and the number of polio cases shrunk by half.

So just saying everyone will get the vaccine isn’t enough; a plan is needed. You can also say both the saying and plan are not enough because what is first needed is the vaccine.

Yesterday, Union Minister and BJP leader Pratap Sarangi said that all Indians will get the Covid vaccine for free. The Union government can always later claim that Sarangi was representing his individual views. For now, there is no vaccine around so there is nothing to distribute either free or at a cost.

But there is some relief for Union Education Minister Ramesh Pokhriyal Nishank after not paying rent for his government bungalow in Uttarakhand. The relief came from Supreme Court after Pokhriyal challenged the Uttarakhand High Court order that asked former Chief Ministers of the state to pay rent at market rates for the government bungalows they occupy.

The Uttarakhand High Court order had said the lifetime free bungalow provision was illegal and unconstitutional. Former Chief Ministers, including Pokhriyal, were asked to cough up rents, amounting to Rs 2.8 crore, within six months. There was an additional Rs 13 crore to be paid for using electricity, water and phone bills among other things. The order had come in May 2019.

The Supreme Court has put on hold contempt proceedings initiated against Pokhriyal and others.

The Centre, meanwhile, has told the Supreme Court that it will bring a law to tackle air pollution. The Centre also told SC it will shortly issue an ordinance to regulate and monitor stubble burning in NCR. What was the Centre waiting for for so long? We guess for the stubble to burn. If there was nothing burning, what would they be regulating?

In some more news from the Supreme Court, the court has put a stay on an MP High Court order which restricted physical gathering during election campaigning for bypolls to 28 assembly seats. The polling will be held on November 3. It was the Election Commission which told the Supreme Court that the restriction on physical gathering would paralyse the election process. So what if the virus spreads?

Pakistan Prime Minister Imran Khan is however busy trying to control the spread of Islamophobia via Facebook. Khan has asked Facebbok CEO Mark Zuckerberg in a letter to ban Islamophobic content the same way Facebook has decided to ban content that denies or distorts the Holocaust.

Khan, who is under attack of opposition parties in Pakistan, also attacked French President Emmanuel Macron for attacking “Islam” and creating polarisation in society. 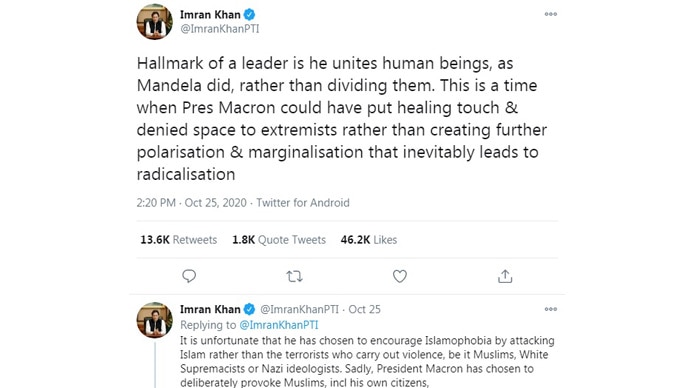 Now you do know that Macron’s comment followed the beheading of a teacher, who showed caricatures of Prophet Muhammad in a class, by a Muslim fanatic. Macron termed the attack an ‘Islamist attack’.

The term Islamophobia was first used in the 1970s by Iranian fundamentalists in analogy to ‘xenophobia’. Some scholars, however, trace the word to Alain Quellien's use of the French word ‘islamophobie’ in 1910 to criticise French colonial administrators for their treatment of Muslim subjects.

Facebook, who Imran Khan believes could solve the problem of aversion, meanwhile has a dubious distinction of promoting all kinds of aversions that exist in the society.

From Facebook, let’s move to festivals because companies are now doing things that could get the festive cheer back. Reliance Industries has announced a rollback of salaries that were slashed when the pandemic struck. Not just salary, many companies including Reliance will be paying performance bonuses to employees.

Filmmaker Mahesh Bhatt, meanwhile, could make as much as Rs 1 crore if he wins a defamation suit filed against actor Luviena Lodh. Lodh had levelled charges of harassment against Bhatt, which Bhatt has denied.

If you find the negativity around hard to handle and can’t step out for the fear of contracting unwanted positivity, trust books. Our recommendation today is Wow, No Thank You by Samantha Irby.

If you celebrate Durga Puja, Shubho Bijoya to you. Skip the physical kola-kuli for virtual ones this year. Happy (belated) Dussehra too.

Also Read: Why I have already voted for Joe Biden