Karan Johar says sorry. But will the format of 'Koffee with Karan' now change?

Or, should the famous chat show only invite famous people from the entertainment industries?

Now that Karan Johar has taken responsibility for the entire fiasco that the Hardik Pandya and KL Rahul episode was, and apparently spent sleepless nights thinking over it, what’s next?

Will the format of the chat show change?

Or, will the production team be more cautious about what they pass on to the audience in the name of 'entertainment'?

It’s a tricky situation — and most likely, nothing will change.

That’s what we understood from Karan Johar’s apology. 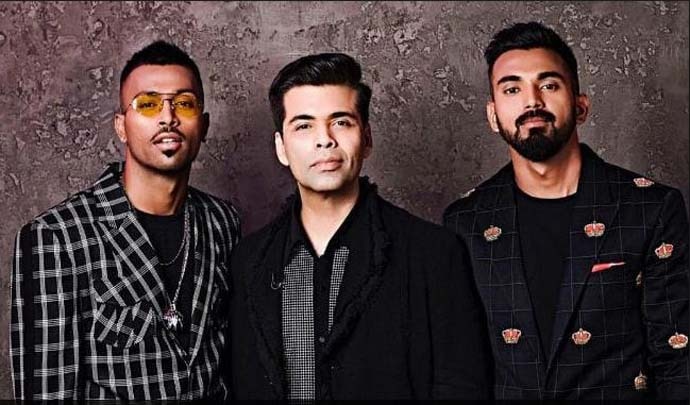 Let's not do Sabka Saath: To protect the uninitiated, make Koffee with Karan a chat show for Bollywood celebs only. (Photo: Instagram)

Well, Karan was not defending himself. But he did let us know that the team which takes care of the production of these episodes comprises women — and only women.

And there was apparently not even an inkling therein of what such objectionable comments could snowball into. Not an eyebrow was raised internally. And, of course, Karan Johar has apologised for his part — for giggling instead of showing Hardik Pandya where he had a problem. It was not for TRPs, Karan said, as an English chat show on Indian television cannot be TRP-driven.

Yes, social media heightened the tension, after which the BCCI stepped up its own action, which, in turn, became another controversy over whether the BCCI can moral-police or not.

But internally, there was apparently a silent acceptance of whatever happened in that episode, while it was shot, while it was processed, while it was readied for release. Maybe because all the people involved are all 'insiders', and are all comfortable with such 'celeb behaviour’.

Also, this is the format of the show.

As Karan said, these are the same questions which he asks almost everyone. The format of the show demands him to be prying about people’s bedrooms, their personal lives, whom they are dating, whom they are sleeping with, et al.

Deepika Padukone and Alia Bhatt too, as Karan made it a point to mention, answered the same questions, but managed to stay above any controversy. The host, he said, has no way to decide what his guests would answer.

This brings us to the conclusion that the chat show is mostly for people belonging to the entertainment world. However, this was not the first time that two players of sports had graced the couch. Mahesh Bhupathi and Sania Mirza have appeared on the chat show previously. But clearly, Hardik Pandya and KL Rahul could not handle the heat that fully-baked Bollywood celebrities seem to revel in.

There is no great fall-out for Bollywood types crossing the line on Koffee with Karan anyhow. There is no real watchdog to take ‘erring’ actors to task. They are not representing the country on an international platform on a regular basis. Instead, they can actually pitch for themselves for their next ‘break’ with Karan Johar. They are also quite immune to social media trolls, etc. And finally, for showbiz, all publicity is good publicity. There's almost nothing that works the opposite way.

So, yes, this is the solution.

Make Koffee with Karan only for the 'entertainment people'. Spare those who can't handle such a strong brew.

Also Read: Hardik Pandya has been punished. Can we now talk about the epic PR fail it was?

Post your comment
#Karan Johar, #Kl rahul, #Hardik Pandya, #Koffee With Karan
The views and opinions expressed in this article are those of the authors and do not necessarily reflect the official policy or position of DailyO.in or the India Today Group. The writers are solely responsible for any claims arising out of the contents of this article.