Kartarpur Corridor: Amid high drama, security concerns, what the project can mean for India

Whether or not the corridor leads to friendship with Pakistan, it has caused increased bickering at home.

Even as hopes are being pinned on the proposed Kartarpur corridor to bridge the chasm between India and Pakistan, it has rocked several boats at home.

The corridor will connect two gurdwaras — the Dera Baba Nanak in India and the Gurdwara Darbar Sahib at Kartarpur, Pakistan. Kartarpur is important to Sikhs, as Guru Nanak lived here for 18 years, and it was here that he breathed his last.

The announcement of the corridor, however, has been marked with anything but contemplation and peace. 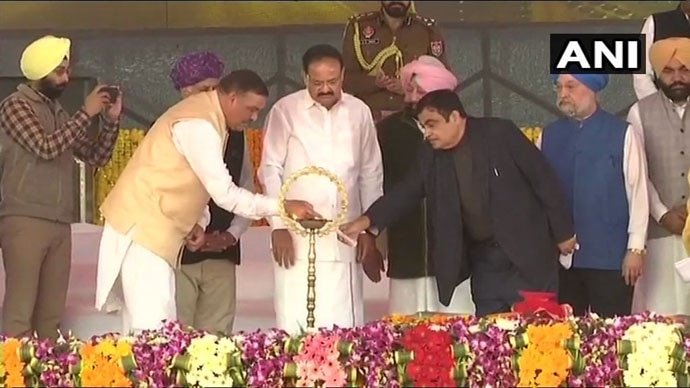 Can the step lead to a lasting thaw in Indo-Pak ties, or will it end up becoming a point for domestic muscle-flexing for leaders in both countries?

On either side are politicians and other leaders with multiple constituencies to impress, a new government in Pakistan anxious to send positive messages to the global community, the faith of thousands and thousands of pilgrims — and major security concerns.

November 26, the day of the foundation-stone laying ceremony of the India-end of the corridor, saw high drama — Punjab minister Sukhjinder Singh Randhawa pasted black tape on the names of the CM and other ministers on the foundation stone, because he didn’t like the fact that the Badals’ names were featured there too.

The stone had to be removed — and Vice-President Venkaiah Naidu laid a "digital stone". To protest against the Badals' name featuring on the foundation stone, Punjab minister Sukhjinder Singh Randhawa pasted black tape on the names of the CM and other leaders. (Photo: ANI)

Another Punjab cabinet minister, Tript Rajinder Singh Bajwa, was upset that “adequate preparations were not made for the ceremony” — he claimed the BJP government had announced it in a hurry to pip Pakistan, which is set to host its own foundation-laying on November 28.

#WATCH I am warning you(Pakistan Army Chief Qamar Bajwa), we are also Punjabis, you will not be allowed to enter here and vitiate the atmosphere: Punjab Chief Minister Captain Amarinder Singh pic.twitter.com/ACk82SYHRg

Clearly, whether or not the corridor leads to friendship with Pakistan, it has only caused increased bickering in India.

The demand for — and the offer of — unfettered access to the Kartarpur gurdwara is not new. It was first raised in 1999, when then-PM Atal Bihari Vajpayee visited Pakistan. The visit resulted in the gurdwara undergoing repairs and restoration, and being opened to pilgrims. The shrine is visible from the Indian side of the border, and at present, visitors go up to a BSF post and look at it through binoculars. The Pakistani side keeps the elephant grass growing in the area trimmed, to offer a clear view. 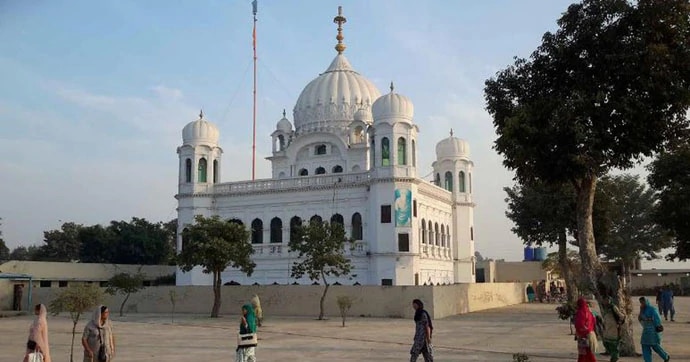 Kartarpur is very important to Sikhs — Guru Nanak lived here for 18 years, and it was here that he breathed his last. (Photo: YouTube)

The question of the corridor blazed its way to headlines in August this year, after the ebullient Punjab local government and tourism and cultural affairs minister, Navjot Singh Sidhu, hugged General Bajwa in Pakistan, and received major brickbats for it in India, including from the Punjab CM and external affairs minister Sushma Swaraj.

A month later, ties between the two countries hit a new low, with India accepting, then cancelling foreign ministers-level talks in New York on the sidelines of the United Nations General Assembly — and Pak PM Khan tweeting about small men and big offices.

Disappointed at the arrogant & negative response by India to my call for resumption of the peace dialogue. However, all my life I have come across small men occupying big offices who do not have the vision to see the larger picture.

In such a scenario, the two countries agreeing to a project on Guru Nanak’s birth anniversary — though both claim to have initiated it — and exchanging civil tweets over it is definitely a positive development.

However, there is need for caution.

The building of the corridor will mean Pakistani infrastructure right up to India’s doorstep.

In the past, Pakistan has been known to use gurdwaras to put up Khalistan sympathisers. Khalistan flags have been seen on Pakistan gurdwaras, and Sikh separatists use them to spread anti-India propaganda.

As recently as on November 23, India had registered its protest against “harassment of Indian High Commission officials in Islamabad and the denial of their access to Indian pilgrims visiting that country”.

On November 18, a grenade attack on a Nirankari sect congregation near Amritsar killed three people and injured 21.

The role of ISI-backed terrorists is suspected in the blast. On November 18, two men on a motorcycle threw a grenade at a Nirankari congregation in Adliwal village near Amritsar. (Photo: PTI)

At present, Indians and Pakistanis can visit places of worship in the other country under the 1974 Protocol on Visits to Religious Shrines — which specifies the list of shrines pilgrims can visit, with a visa.

Once the corridor is functional — the date is the 550th anniversary of  Guru Nanak next year — Indian pilgrims will be allowed to go up to the Pakistani gurdwara without a visa, and come back the same day.

There are fears in the security establishment that this could be used as a path for unwanted elements to enter India.

Is Pakistan just being nice?

It does seem so.

While concerns have been raised about the possible dangers of allowing free movement of people between the two countries, if we take Pakistan at face value, the move seems motivated by a concern for Sikh pilgrims.

Pakistan’s Naya PM Imran Khan has much to prove to the world. After India called off the foreign minister-level talks in September, Pakistan is hoping its claim of making the first move on Kartarpur Sahib will fetch it some brownie points internationally. Does he get a chance? Pakistan’s Naya PM Imran Khan has much to prove to the world. (Photo: Reuters/file)

Even to his own countrymen, Khan promised change, and a scenario where Pakistan is being nice to a recalcitrant India can be good for his image.

In India, however, the rhetoric for the past year has been one of “showing Pakistan its place”, etc. In a poll year, the government choosing mellow over macho on the issue shows maturity.

In Punjab, while fulfilling a long-pending demand of pilgrims is good for the Congress government, CM Amarinder Singh is understandably wary of being seen as allowing Khalistanis access to the state.

There is reason for all sides to tread with caution.

The Kartarpur corridor may not drastically alter Indo-Pak ties, but it’s a first step. And all giant leaps do begin with baby steps.

#Navjot Singh Sidhu, #Punjab, #Pakistan, #Kartarpur sahib gurdwara corridor
The views and opinions expressed in this article are those of the authors and do not necessarily reflect the official policy or position of DailyO.in or the India Today Group. The writers are solely responsible for any claims arising out of the contents of this article.