Extremists in the valley are presumed to be facing a shortage of arms and ammunition.

It's official now. At a time when India-US bonhomie to fight global terror has largely cornered Pakistan, militants in the restive Indian state of Jammu and Kashmir enjoy access to sophisticated American weapons.

Barely a few days after the picture of a Hizbul Mujahideen militant, flaunting an M4 carbine rifle, went viral on the social media - the inspector general of police (IGP) Kashmir range, Sardar Muneer Ahmed Khan, officially confirmed that the armed guerrillas are equipped with the US-made weapons. 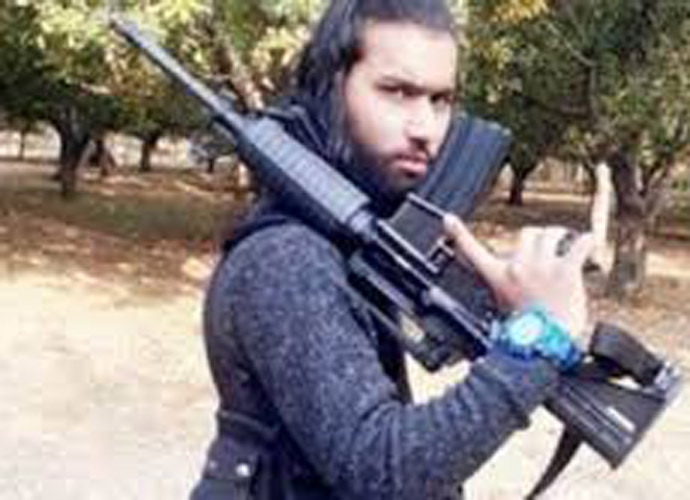 Addressing a press conference in the summer capital of Srinagar, the IGP displayed M4, the US-made machine gun, found near the bodies of three terrorists killed in Pulwama on the evening of November 6.

Throwing light on the recovery of the weapon, a police handout said: "This M4 carbine colt rifle was in the social media in the recent time."

One of the slain terrorist commanders, Talha Rasheed, near whose body the gun was recovered, is the nephew of Jaish-e-Muhammad chief Maulana Masood Azhar. IGP Khan, who holds the credit for eliminating over one dozen top militant commanders in the last six months, asked Pakistan to take back Talha Rasheed's body.

The US-made rifle has been recovered at a time when militants in Kashmir are largely presumed to be facing a shortage of arms and ammunition. It is for this reason that militants are often heard snatching it from police personnel.

Official statistics reveal that around 66 weapons, including 17 AK-47 rifles, and over 7,000 rounds of ammunition were snatched from the police personnel by militants and mobs in Kashmir Valley after the killing of Hizbul Mujahideen commander Burhan Wani on July 8, 2016. According to the state home ministry data, 66 weapons - 17 AK rifles, 23 SLR rifles, 14 INSAS rifles, 6 pistols, one .303 rifle, one carbine, 3 UBGL thrower and one Taser gun were looted by militants and other suspects from the mobs after attacking police stations and the personnel.

It's for the first time in the past decade or so that a sophisticated US-made weapon has been recovered from militants in the valley.

This is a clear-cut indication that infiltration from across Pakistan is going on unabated with the inflow of latest weapons and terrorists such as Talha Rasheed, who is believed to have sneaked into Kashmir a few months ago.

While the recovery of sophisticated weapons is nothing new in Kashmir, what is new and alarming is the weapon's country of origin.

Traditionally, militants in Kashmir would mainly have access to the Russian-made guns such as AK-47 and Kalashnikov. But now the new-age militancy has access to weapons from the US as well.

In June, New Delhi had secured a diplomatic advantage over Islamabad when the US firmly sided with India in its war against terrorism. America designated Syed Salahuddin, the Pakistan-based head of the largest militant group in Kashmir, Hizbul Mujahideen, a Specially Designated Global Terrorist.

The statement was released at the end of the meeting between Prime Minister Narendra Modi and US President Donald Trump where the duo promised an unforgiving strategy against global terrorism. This is a clear-cut indication that infiltration from across Pakistan is going on unabated.

Coming back to the M4 carbine rifle, last month, the picture of a local militant, Sameer alias Tiger, holding a M4 rifle in an orchard - believed to be somewhere in south of Kashmir - went viral prompting the government to order an inquiry on whether the photo was real.

The killing of Azhar Masood's nephew, a terrorist in south Kashmir, has brought the worst fears true as the IGP personally displayed the recovered M4.

Mostly used by the NATO forces battling Taliban fighters in Afghanistan, this American-origin rifle is a shorter and lighter variant of the M16A2 assault rifle.

But then apart from being a major security concern, the M4 carbine has some interesting "Tiger" conincidence.

In Salman Khan's upcoming Tiger Zinda Hai, the actor used a machine gun of the same series, for some heavy-duty action in the film, which stars Katrina Kaif as the female lead. Big screen's "Tiger" fired about 5,000 cartridges from a MG-42 for a scene in the movie.

In Kashmir, the gun was first brandished by a militant Sameer alias Tiger. Sardar Muneer Ahmed Khan, who confirmed the recovery of the assault gun, is also fondly known as "Tiger" among his colleagues in the armed forces.

Also read: Demonetisation was a major success. Why can't India have another one?

#Talha Rasheed, #M4 carbine, #Hizbul-mujahideen, #Kashmir Militancy
The views and opinions expressed in this article are those of the authors and do not necessarily reflect the official policy or position of DailyO.in or the India Today Group. The writers are solely responsible for any claims arising out of the contents of this article.