What India owes the 8-yr-old girl from Kathua

An eight-year-old girl from Rasana village in Kathua district was brutally raped and murdered. Much has been said about the incident by each of us in our own capacity on social media or otherwise. But it's not enough. Even as we feel shocked and helpless when we think about this child, we have to keep asking the right questions and call this crime what it is. That's the least we owe the little one.

While the Opposition is denouncing the attempt to polarise communities and asking that the case not be given a communal angle, the backdrop of the events paints a very different picture. Here are some questions you and I should be asking - loudly and incessantly. And the number of times the word “community” is going to come up will make you decide for yourself what this is all about.

If you've read enough reports about the Kathua gang-rape and murder, you know that this was a carefully planned crime devised by one Sanji Ram, custodian of the temple where the child was kept for days and raped. Some Hindu this!

According to the crime branch's investigations (and from the details in the charge sheet), it appears the motive was to oust the Bakharwal community from the village. 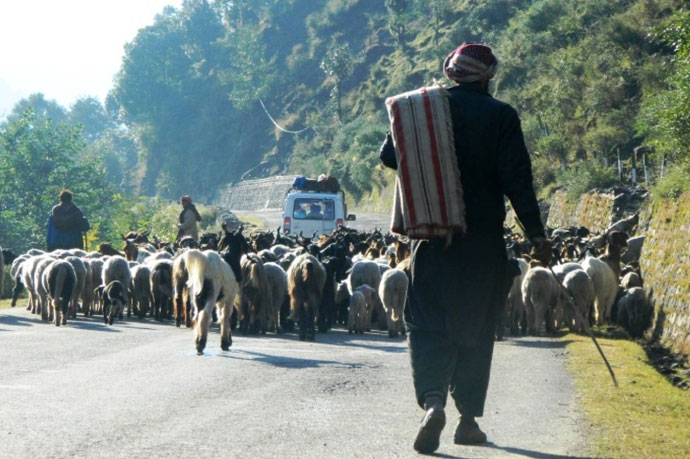 Finally, if the objective was to terrorise and evict a community, why was a plan hatched to rape a child?

A New York Times  report quoted a local Bakarwal leader as saying that the Muslim women of the community have, for long, feared Sanji Ram since he was known to misbehave with Bakarwal women.

Sanji Ram was a terror and he had simply found a vulnerable child, an easy target, to realise his plans.

The Bakarwals are a nomadic community classified as a Scheduled Tribe (ST) by the Indian government. For long, they used to move across regions to graze their livestock but in recent years, they have become settlers.

In many areas, the Bakarwals take land on lease from Hindus for grazing. More recently, there have been simmering tensions between the Hindus and the Bakarwals and atrocities have taken place.

Sanji Ram was the leader and mastermind behind them.

3. Why is the Hindu Ekta Manch protesting?

The Hindu Ekta Manch was formed as a social welfare organisation and calls itself “above all kinds of casteism”. But the outfit’s tweets suggest it fights for the poor and helps get them get access to justice.

The child's parents are poor and they deserve justice just as any other community. So what happened?

Its reasons for protests have left me flummoxed. The outfit claims that crime branch officers investigating the case belong to a “certain community” and that they have wrongly framed one of the accused (who happens to be a Hindu) to harass the majority community. What is more appalling is that two BJP ministers were part of the protests.

Their actions smack of communalism and casteism and it's time to call a spade a spade. A Muslim ST community has been discriminated against for long, Hindus have hatched a plan to terrorise and oust them and also interfered with investigations on the pretext that the crime branch has Muslim officers who will be biased.

And at the head of the tragedy is the BJP. This is the government we brought into power.

If someone tweets to me about Muslims having raped Hindu women, I have this to say to you: that was wrong, unpardonable. But the eight-year-old's rape and murder, too, is both heinous and wrong. One crime can never justify another.

Two other questions need to be asked. Why is this issue coming to the fore nearly three months after it happened? It has been reported earlier too (by international media, no less).

Why has it become a national debate? Are we getting used to atrocities and gender violence to the extent that they are nothing but blind spots?

Finally, if the objective was to terrorise and evict a community, why was a plan hatched to rape a child?

Women and children continue to be soft targets and gender violence an oft-used weapon. Thrown into this vicious mix now is crime against minorities — particularly Muslims.

Also read: How PM Modi just pulled a fast one on us

Post your comment
#Bakarwal, #Jammu, #Kathua rape and murder, #Kathua rape
The views and opinions expressed in this article are those of the authors and do not necessarily reflect the official policy or position of DailyO.in or the India Today Group. The writers are solely responsible for any claims arising out of the contents of this article.