Amitabh Bachchan, disgust is not going to make rape go away

When asked to comment on the recent incidents of rape and murder of minor girls, Amitabh Bachchan said he didn’t want to talk about all that because it disgusts him.

The brand ambassador of the government’s Beti Bachao, Beti Padhao scheme is too squeamish to talk about crime against girls. While we try to make sense of that, let us for a minute return to the nature of the crime he just refused to comment on.

Kathua, particularly, is not just a case of sexual violence – members of the ruling party joined a rally supporting the rapists, lawyers tried to interfere with the reporting of the crime, and the girl’s lawyer has been provided protection by the Supreme Court because her life is in danger.

A woman’s life is in danger because she is fighting the case of an eight-year-old raped and murdered girl. 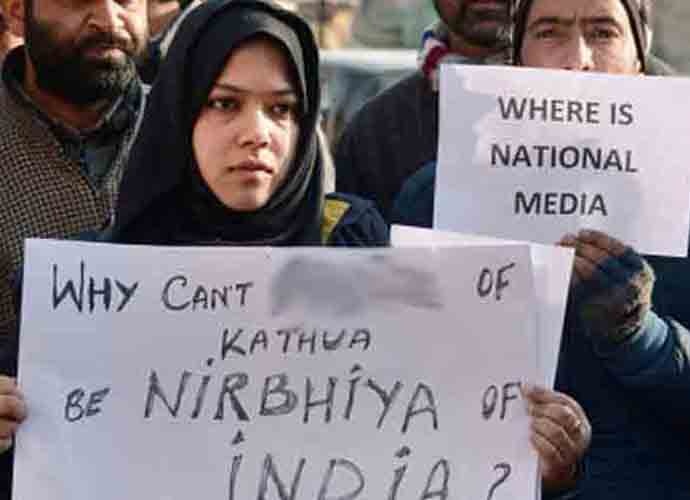 "Disgusting" is a flippant word to describe this situation we find ourselves in as a country, and it is a terrible excuse to not talk about it.

Correct the pigeon complex, Mr Bachchan, disgust is not going to make this go away. India has hit a new low that should not just disgust you, it should scare you, like it scares the rest of us who care for the country and its ethical core.

How did we get to the point where a) people and politicians feel emboldened enough to publicly support rapists, and b) public figures feel quite comfortable not commenting on it?

I’m sure the great orator needs no help in finding two lines of strong and clear condemnation for the perpetrators and their supporters - and it’d have been in keeping with his role as a public figure and brand ambassador of women and child development schemes - so why hush up the topic instead? Does it have something to do with - hint, hint - his love for Gujarat?

Mr Bachchan’s is a case of conveniences. After following his career and public life with middling interest for over 20 years, I’ve come to the conclusion that his personality and politics can be classified under shifting sands. After a lifetime of being close to the Gandhis, cosying up with Amar Singh, and then worshipping Bal Thackeray, it took Mr Bachchan not too long to find a warm friendship with Mr Modi complete with slimy handshakes and oily grins. His politics shifts with the majority vote – when the majority goes south, he goes south with them. We should reserve for him the sneer that we would for a prominent Indian politician who goes ticket-shopping every general election.

Imagine, for instance, if the Kathua, Unnao and Surat incidents had come into light just before the release of his movie Pink.

Ah, then the disgust would have made for T-5638 to T-6000 for sure. Remember the long letter Nana/Dada Bachchan wrote to his granddaughters, Aaradhya and Navya Naveli, warning them about the cruel world outside (in the month before the release of Pink) and how he then decided to share the letter with “all his granddaughters in the country” (ten days before the release of Pink)?

Today, gutsy actors like Swara Bhaskar are openly being trolled and threatened by that very "cruel world outside" and Mr Bachchan does not have one word of support or encouragement. Right-wing Twitter is busy comparing female Bollywood actor’s IQs with their cup sizes for speaking up against the rapes - while they practically ignore the few men who spoke up - does this blatant sexism not move you to write another letter of encouragement to your granddaughters?

Perhaps not when the upcoming movie is 102 Not Out.

This is a time of crisis for India, but Mr Bachchan’s nationalism is restricted to calling out cricket commentators who “praise other teams too much”. T-SomeoneLendHimASpine.

The fact that Mr Bachchan was pretty vocal during the 2012 Delhi gang rape exposes his being "too disgusted" to speak up now as nothing but a thin excuse to exploit Indian middle class’s moralistic sentimentality - millions would nod with him in agreement that child rape is too shameful to talk about.

Once again, the actor has played the audience. His moralistic disgust has overshadowed the fact that Mr Bachchan was never going to take a stand against the government of the day - never mind that members of the ruling party were cheering rape and murder.

Between 2012 and now, things have gone from bad to worse. Earlier, women were raped and murdered; now their abusers are hailed as heroes because the murdered child was Muslim.

The tragedy of Mr Bachchan’s silences – during Dadri, during Kathua, Unnao, Surat and other incidents big and small that have led India quickly down this slippery slope – is that he is among a handful of people in the country who have the power to influence public opinion. When he speaks, people hear. And when he does not speak, people hear that too.

History will judge you for your silences, Mr Bachchan, but it might be too late for India by then.