Why Kerala floods could well be a 'man-made disaster'

Several environmentalists have pointed fingers at extensive quarrying, mushrooming of high-rises as part of tourism and forest land acquisition for the calamity.

As Kerala battles its worst floods in over a century, it is time to take stock of just what caused the havoc in the state known for its picturesque landscape.

Kerala, which enjoys the status of being 'God's Own Country', has been devastated by unprecedented floods following torrential rains that also triggered landslides, leading to the death of over 350 people. 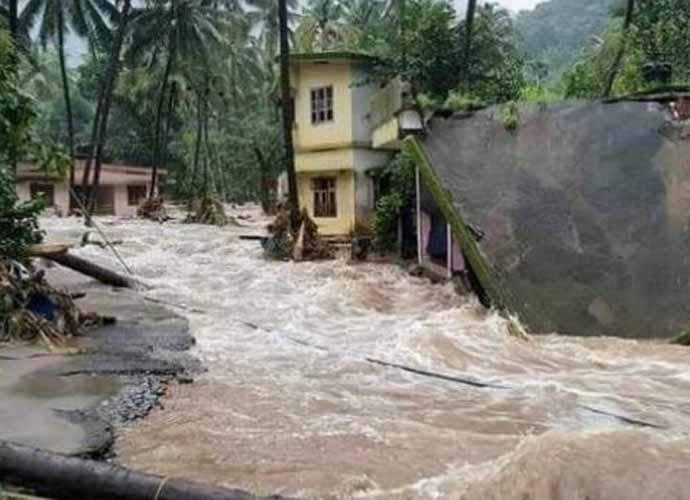 Experts fear, the toll could rise exponentially once the water recedes and more bodies surface.

State chief minister Pinarayi Vijayan has called for help from across the country in this hour of crisis saying, "We are in the middle of a disaster. We need to unite as one to tackle it."

The sad truth is that while we blame nature's fury for wreaking havoc, most such calamities turn out to be a result of unhindered human interference with nature.

The Chennai floods of 2015 also were a result of people messing up with nature. A report of the Comptroller and Auditor General of India, recently tabled in the Tamil Nadu Assembly, categorised the 2015 floods as a "man-made disaster".

If experts are to be believed, a similar story is currently unfolding in Kerala.

VS Vijayan, an environmental scientist and a member of the expert panel on Western Ghats, said, "Kerala is going through a man-made calamity. The impact should have been limited if the Gadgil committee report, aimed at protecting ecologically-fragile mountain ranges, was implemented."

The report Vijayan was referring to was submitted to the government in 2011 by a team of experts headed by Madhav Gadgil, an ecologist and founder of the Centre for Ecological Sciences at the Indian Institute of Science, Bengaluru.

A few of the regions which have borne the brunt of the Kerala flood fury had been declared as ecologically-sensitive zones by the Western Ghats Ecology Expert Panel, also known as the Gadgil Committee.

The panel reportedly strongly recommended that mining and quarrying be stopped in certain areas to avoid a potential disaster. The committee also recommended restrictions on deforestation and unhindered use of land for construction purposes. Over 350 people have died in the flood so far (Source: PTI)

The committee had suggested that 140,000 kilometres of the Western Ghats be classified into three zones as per the requirement of environmental protection in the areas.

But the Kerala government rejected the committee report and did not adopt any of its recommendations.

In the aftermath of the floods and landslides, Gadgil has blamed the "irresponsible environmental policy". He also called it a "man-made calamity".

Several other environmentalists too have pointed fingers at the extensive quarrying, mushrooming of high-rises as part of tourism and illegal forest land acquisition by private parties as major reasons for the calamity.

Kerala is currently in pain. It will take the state a long while to recover. And once that happens, a post-mortem of the causes that led to the disaster will begin. If only the government had paid attention to the alarm bells, the scale of this tragedy could have been mitigated.

What has happened in Kerala is thus also a lesson for the rest of the country to not exploit nature. Hope, some lessons will be learnt at least now.

#Comptroller and auditor general, #Kerala disaster, #Western Ghats, #Kerala floods
The views and opinions expressed in this article are those of the authors and do not necessarily reflect the official policy or position of DailyO.in or the India Today Group. The writers are solely responsible for any claims arising out of the contents of this article.