They have nowhere to go.

In May, in possibly one of the most uplifting moves by any state government, the Kerala government had announced its plans to hire people from the transgender community for the recently-launched Kochi Metro. In its first phase, 21 transgender citizens were employed in the metro service.

In the second, it is planning to absorb 20 more. However, within a week of the Metro's launch, eight of the 21 transgender hirees have quit.

The plan to absorb people from the transgender community was lauded all across the nation as being progressive because it sought to include one of the most marginalised communities in the country.

Kerala also became the first state to formulate a transgender policy aimed at ending the discrimination and bringing the community into the mainstream in 2015.

In fact, Kochi Metro also shot a short video featuring its transgender employees in an attempt to normalise the move. The video was widely shared, both in India and abroad.

Elias George, the managing director of Kerala Metro Rail Limited (KMRL) had said, “This is an attempt to bring them to the mainstream. We hope our maiden attempt will be a runaway success. We expect other firms to follow suit and engage them in respectable positions.”

Why then, in such a progressive workplace, in arguably one of the more progressive states, have more than a third of the 21 transgender employees already quit their jobs?

The answer is housing.

According to a report in Hindustan Times, nobody is willing to rent out houses to them.

Among them is Ragaranjini, a post-graduate who works as a ticket collector at Edapally station, who stays at a lodge that charges a daily rent of Rs 600, which she can’t afford on a Rs 15,000 a month salary.

“If the situation prevails my rent will outweigh my returns. How can I sustain like this?” she said.

Tripthi, another transgender employee who quit lives in a one-room house on the outskirts of the city. “Without an accommodation, I can’t shuttle every day so I opted out,” she said.

“Though there are many vacant houses for rent, the owners refuse to hire it out to us. We’re forced to stay in lodges coughing up over Rs 600 per day. The problem of finding a shelter turned out to be an unexpected issue,” said Sheetal Shyam, a ticketing officer. 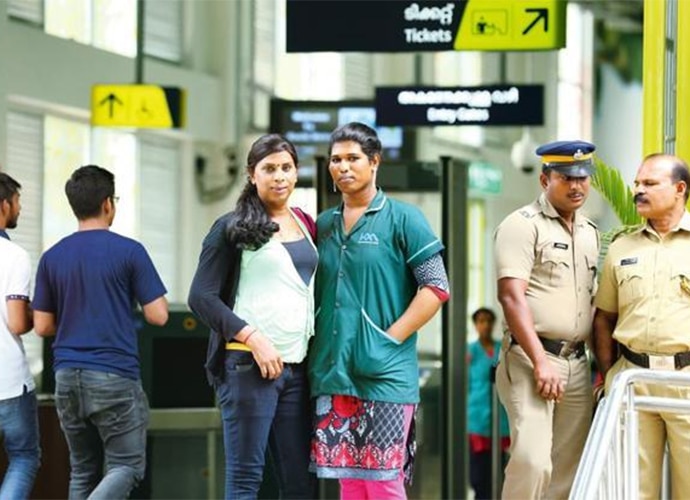 According to Deccan Chronicle, the KMRL authorities have tried to help. While they could not provide the transgender employees accommodation, on June 24, they took up the issue with the district collector and the social welfare department in an attempt to arrange affordable lodging facilities.

“Our Managing Director (Elias George) has spoken to the collector. We’re also trying to arrange accommodation through private parties as well through the Social Welfare Department,” a senior metro official told DC.

Meanwhile, Kochi's mayor Soumini Jain said she was not aware of any problem. She added that she would take it up with metro and help find a solution.

A makeshift solution is in the works. “We have arranged for rooms in a hostel in Kakkanad, about 10km away from the metro station they work at. Twelve of them who need accommodation have agreed to move into these rooms by July 1. KMRL will also be providing them with a transport facility so that they can report to work easily,” Reshmi, a KMRL spokesperson told The News Minute.

The problem, however, extends beyond monetary challenges. The transgender employees come from suburban towns where prejudices are prevalent. A lot of them had never disclosed their trans-identities to their families.

Thanks to the lack of discretion by a newspaper, their gender identities were revealed after their photos were published without their permission by a daily. According to a report in The Mint, one of the employees who did not want to be identified said her family has threatened to kill her if she returns home.

The 21 transgender employees may have employment today, but they still have nowhere to go. And even as things begin to look up for them, the majority of India still views the community with either mistrust or disgust.

As J Devika, an associate professor of Gender at Thiruvananthapuram’s Centre for Development Studies, rightly sums up: “There’s so much to do. But we end up using them as a showpiece instead of committing ourselves to their rights.”