Our focus state today is a thin sliver of land kissing the Arabian Sea, the land of Chera, Kerala.

If necessity is the mother of invention, education is the daddy. Kerala has been in general knowledge books for its 100 percent literacy rate and is in the news for being ahead of other states in most human development parameters. As we face the unprecedented coronavirus crisis, Kerala is lucky to have the experience of dealing with the deadly Nipah virus and double lucky to have KK Shailaja as the health minister. Famous as Shailaja Teacher, she is the guardian angel, adored by everyone from The Guardian to the BBC. There's a good suggestion doing the rounds that she should be given the charge of the war on coronavirus at the national level. That's the power of a small state, a stronghold of the godless Left. That's right, education makes the gods take a step back even in what's called God's Own Country. You may not like the beef fry but no religion prohibits you from washing down the pepper mushroom with palm-fresh toddy, God's own country liquor.

Kerala is so good that even bad news has that wow factor. I have recently come across two killer stories that stand out for innovation. The meticulous planning that goes into a murder in Kerala will boggle the click-boom-dead Northern lad's mind. The reputable Malayali mind is a challenge even for the Malayali mind in uniform, who cracks it nevertheless. When it's the left versus the right, the communists versus the RSS, even Kerala loves the good old machete, like any state else does. But when the stuff is personal, the killer puts the kill in skill. Skill India, a lesson in innovation. Leave no witnesses, no trace. The cops have to earn it. 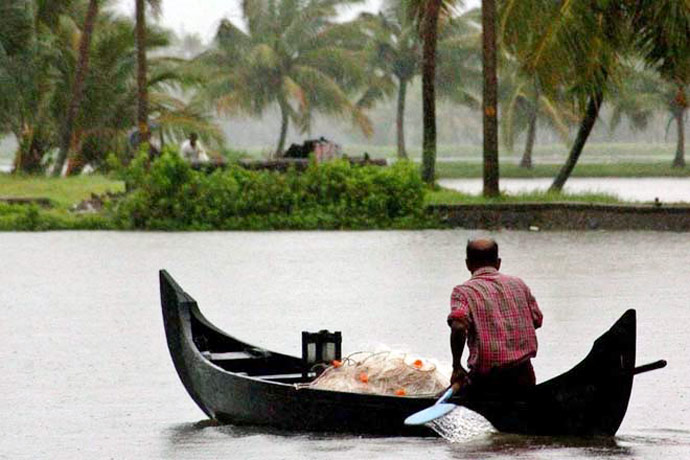 Kerala is in the general knowledge books for 100 percent literacy and in the news for being ahead of other states in most aspects. (Photo: Reuters)

Take the case of Jolly, a friendly and lively woman who pretended to be a teacher. She killed 6 of her family over 14 years to experience the kind of freedom she deserved. Patience. She poisoned them one by one over the years. 6 people over 14 years dying of cardiac arrests is unfortunate but plausible. She was in charge of the kitchen and could poison the broth and kill everyone in one go. But no, that would make the police suspicious. She poisoned the bowl of mutton she served to her mother-in-law one night. Next morning, the old lady was out. Cardiac arrest. That was September 2002.

When she poisoned her husband Roy, his uncle Mathew wouldn't believe it. The post-mortem revealed cyanide traces in Roy's stomach. Jolly said must be suicide. And suicide it became. But then Mathew wouldn't believe his nephew would kill himself. So one morning, Jolly served him coffee. The end of Mathew. He was No. 4 and 2014 is the last April he saw. Jolly killed 6 of her family over 14 years to experience the kind of freedom she deserved. (Photo: Twitter)

It was in 2016 that Jolly killed her last victim. She then got married to her last victim's husband. Relatives already had started smelling a rat and even the police noticed that there was a pattern in Jolly being around people who would soon drop dead. She confessed. She was jolly good at what she did. Her patience and determination will live on, in legends.

So will the doggedness of Sooraj. The man who is in news now, for murder by snakebite in a state where snakebites are not uncommon and won't raise an eyebrow. At Sooraj's home in Adoor, a poisonous viper bit his wife Uthra one evening. She noticed the snake and she was howling, screaming for help. She insisted on getting to a hospital. Sooraj kept delaying as he pretended to help her. As the venom started taking effect and Sooraj was sure, this was it, he did take her to the hospital. Much to his chagrin, she did not die. She battled the snake venom for days but survived. Her parents took her to their house where she was recuperating. Sooraj's Plan A had failed. The viper he bought from a snake-catcher did its job. He carefully positioned it in her clothes so he did his job too. But the job was not done. Sooraj wasn't giving up. He met his snake-catcher once again and claimed his house was still rat-infested as the viper wasn't effective at all. This time, he bought a cobra and carried it with him to his in-laws' place as he visited his convalescing wife. At night, he let the cobra out of the jar, loose in her bed. The cobra did its job and she didn't even realise what had bit her. Snake bites hardly hurt; a puncture, just a tad more noticeable than a mosquito bite. The wily cobra then slid out of his sight and hid somewhere. He couldn't put the snake back in the jar. The evidence slithered away and he couldn't do anything about it.

Sooraj is arrested. Jolly is in jail. Their stories will inspire movies and web series. They believed in innovation, they went off the beaten track of beating, cutting, chopping, burning/burying and the usual. They went for murder so natural no foul smell came off it. It doesn't matter whether you have to kill the coronavirus or your spouse, it's innovation that matters.