DailyOh! Tribute to Kobe Bryant at Grammys, but the show goes on

Doesn’t the death of Black Mamba remind you of the Brazilian football team’s demise in plane crash?

We are back but let us admit to you that today we are back with a rather heavy heart.

The death of American basketball icon Kobe Bryant came as a huge shock this morning. He died on Sunday night. While death is a certainty, it’s the way it comes that leaves an impact on us. Bryant’s helicopter, they say, slammed into a hillside in California in the US on Sunday. You must have found out by now, Bryant was just 41. You must have also come to know that his 13-year-old daughter Gianna also died in the crash. You know, Gianna too wanted to be a basketball player like her father. There were seven others in the helicopter. None of them survived.

Bryant won five NBA championships and two gold medals in the Olympics. Many referred to Bryant as Black Mamba. You can read up more about the tragedy and the legend Bryant was, here.

Just hours after Black Mamba's death, the 2020 Grammys ceremony was held at Staples Centre, the very place Kobe played his entire career with the Los Angeles Lakers. What a strange coincidence, right?

Pop star Lizzo opened the show with Cuz I Love You and dedicated it to Bryant. In case you missed it, you can listen to it here:

You know the thing about life is that it moves on and we get back to being and doing who we were and what we do. So, the Grammys went on as the Grammys went on after legendary pop singer Whitney Houston died just 24 hours before the award ceremony in 2012. Her death was believed to be a case of accidental drowning, with cocaine use and heart disease as contributing factors.

The Grammys also went on after singer Rihanna pulled out from the show at the last minute in 2009 as her then-boyfriend Chris Brown beat her up and got arrested. Now, both Rihanna and Brown were supposed to perform on the show. You think this is just rumour? Read this!

While the show going on at Grammys reminded us of Houston, Rihanna and Brown, Bryant’s death reminds us of a November 28, 2016 air crash, in which 71 people died, including 19 members of the Brazilian football team Chapecoense. The rest of the people who died on that ill-fated plane were journalists and crew members. What is absoultely spine-chilling is the way this disaster took place. The aircraft literally split into two. Only the nose and wings could be recognised. Three members of the team and three other people managed to survive the crash. Yes, that’s rare for air crashes. 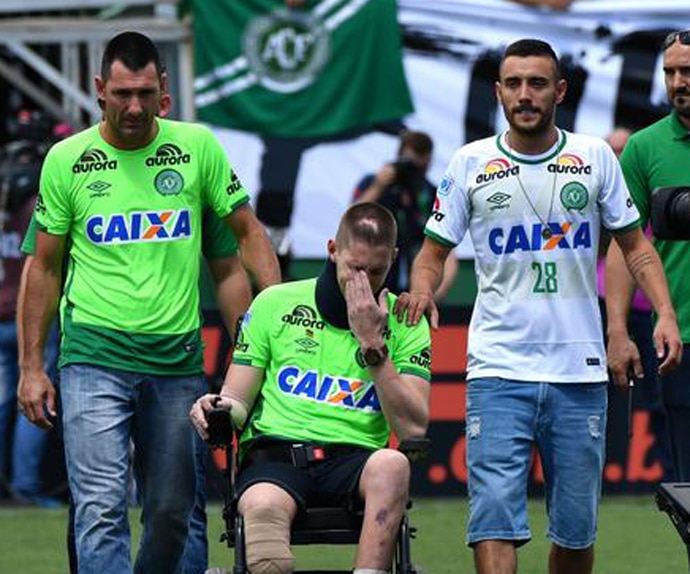 It is getting too heavy. And it is anyway Monday.

Let us try and move away from deaths and crashes. As it is, there is so much stress we have deal with in life. And do you know what stress can do to you and your looks? To begin with, it can leave all your hair grey. Even overnight. Coming to that in a bit.

Researchers from Harvard University have published a report in the journal Nature. It describes the process which leads to our hair greying. A lot of us already knew that human hair turns grey when one ages because the body stops producing the pigment responsible for hair colour. But how and why does hair lose colour permanently? That was still being debated.

Blame it on stress. Scientists say so. Now, you can also blame it on those who give you stress, but that makes the link a bit complicated. We will keep it simple and blame it on stress. So stress is believed to activate certain nerves which permanently damage cells that generate pigment in hair follicles.

But do you know that this premature greying of hair has a term? It is called the Marie Antoinette Syndrome.

Legend has it that French queen Marie Antoinette’s hair suddenly turned grey right before she was to be executed in 1793. And guess what? Marie Antoinette wasn’t alone. It is believed that the hair of the English martyr Sir Thomas More turned white overnight in the Tower of London before his execution in 1535. Several survivors of World War II are also said to have seen their hair greying very quickly.

Quite possible that they were all stressed over their impending death. And stress has indeed come to be a part of life. Doesn't everyone complain of stress these days?

So what exactly is stress? For today, among other things, stress is our Word Of The Day. Apparently, Hans Selye coined the term in 1936. It's not like there was no stress before that; just that it was not called stress. So Selye conducted experiments on laboratory animals and proved that animals reflected changes when exposed to sudden stimuli such as blaring light, loud noise and extreme heat or cold. He showed that continuous stress could cause in these animals the same diseases like those found in humans — hearts attacks and arthritis kind of stuff.

Stress soon gained traction and became a word usually related to workplaces. Let’s go back to Selye’s definition now. He said stress was “the non-specific response of the body to any demand for change”. So while we feel that stress leads to changes in the body, Selye believed that stress is caused by the changes in our body. Harvard scientists are going by the first interpretation though.

But before Selye used it, stress was already a popular word in Physics. No, no, Selye didn’t copy. He just borrowed it. But if you are interested in the full details of the study conducted by Harvad scientists, you can read this.

Moving on from stress, the world heaved a sigh of relief today when Kim Jong-un’s aunt was seen in public. Why? This public appearance has come after seven long years. Seven years that the world wondered if Kim had killed her.

The North Korean leader as you know is always in the news for the wrong or the funny reasons. But today, we are not going to be talking of Kim but his aunt who has just resurfaced. Oh, we didn’t tell you her name. She is (now, we can safely say ‘she is’ and not was) Kim Kyong-hui. Kyong-hui is the sister of Kim Jong-un’s late father, Kim Jong-il. Now, she was apparently not just a sister, but the favourite sister.

What is surprising about her resurfacing is that she appeared sitting next to her nephew Kim and his wife Ri Sol-ju. But then, they are family. What’s so strange about them appearing together, right?

Wrong. Let us tell you why.

Kim Jong-un is the same man who is believed to have executed Kyong-hui’s husband Jang Song-thaek in 2013. It was right after this execution that Kyong-hui disappeared. Now, she and her husband were popular and powerful members of the family. So when the husband was executed and Kyong-hui disappeared, people smelled something fishy. What didn't help were several reports saying Kim could have poisoned his aunt.

Back then, Kim Jong-un had carried out a series of purges to get rid of anyone who could rise as his challenger.

So has the aunt forgiven the nephew, or is she scared to show open rebellion? Kyong-hui has been a four-star army general and part of the principal policymaking committee of a communist party. She played a role in training Kim for the role after his father died of a sudden heart attack. Looks like she has forgiven her nephew.

We will leave you with that for today. And if you're feeling particularly stressed with all these deaths, crashes, executions that DailyOh gave you today (sorry for that), how about binge-ing on this new series on Amazon Prime? Yes, we're talking about Kabir Khan''s The Forgotten Army. Here's a review to help you decide (see it!).