How Yogi Adityanath is messing with Kumbh Mela

The UP government should persuade the central government to initiate action to restore precision to Vikrami calendar.

Just at the time UNESCO included Kumbh Mela in its list of Intangible Cultural Heritage of Humanity, the Uttar Pradesh government under the leadership of chief minister Yogi Adityanath has unnecessarily and thoughtlessly changed the traditional Kumbh nomenclature.

Kumbh Mela is celebrated on four riversides. Every 12 years, the event is celebrated in Allahabad as Purna Kumbh. Half way through it, every six years, Ardh Kumbh is celebrated. After 12 cycles of a Purna Kumbh - that is after 144 years - is held the Maha Kumbh, the grandest and the holiest of all Kumbhs, also in Allahabad.

For a better understanding of how this works let's see how we have celebrated it over the last couple of years. Kumbh was celebrated at Trimbak in Nashik in 2015 and at Ujjain in 2016. The same year Haridwar observed Ardh Kumbh. Prayag (Allahabad) celebrated the Kumbh in 2013 and will be organising Ardh Kumbh in 2019.

The timing of the Kumbh is fixed astronomically. The celebrations are in honour of the planet Jupiter, which has an orbital period of about 12 years. For the event to occur, Jupiter should be in a specified zodiacal sign (rashi). 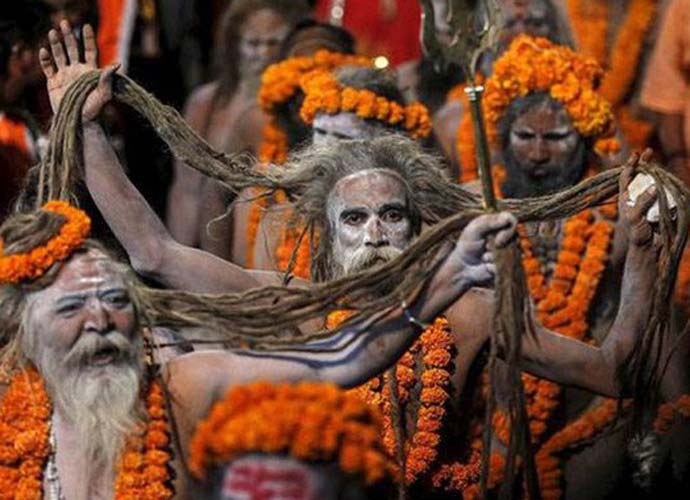 Since Jupiter spends a year in one rashi, the precise timing of the festival is arrived at by referring to the sun and the moon. To describe the path of the sun, the zodiacal list is headed by Aries (Mesha). For some reason, in case of Jupiter the most important rashi is Aquarius (Kumbha).

The term Kumbh has come to be used in two distinct senses: to denote the rashi proper and as a general description for the congregation. Strictly speaking, there is only one Kumbh, namely the one at Haridwar when Jupiter is actually in Aquarius.

The congregations at Nashik and Ujjain are not Kumbh but Simhasth because Jupiter is in Leo (Simha) in both cases. That is why the two events are never more than a year apart. Simha rashi is important because it falls midway in Jupiter's 12-year orbit.

The Prayag congregation is peculiar. It marks Makar Sankranti (Maghi) every year. Kumbh takes place when in addition to this, Jupiter is in Mesha or the succeeding Vrishabh (Taurus).

While releasing the logo for the Prayag 2019 event, Yogi Adityanath facetiously asserted that since there was nothing incomplete in Hinduism, Ardh Kumbh would be designated Kumbh, and the Kumbh Maha Kumbh.

There is nothing incomplete or vague about six being half of 12. The UP executive fatwa raises many problems. In Yogi Adityanath's scheme, no unique term is now left to denote the event held every 144 years.

Secondly, since the order cannot be implemented retrospectively it will create confusion between the description of past and present congregations at Prayag.

Thus, a Kumbh was celebrated in 2001 and 2013 and is again being celebrated in 2019. Finally, since the UP chief minister's writ runs only in UP, pan-Indian description would be fragmented with Prayag following a different nomenclature for its Kumbh than the three other locations.

Assembling of a large number of people at a single place for a limited period of time poses great challenge on various fronts: law and order, crowd management, sanitation, hygiene, pollution control, healthcare, etc. A government should focus on these issues. As a matter of policy it should desist from unilateral action on matters involving tradition, culture, and religion.

There are some calendrical matters too that would benefit from government interest. Because of differences among traditional astronomers, Kumbh was celebrated in Prayag in 1965 as well as 1966. The UP government should call a meeting of traditional panchang makers, Sanskrit scholars and modern astronomers to ensure that there is unanimity on the timing of the Kumbh. At a more fundamental level, there is a need to remove the error that has got into the Vikrami calendar over the past 1,500 years.

As a result of the discrepancies in the Vikrami calendar, Makar Sankranti (14 January) is still celebrated as Uttarayana (northward turning of the sun) while winter solstice has already taken place on about December 21.

The UP government should persuade the central government to initiate action to restore precision to Vikrami calendar and bring the calculated sky in consonance with the observed sky.

Also read: Why UP government's mega PR drive for Kumbh Mela is misplaced

#UNESCO, #Makar Sankranti, #Yogi Adityanath, #Kumbh Mela 2019
The views and opinions expressed in this article are those of the authors and do not necessarily reflect the official policy or position of DailyO.in or the India Today Group. The writers are solely responsible for any claims arising out of the contents of this article.

Author is honorary professor at Panjab University and a a former Fulbright Scholar.