This day, 1,428 years ago, on the second day of Hajj, Prophet Muhammad delivered a historic Khutbah (sermon) at Mount Arafat in Mecca, addressing a massive gathering of around 1.5 lakh Muslims.

The sermon, popularly known as, the "Last Sermon”, though seemingly addressed to a Muslim gathering, with a little bit of reflection, would help you realise the universality of its message. Most importantly, the Prophet discussed at length the most pressing social and moral issues to an audience that had primarily gathered for a religious pilgrimage.

The sermon is short, yet comprehensive; simple, yet extraordinary.

Here, are the four most important takeaways from the Last Sermon that remain pertinent even today.

For the world which wakes up to 1,500 deaths every day due to armed violence, amounting to one death per minute, the Last Sermon lays down the fundamental rights guaranteed to human beings.

Prophet Muhammad declared that the blood of a fellow brother is as sacred as the sacred city of Mecca and the sacred month of Hajj. He said, “O people, just as you regard this month, this day, this city as sacred, verily your blood, your property are equally sacred and inviolable.”

Furthermore, he abolished all the ignorant customs and practices prevalent in those times, paving the way to a progressive and a transformative society. He said, “Behold! Everything pertaining to the days of ignorance is under my feet completely abolished. Abolished are also the blood-revenges of the days of ignorance. The first claim of ours on blood-revenge which I abolish is that of [my kinsman] Rabia bin al-Harith.”

Racism, discrimination, bigotry and social injustice are still an inseparable part of our society, even in the 21st century. Just imagine how terrible the world was 1,500 years ago. Fast forward to today, nothing has really changed in terms of how discrimination has been ingrained in the society. 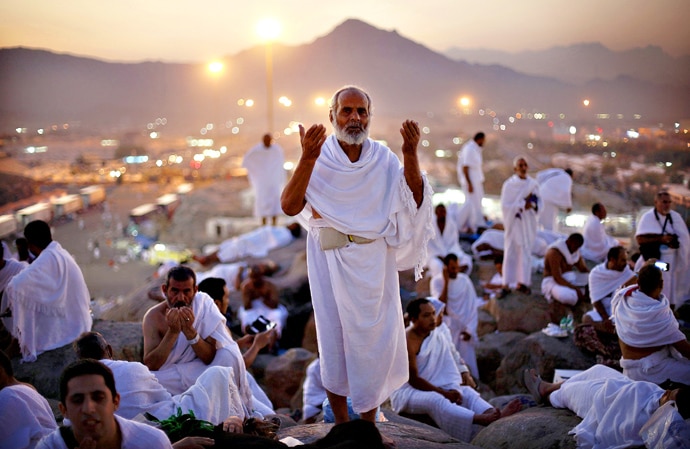 In order to better understand the Prophet’s advice on women’s rights, one needs to read the last sermon in its historical context. Prophet reminded people of the rights women possess, in a hugely patriarchal society that denied them even the basic human rights. He reminded that women are equal partners and helpers and not subservient to men.

He said, “Fear God concerning women! Verily you have taken them on the security of God, and your intercourse has been made lawful with his permission. It is true that you have certain rights with regard to your women, but they also have rights over you. Do treat your women well and be kind to them, for they are your partners and committed helpers”.

The Arab was a crony capitalist economy thriving on the economic exploitation of the poor. Interest on money, not only widens the disparity between the rich and the poor but also has disastrous effects on the social order. Even today, an estimated 11 million children die every year due to conditions of poverty and debt.

In the Last Sermon, Prophet abolished interest and waived off all the claims, “God has forbidden you to take usury (interest on money). Therefore all interest obligation shall henceforth be waived. And the first amount of interest that I remit is that which Abbas bin Abdul Muttalib had received. Verily it is remitted entirely. Your capital, however, is yours to keep. You will neither inflict nor suffer any inequity”.

Also Read: If Muslims followed the 5 tenets of Islam, the world will be a better place