CORONICLES: Kashmir has seen many lockdowns, but this one beats them all

Kashmiris are used to socialising at the mosques, around street corners and at common compounds.

The coronavirus scare has led to a deep fear psychosis in Kashmir. Lockdowns are nothing new in the Valley. After nearly three decades of civil unrest and conflict, hartals and shutdowns, lockdown is just a new word for what three generations of Kashmiris have internalised and learned to live with. Hoarding ration and other items of daily need is a way of life here. One never knows for how many weeks or months shutters of shops may be down and rations may not be available.

Sometimes for days together, National Highway 1 between Jammu and Srinagar is closed because of landslides. Fear is also a constant in the Valley. 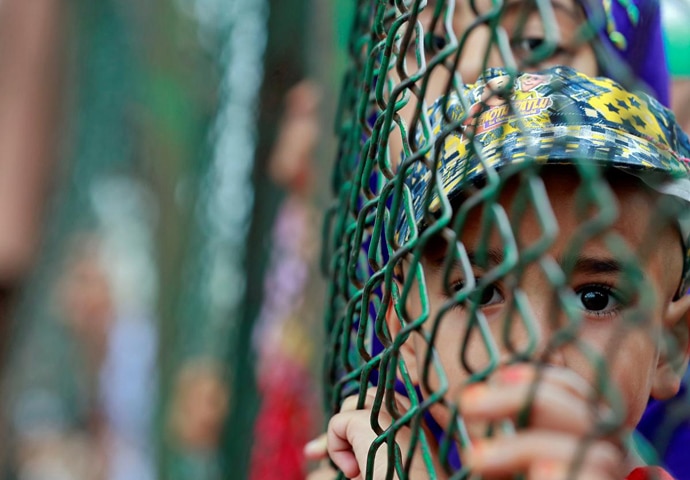 There is a fear of physical suffering, even death. (Photo: Reuters)

But the coronavirus has caused deeper distress than Kashmiris are familiar with. There are multiple factors at play in causing the distress. Earlier, during the weeks or months when the commercial centres used to be closed, life didn’t seem to come to a halt. Kashmiris in the Valley’s bustling towns and villages were used to socialising at the mosques, around street corners and at common compounds.

The lockdown in the Valley began on March 19; what Kashmir is experiencing is a situation forced by the spread of the coronavirus. The #StayHomeStaySafe for Kashmiris is only an extension of the earlier lockdown, along with the move of offices to Jammu in the first week of November, topped with the severe winter that anyway keeps people indoors.

The difference is that earlier, there was simmering anger and a feeling of administrative suppression. Now, there is a fear of physical suffering, even death. Social media users in Valley even made a Kashmiri hashtag ‘#TalsaGharreyBehew’ (which roughly translates to ‘Hey, stay at home’) trend on Twitter, asking each other to stay at home.

Total social isolation has spiked anxiety levels in the Valley. Winter is the time when many Kashmiris prefer to travel, going to warmer climes while the Valley remains frozen. Covid-19 made many of them rush back home, which made neighbours scared of mingling with them. The government issued an appeal to people to self-report travel history. Many who had travelled abroad were quarantined on their return. The death of an aged Kashmiri man, who had travelled to various parts of the country, including Delhi, to attend a religious gathering at Nizammudin Markaz due to coronavirus, has spread fear in the Valley.

Scores of people who had travelled to other countries were placed under quarantine. Social bonding, which rejuvenated Kashmiris through the darkest days of the conflict, has suffered a setback in these times of coronavirus. People are deeply scared, fearing to sit even with friends and relatives.

By the third week of March, Srinagar, home to a million people, had turned into a ghost town. Boulevard Road, Lal Chowk, Shalimar and Nishat Gardens – the favorite haunts of Srinagar residents round the year – wore a deserted look. Markets were shut, public transport banned and the entry of travellers restricted.

On March 17, the government ordered suspension of the inter-state bus service between Jammu and Srinagar to minimise the transmission of the contagious virus. Kashmir does not have a strong healthcare infrastructure; hence, Kashmiris are used to travelling to Jammu, Amritsar, Chandigarh and Delhi for treatment and check-ups. With the lockdown in place, total dependence on local healthcare facilities has fuelled the panic.

Hospitals in Kashmir have an acute shortage of doctors and paramedics. Kashmiris are woefully aware that the local healthcare facilities are insufficient to meet the crisis which has upset even the countries equipped with world-class medical care. Kashmir’s hospitals are understaffed and ill-equipped to fight the outbreak. Kashmir's healthcare system is poorly placed to deal with even normal challenges in normal times. Doctors warned that a spike in Covid-19 infections would crush and devastate Kashmir, unless the community intervened.

“We will die like cattle,” wailed women over the phone to my mother, a gynaecologist at a reputed hospital in Srinagar. As fear mounts among the common people, doctors are constrained to see their patients suffering not just from existing health problems, but also mental stress and depression. Given the situation, Kashmiris fear potentially disastrous consequences. Apprehensions abound that this may just be the tip of the iceberg. Junaid Mattu, the mayor of Srinagar, admitted, “We aren't testing proactively and enough. We aren't preparing for the worst.”

Senior citizens have been barred from coming out of homes. The threat of the virus has temporarily suspended all social and religious gatherings in the Valley. On March 25, as the number of cases in Kashmir rose to four, the government ordered the closure of all places of worship in Srinagar district. The revered Hazratbal shrine, the Dastgeer Sahib shrine, the mosques – all have been closed. The local administration ordered strict restrictions and FIRs against those who violated the directives of social distancing. By March 28, 337 FIRs had been registered and 627 people arrested for violating the lockdown.

Lack of access to the internet adds to the fear of the unknown. The internet was restored earlier this month, but it remains slow as 4G services are still not allowed. Schools, colleges and universities, which had reopened last month after seven months of closure, were shut again. People have stocked up on essential supplies in preparation for another lengthy period of isolation.

With the internet slow and access to communication only through 2G, Kashmiris are panicking that the administration is not being transparent with them. Shahid Chaudhary, head of the civil administration in Srinagar, expressed concern about the dread that he saw setting in among people. “Trust me, if I share a summary of daily events, no one in Kashmir will sleep,” he wrote on Twitter. “Let's keep our egos aside, work collectively and instead of raising panic and alarm, help each other to improve. This (is) 3rd World War. Nothing less,” he stated.