Study says long Covid may cause 20 years of brain ageing

A study by UK scientists has revealed that cognitive deficits can happen to people suffering from Covid for a long period. There is a possibility of making no recovery from such deficits. The study has been done by researchers from Imperial College London and Cambridge University.

Published in the eClinicalMedicine, the journal which is a part of the Lancet Discovery Science, says that patients affected by long Covid may face difficulties in thinking. The damage can be compared to 20 years of ageing. (READ MORE HERE: Long Covid, what stays long after you are done with Covid. 6 points)

Professor at Cambridge University and senior author of the study, David Menon said, "Covid does cause problems with a variety of organs in the body, including the brain and our cognitive function and our psychological health." 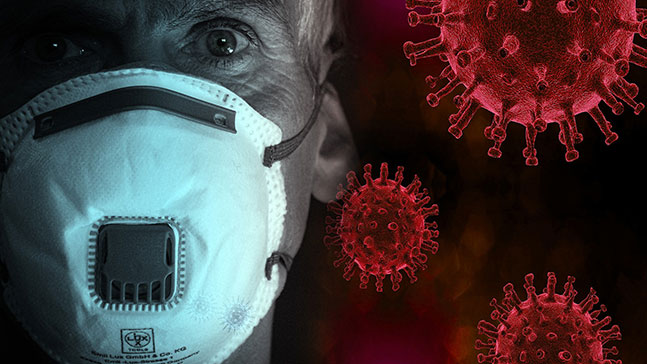 HOW WAS THE STUDY DONE: The study was conducted on 46 Covid-19 critical patients at the Addenbrooke's hospital. The cognitive tests were conducted through the Cognitron platform which has been developed by researchers at Imperial College London.

Researchers said, "The individuals underwent detailed computerised cognitive tests an average of six months after their acute illness using the Cognitron platform, which measures different aspects of mental faculties such as memory, attention and reasoning."

WHAT WAS FOUND: Results from the cognitive tests were then compared with 460 other people who had not suffered from Covid-19 and participated in the BBC test. After comparsion, researchers found that Covid patients "had particular cognitive impairments, including slower processing speed". Menon explained, "The thing they (Covid patients) struggle with most is verbal reasoning." This includes completing analogies such as 'what a zip is to a bag is what a cap is to a bottle'.

Talking about cognitive deficit in Covid patients, Menon also said, "Cognitive impairment is common to a wide range of neurological disorders, including dementia, and even routine ageing, but the patterns we saw – the cognitive 'fingerprint' of COVID-19 – was distinct from all of these".

The impairment seen in Covid patients was similar to the impairment non-affected people go through between the ages of 50 to 70.