How Gandhi’s satyagraha would have fared in Hitler's Nazi Germany

The most consequential men of the 20th century, and they couldn’t have been any more different — Mohandas Karamchand Gandhi and Adolf Hitler.

They were contemporaries on the opposite ends of the political spectrum.

The two never came face-to-face, but were aware of each other’s politics. Gandhi wrote two appeasing letters to Hitler, addressing him as “Dear Friend”, while Hitler reportedly advised the British to “Shoot Gandhi, and if this doesn’t suffice to reduce them to submission, shoot a dozen leading members of the Congress, and if that doesn’t suffice, shoot 200, and so on, as you make it clear that you mean business.” 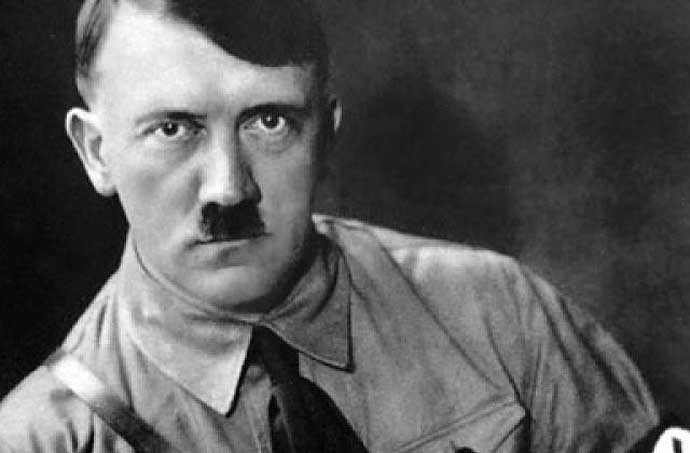 Would Mahatma Gandhi's satyagraha have appealed to the conscience of Adolf Hitler? (Photo: Wikimedia Commons)

On the face of it, no non-violent protest would have had a chance in Nazi Germany. Gandhi was aware of the situation in Germany. In 1938, in an article titled The Jews, he wrote, “The tyrants of old never went so mad as Hitler seems to have gone.”

Satyagraha is much more than non-violent resistance. In Gandhi’s philosophy, “God is Truth” and the realisation of truth requires sacrifice. This theory gives Gandhi’s political movement of satyagraha — the term literally means the firmness of truth — a theological colour. Satyagraha thus becomes more like a pilgrimage. Like any religious pilgrimage, it entails suffering, even death. A leader of such a religious movement becomes a saint in politics — the honorific Mahatma to Gandhi’s name is a testament of it.

Gandhi’s The Jews was written in the aftermath of Kristallnacht, an event considered the beginning of the Holocaust. In the same article, Gandhi hoped there would arise, from amongst Jews, someone to lead the struggle. Unfortunately, a few months later, the Second World War commenced and Gandhi’s wish never came to fruition.

So how would a satyagraha-like movement headed by a Gandhi-like leader have fared in Nazi Germany?

In the Nazi regime, even a scintilla of resistance meant death or being bundled to concentration camps. There was almost no Jewish opposition to Nazis, and any German who opposed Nazism faced persecution.

Political rival Ernst Thälmann, the leader of the communist party, for instance, spent 11 years in solitary confinement before being executed. No religious or conscientious resistance to the Nazi regime was brooked. Pastor Martin Niemöller and Nobel Laureate for Peace Carl von Ossietzky were sent to concentration camps; the latter died in custody after prolonged internment.

However, what distinguishes Gandhi’s satyagraha from other resistance movements is that it was both political and religious. The followers under the spiritual leader, Gandhi, were willing to suffer and die for the political cause.

But to keep Gandhi in prison meant inviting civil disobedience and protests from his followers. Any repressive regime would have faced the same dilemma in containing Gandhi’s satyagraha as the British. The British would have wished Gandhi away if it was not for the consequences. 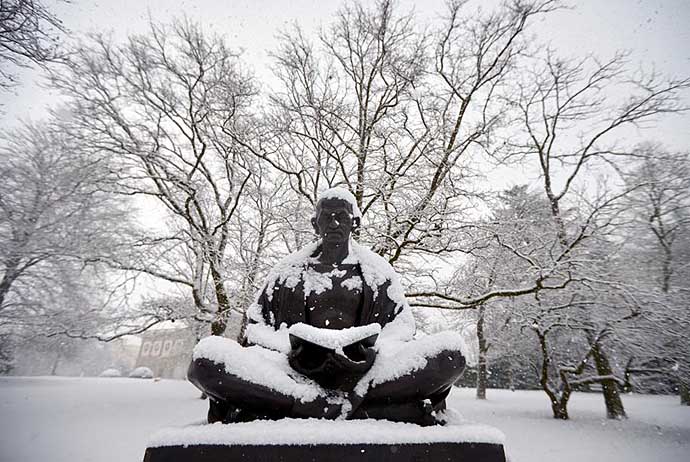 No regime would have been able to crush Gandhi's resolve by putting him behind bars. (Photo: Reuters)

A common misconception about satyagraha is that it is peaceful. Even though satyagraha abjures violence completely, that doesn’t preclude persecution of and violence by its followers. Gandhi was incarcerated on several occasions during the course of his satyagraha. There were many instances of mass killings of protesters during the movement, such as the infamous Jallianwala Bagh massacre or the killings of an estimated 729 people during the Quit India movement.

The Nazi regime has no equivalent in terms of barbarity and repression, not in the least in the British Raj. This is why anti-Nazi resistance in Germany remained scattered and leaderless. Still, the Nazi tactics would have been tested against Gandhi and his cadre of dedicated followers.

If Nazis wouldn’t have agreed to any political compromise, it would have led to civil disobedience and non-violent protests. Sending Gandhi to a concentration camp or killing him would have only made the situation worse.

The defining feature of Nazi rule was the systematic and methodical control of public order. One of the reasons why Germany remained indifferent and uninformed about Nazi atrocities for a long time.

A satyagraha in Germany wouldn’t have avoided death and destruction; something its followers would have known they have to go through. But the massacres would have happened in plain sight of the people and not in a clandestine manner in secret camps as it actually happened.

Ordinary Germans, who showed as much horror as the rest of the world when Nazi crimes against humanity came to light, could as well have revolted against the Nazi regime. In that case, Germany would have avoided the catastrophe that befell the country.