Like Savarkar to Godse, how Indian right wing is killing Gandhi all over again

How do you kill someone again? By erasing what s/he stood for. If Nathuram Vinayak Godse pulled the trigger of a gun that felled Mohandas Karamchand Gandhi on January 30, 1948, the replay of that primordial terrorism of postcolonial India is happening every day in India 2018 because the memories of Gandhi - the good, bad and somewhat ugly - are being desecrated, erased, annihilated at a rate that's unpardonable, almost making him the villain in his own tragedy. 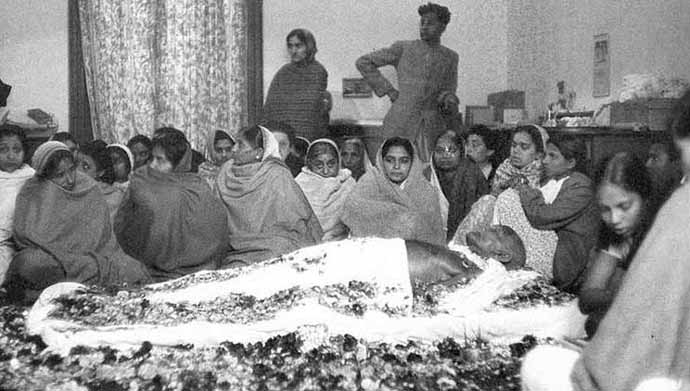 70 years since members of Sangh Parivar were officially held responsible for the assassination of India's "founding father", the "Greatest Indian" is getting the most violent of historical and political treatment in the history of independent India. It's not the intellectual criticism, fierce and unsparing, of the Perry Anderson or Arundhati Roy variety. It's not the debates - healthy and thoughtful - on Gandhi's injecting of religion into the idea of India, the deeply problematic issues with his Hind Swaraj, Gandhi's not-so-latent racism during his years in apartheid-era South Africa. No, for intellectual re-interrogation of the "Mahatma's" legacy, no matter how irreverent, cannot be called violent by any stretch of imagination.

The first act of terror on independent Indian soil was an instance of Hindutva terror, killing Gandhi. Godse and Narayan Apte, convicted and hanged for the murder, were however, not alone in their heinous plot. Who whispered into their ears the necessity of eliminating Gandhi? Most conclusive proofs have been collected that point the finger towards Vinayak Damodar Savarkar, who himself had coined the term "Hindutva". That he saw the ideology bear its foundational fruit of blood in 1948 itself was a hideous example of how quickly the Nazi-inspired ideological cancer could spread in the body politic.

The assassination of Gandhi by Godse in the nascent days of independent India was not just a deep scar in the face of a newborn nation, it was a foreboding of what can come if allowed to go unchecked. If Gandhi represented the nation in the most visceral way, if he fasted for the country and turned his own body into an instrument of persuasion, of non-violent resistance to the colonial powers and then a flesh-and-blood steering wheel to drive the tumultuous passions of an uncertain people at a crossroads, then eliminating his body in the most violent manner was a statement in itself. A statement against a gentler idea of India.

It is that gentleness, that compassionate kernel of India the nation, held together by a Constitution that was as inclusive and just as was possible at that time, guided by the same generosity of spirit, of kindness and peace, of love and fraternity, of liberty and dignity, equality and responsibility - that's getting murdered every single day in India now. The Godse fan-clubs thrive in Narendra Modi's India with the prime minister's active blessings, the Godse and Savarkar and Golwalkar fan boys and girls in his government, in his party, the many official attempts to resurrect, gentrify those in the greater Sangh Parivar, are the signs of the disease taking deep roots in Indian body politic - the ideological melanoma that's Hindutva. 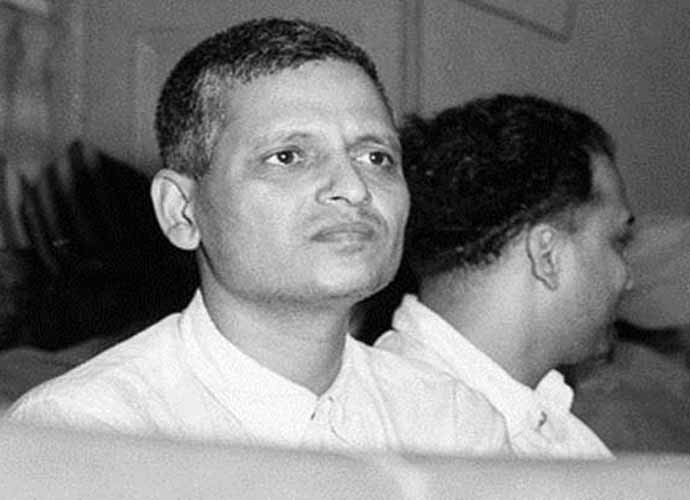 It's not that the Supreme Court heard an extraordinary plea reopening the Gandhi murder case, only to be told, once again that it was none other than Nathuram Godse who killed the Mahatma. It was the justification for the murder that office-bearers in the ruling BJP casually threw around, poisoning social media, the new blood stream of the gigantic organism that's India, with their "hear out Godse", "Godse had his reasons" - that was the tipping point.

Just like it was Savarkar, Golwalkar and others who espoused an integral violence for the cause of Hindutva, who brainwashed the likes of Godse to such an extent that the latter pumped in three bullets into Gandhi in the heart of Delhi, the seat of old and new power, after the leader's morning prayers, the Indian political right wing is spewing its daily dose of ideological violence into the nation's heart, soul and gut. It's not just the political leaders - elected or in the party, or in RSS, VHP, Bajrang Dal and other "cultural organisations"; it's also their apparatchiks in the media who are adding fuel to the fire of boundless hate. And just like Savarkar escaped conviction for his pivotal role in killing Gandhi, the right wing too expects to go scot-free.

If the Kasganj episode is any indication, rumour-mongering to violent ends has once again come from right wing apparatchiks masquerading as journalists and damaging the profession irreversibly. Journalists with TV programmes on most-watched channels, journalists with massive Twitter following are relying on unverified, purely malignant misinformation to colour the right wing-induced violence as one driven by minorities. The constant dog-whistling, the climate of extreme and violent provocation, the daily insults to the patriotism of Muslims, Christians and Sikhs, have shown how the entire right wing has now, as was feared in 1948 itself, turned into "riot wing", engineering unrest in almost every state of India for political sustenance. To say that they have all become clones of Savarkar would be accurate, yet perhaps a matter of pride for these merchants of hate. They are manufacturing Godses at industrial rates, in the hate factories of social media and WhatsApp, making abuse and assault the only acceptable form of communication towards the ideological opponent. Whether it's Karnataka or Kerala or Uttar Pradesh or India's most maligned and best performing university in JNU, the siege upon the nation's conceptually gentle heart and mind is for everyone to behold.

As Gandhi is paid respects to by the officialdom today at his resting place, the irony of those erasing his legacy of compassion with their hate making a beeline with flower wreaths for Raj Ghat couldn't be more pronounced. Those appropriating Gandhi for their ends, turning the Mahatma into a figure of hate for the Hindutva followers, will be paying fake respect to a legend they must assassinate every day in their political propaganda.

India 2018 is high on caustic irony of the most unwholesome kind. The Constitution is being violated and insulted on a daily basis by the ruling elite, the party that led the freedom struggle is a pale shadow of its former self, its leaders though most staunchly secular have a lot to prove in electoral politics, while its original architects, whether BR Ambedkar, or Jawaharlal Nehru, or Sardar Patel, are memory pawns in a game of sickening politics of appropriation, denuding each and every one of them of their radical edge. That a political cluster with no role in the freedom struggle is dictating how India should remember independence, how it should understand Gandhi, among others, is the cruelest joke that the nation is witnessing on itself at this juncture.

The only way to resurrect Gandhi, prevent him from getting assassinated again and again is by reclaiming what he stood for. It's the politics of love in the most expansive form, it's constitutionality, it's secularism of the unflinching variety, it's justice that's itself just, it's saying no to violence once and for all. Unless Indians pull themselves out of this bloody spiral, the nation's body will re-enact the trials and tribulations of the frail Mahatma who died so that no one else has to.