Are these the funniest Manike Mage Hithe covers? 12 viral videos

The Manike Mage Hithe trend continues with Silli-brities and the common man creating funny reels, regional variations, and even sharing stories. Here are a few fun videos from across the country.

Manike Mage Hithe is a song that even Amitabh Bacchhan can’t stop listening to on loop. The latest one to join the ranks of popular earworms, Manike Mage Hithe joins the likes of Kolaveri Di, DJ wale Babu and Chittiyan Kallaiyan. Sung in Sinhala by Yohani De Silva as a TikTok cover song, she was invited to record the entire song by the song’s producer Chamath Sangeet.

SO WHAT MAKES IT SO CATCHY? Manike Mage Hithe has four components that make it an earworm song (a song that will keep playing on loop in your mind). The song has a smooth build-up, which connects the catchy hook line to the rest of the song. A sweet and simple melody with interesting twists in syllables keeps the rhythm hummable and interesting. Insert a few lines by a male hip hop singer and there we have it, the cherry on the cake. Manike Mage Hithe has dominated the charts in India and Maldives, with the top spot in iTunes Top 100, Top Viral 50 in Spotify Global, and Spotify India too. 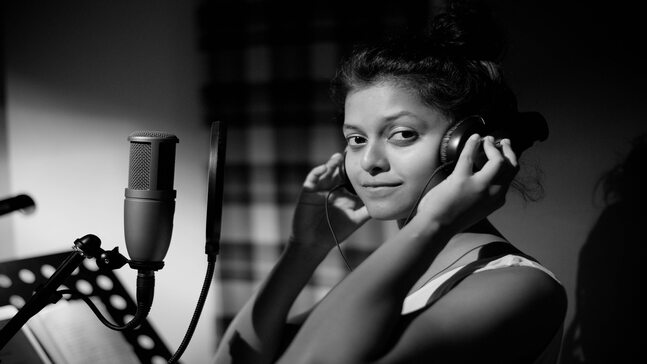 Also, we cannot ignore Yohani’s striking facial expressions as she constantly communicates with her eyes, eyebrows and smile. People seem to feel the song even if they don’t understand it, because it sounds familiar and foreign at the same time due to the common Odia and Bengali roots. Her expressions compensate for the gap in the language. 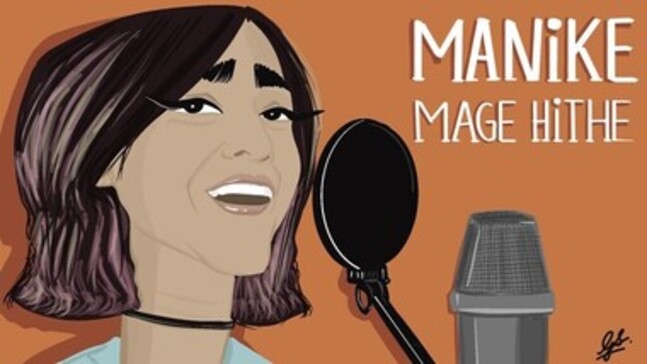 HOW THE SONG WENT VIRAL: The song inspired many to test their voice, sing along, and create their own memorable versions on the internet. While a lot of them tried, some gave us goose bumps and some made us question our time-management skills. Here's a list of terrifying content that we would recommend you to watch to beat some of those midweek blues.

*Warning: These creative works collated for your pleasure might also shock you temporarily*

THE MANY NEW COVERS:

1. Sugandha Mishra and Dr Saket Bhosle created their own comic version of the song.

2. Here is an effortless family creation, where they took the song, changed it to Assamese, inserted a funny story line, and got people hooked.

3. These guys decided to create something. Unfortunately, they seem to be shocked at their own Bengali skills.

4. Even Talking Tom got a whiff of the viral song and pitched in his contribution.

5. Kinda Vines from North East India created a funny compilation of songs to entertain their viewers.

6. A group of boys showed their incompetence in Bangla.

7. While some showed how bad their Hindi was.

NOW, THE REALLY BAD ONES:

8. A young lad from Chatttisgarh couldn't even get one first phrase right.

9. You might be acquainted with Bangladeshi superstar Hero Alom, and if you're not, this video will help you. Hero Alom's video got over 35,000 comments and half a crore views. One of the most liked comments by a listener mentioned how listening to Alom's version on the loudspeaker got his wheelchair-ridden grandmother to finally get up from her wheelchair to turn this off (that has to be an exaggeration... we hope, really hope).

10. Ranu Mondal, who sang her way to fame overnight in 2019 with a Lata Mangeshkar rendition, also ensured that her version of the song was up for her viewers.

11. Someone recreated the Yohani look by wearing a fake wig, an accent, and the song itself.

AND FINALLY, A BONUS VERSION:

12. Salman Khan, who messed up the lyrics even after being taught by the singer herself!

Which one did you like (or hate) the most? Let us know in the comments section.