Manjamma Jogati, a transgender folk dancer, blessed President Kovind as he conferred her with the Padma Shri. But what has the journey of Manjamma, from Bellary to the Padma Shri, been like?

Chhakka. The word is often used as an insult. We see them at traffic signals begging for pennies. No celebration is complete without their blessings. But the society is still light years away from accepting them without that frown. The journey of Manjamma B Jogati might help change the narrative.

Transgender folk dancer Manjamma Jogati rose from nothing to being conferred the Padma Shri. But her life has hardly been a path strewn with rose petals. Speaking to India Today in an exclusive interview, Manjamma revealed what it was like.

Manjamma Jogati did not choose to be born the way she did. Her family abandoned her at the age of 15 because she was born in the 'wrong' gender. Knowing no other choice, Manjamma tried to take her own life by consuming poison. She survived.

Manjamma was born Manjunatha Shetty in Karnataka, as one of 21 children. Her body began to change when she hit puberty. When she was thrown outof her home, her parents told her she was neither a woman nor a man, not even a specially abled person who could be looked after. For them she was an alien and a humiliation. 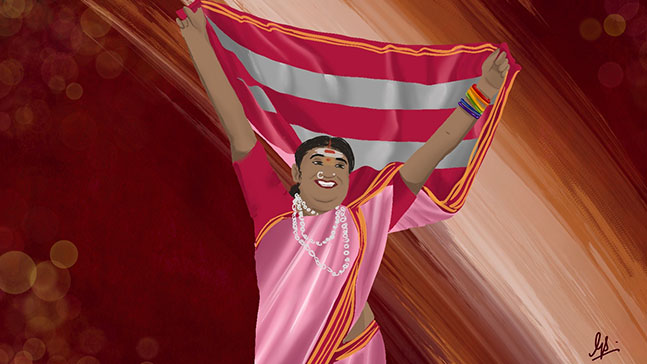 3. 'HAD TO BEG ON THE STREETS OF DAVANAGERE'

For one year, Manjamma begged on the streets of Davanagere to make a living. She was also sexually assaulted. She eventually left for Hosapete, where she eked out a living cooking and taking tuition.

Manjamma met her saving grace – her guru Kallava Jogathi in Hosapete, from whom she learnt the Jogathi Nritya, a form of folk dance. She mastered the art form so well, that the then Karnataka Chief Minister BS Yediyurappa made her the president of the Karnataka Janapada Academy. Manjamma is the first transperson to hold the post.

Manjamma said she would have treaded the path of begging and prostitution like other people from the trans community, if it wasn’t for her dance.

Manjamma also said that the overwhelming response she received on social media seemed to be an indicator that the society is nearing acceptance.

You can watch the full interview with Manjamma Jogati here.